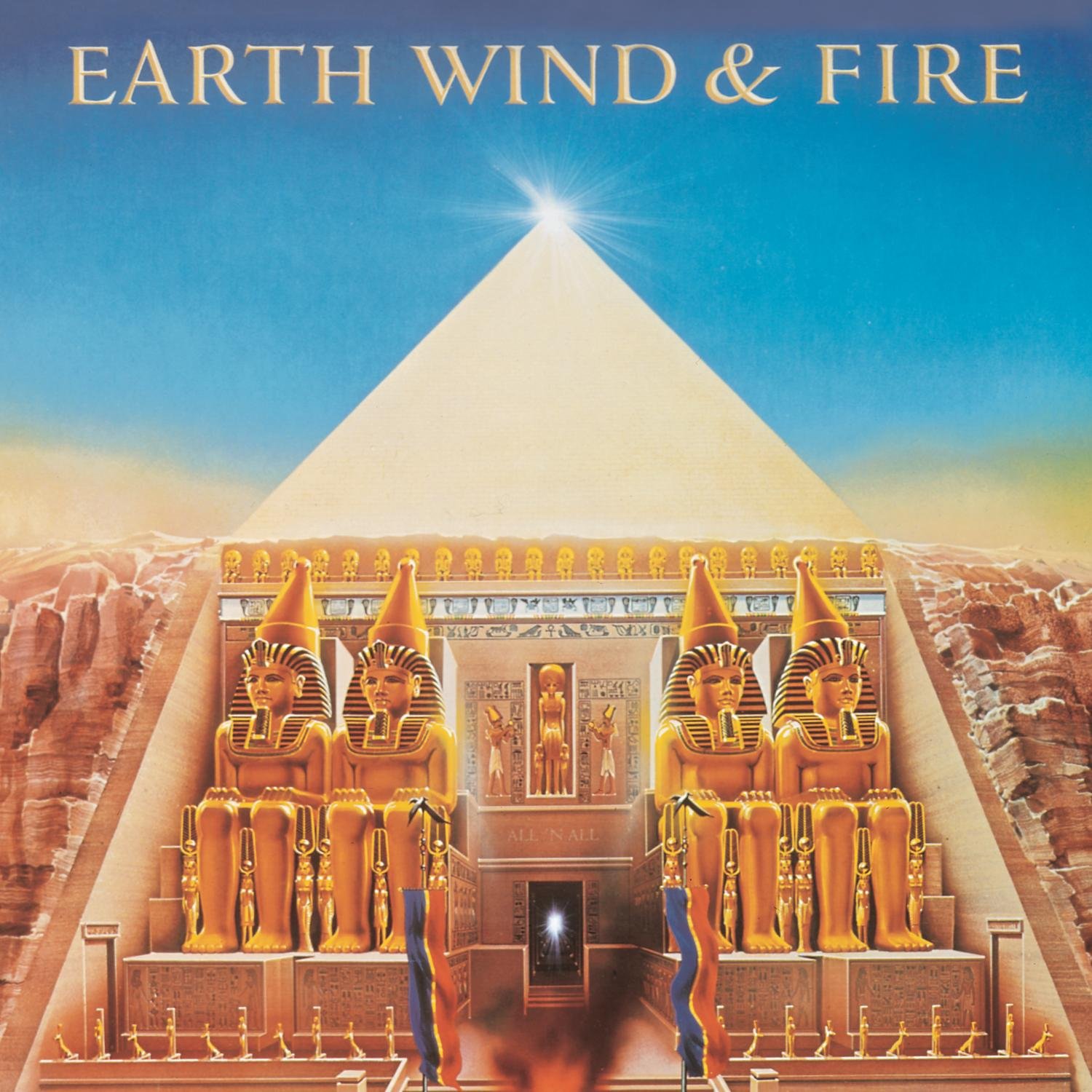 Seeking universal love and spiritual enlightenment? Caught in the thrall of ‘70s Hollywood space travel? Itching to groove over the funky rhythms of Sly Stone while at the same time bask in the comfort of pop crossover accessibility? One probably wouldn’t go in search of all these things in one musical product, but these are among the essential elements of Earth, Wind & Fire. With his signature “yows”, ringleader Maurice White gets overshadowed by the more dense funk of George Clinton and company, and EWF albums are for the most part immune to the collectors’ markup afforded the P-Punk canon. Which means you can get stellar albums from one of the great MOR-funk groups for just a song—and any one of the group’s mid-late ‘70s run is worth it for that song and more; for instance, the 1977 album All ‘n All, which delivers a distinct, optimistic message that the most commercial pop music can be a refuge for unusual ideas and an ever anachronistic optimism, sold by means of hip-shaking beats and smooth vocal harmonies that convey the best of the earth’s basic ingredients: earth, wind and fire.

In his 2016 memoir, My Life with Earth, Wind & Fire, Maurice White explains that despite the commercial groundswell the band earned thanks to the success of the bicentennial-year release Spirit—a windfall that enabled him to buy a 12-and-a-half acre property overlooking California wine country—“I had to face the fact that I was worn out.” The band was starting to work without longtime producer Charles Stepney, who singer-percussionist Philip Bailey saw as a kind of father figure, and the members felt the pressure of the spotlight. So what did White do? He went to Brazil, and found inspiration.

In Brazil, White met legendary musicians like Eumir Deodato and Milton Nascimento, and their influence fed the new album. “Brazil saved me,” White wrote, and he emerged from the experience as if reborn, baptized by fire…a specific kind of fire.

The brilliant light-funk of “Serpentine Fire” kicks off All ‘n All with what White calls “an abstract lyric about kundalini energy.” The arrangement is both primal and slick, the leading percussion and bassline bursting with a shimmer before the funk kicks in. These lyrics seem contradictory: “Tell all the world/ My need is fulfilled/ And that’s a new design,” but then again: “As long as you’re near/ There is no fear/ Of a victory.” The target of this vision isn’t conquest but a passive spark: “I wanna see your face/ In the morning sun/ Ignite my energy, ow”—note the line ends not with a “yow” but an “ow”—this ignition is a painful birth, but one had best let the higher power and/or the music start the fire inside.

Would you believe the next song, which took three months to write, was inspired by Close Encounters of the Third Kind? “Fantasy” seems to have been pulled from the cheesiest inspirational verse: “Come to see/ Victory/ In a land called fantasy/ Living life for you and me/ To behold/ To your soul is ecstasy.” Even co-writer Eddie Del Barrio, whose ideas jump-started the track, thought that White’s initial demo was, contrary to the enlightened final subject matter, “a total piece of shit!” But it all came together in an irresistible anthem so universal that it ended up a favorite at sporting events in Japan—in fact, it was a Japanese illustrator, Shusei Nagaoka, who designed the inner gatefold art, which features symbols of the world’s religions converging on a single God.

All ‘n All is heady and positive, ancient and futuristic, thoroughly modern technically and completely out-of-step with ‘70s hedonism, yet immensely pleasurable. The downtempo, gospel-flavored “Be Ever Wonderful” closes the album with another lyric that in lesser hands would seem little more than platitudes: “‘Cause what I wanna do/ and what I’d like to tell you/ May not be as you see/ As you live today what I wanna say is/ Be ever wonderful in your own sweet way.” But the gorgeous vocal arrangements give it a heavenly pop sheen. EWF would go on to more secular smashes like the Beatles cover “Got To Get You Into My Life,” one of the few successful tracks on the ill-fated Sgt. Pepper soundtrack, and the melancholy autumnal ode “September.” But here, not for the first and the last time, White and his band somehow combine gospel inspiration and space travel into a pop juggernaut. So if you see an Earth, Wind & Fire album in the bargain bin—and you will, eventually—pick it up and await lift off.