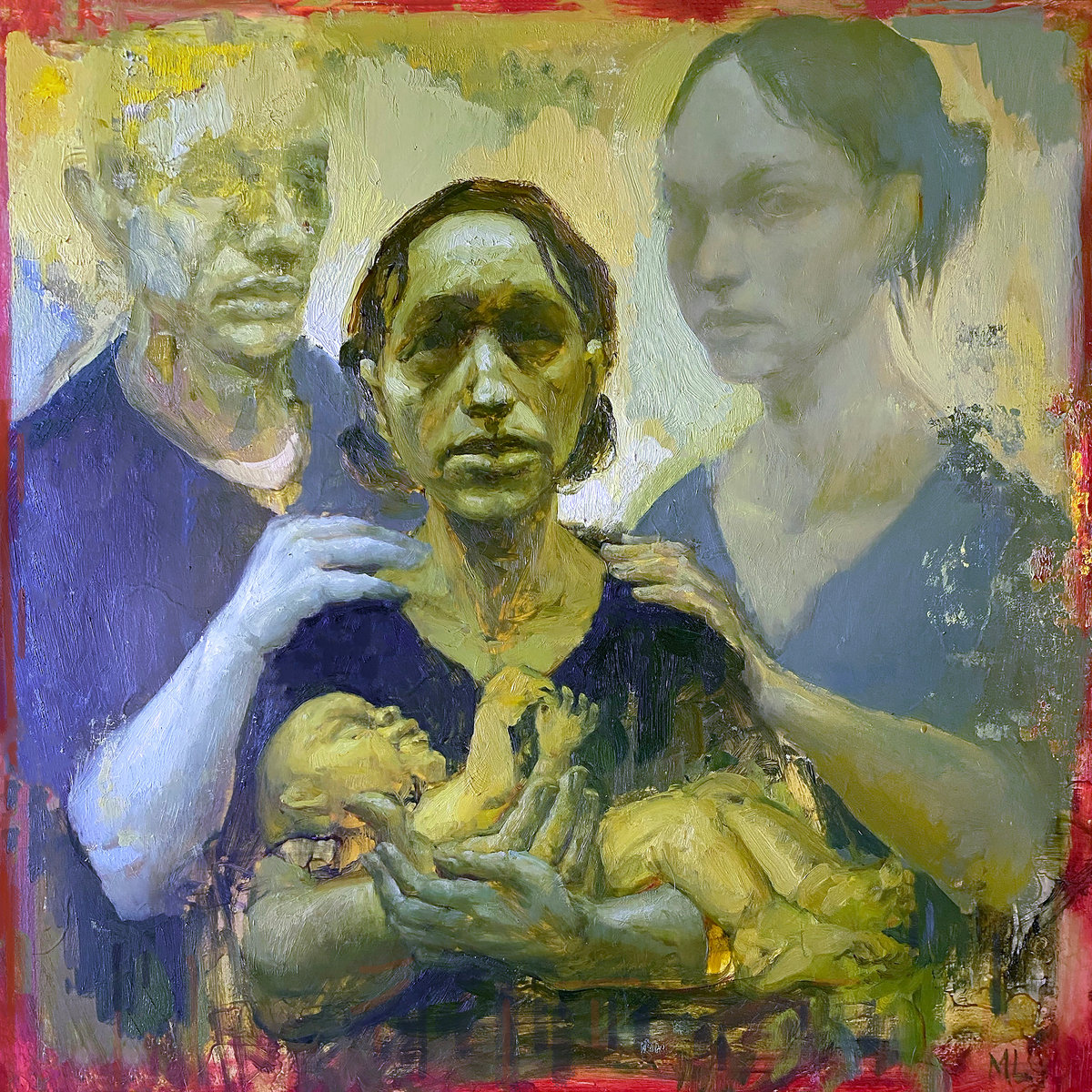 From the moment their 2012 debut Sorrow and Extinction immediately established them as a major voice in the doom metal revival, Arkansas’ Pallbearer have been sidestepping expectations. Wearing their love of obscure prog on their sleeves alongside their trad metal patches, the band have crafted an increasingly elaborate sound which eschews the more demonstrative, narcissistic side of progressive rock in favor of complex moods and sweeping compositions. This culminated with 2017’s Heartless, an epic that saw the band’s most ambitious, emotionally varied work yet. Which makes Forgotten Days, their latest, a somewhat unexpected pivot backwards.

Pallbearer’s fourth LP is their most straightforward album since their debut, and possibly the heaviest to date. Compare the elegant, soaring “I Saw the End” that kicked off the last record to the opening title track here. With a riff that reverberates off of canyon walls with all the pomp of epic doom masters Solitude Aeturnus, Pallbearer sound both towering and visceral. Written by frontman Brett Campbell in response to watching his grandmother succumb to Alzheimer’s, the song communicates the anger of both the sufferer who is losing their sense of self and the involuntary frustrations of loved ones who can see that recognition fading in their relative’s eyes. “These years, my lifetime/ Everything I am/ I can feel them slipping away/ Like sand through my fragile hands,” he croons as the track churns underneath him. At six-and-a-half minutes, the song is in line with other Pallbearer openers in terms of length, but there’s a directness here that feels bracing.

Elsewhere, the band experiments with the shortest songs of their career. “Stasis” and “The Quicksand of Existing” each clock in at four minutes, short enough to make an old-school single and a change-up for a group whose previous album ran a full hour with only seven songs. On the former, Campbell and Devin Holt’s guitars diverge as one soars over the other’s sludgy riff and the ambling rhythm of Joseph D. Rowland and drummer Mark Lierly. The latter is pure air guitar heaven, rolling out on a killer, crunching riff that would sound comfortably at home on a Mastodon record until it bursts into a gorgeous, climbing solo that turns ever more psychedelic as more and more distortion is added.

These tracks flank the album’s centerpiece, a classic Pallbearer epic named “Silver Wings.” Droning electronics give way to a cascading doom pattern that sounds like beasts trapped in a tar pit trying to thrash their way out. In short order, though, it settles into the band’s quintessential tone: grayscale, overwhelming depression, of a sort defined less by the aggressiveness metal epitomizes than the heaviness turned back inward in gloomy, trudging pain. Vocal harmonies put added oomph into Campbell’s bleary-eyed, agonizingly slow delivery of feel-bad lines like “The slow march of time/ Turns even the greatest of triumphs/ To nothing.” By now Campbell is an expert in writing grandiose tracks, but here he and the band impressively manage to stretch out the song to the arduous lengths common to stoner bands who can ride a riff from the studio all the way to Alpha Centauri while maintaining its specific emotional energy.

Indeed, as ever, the group’s best attribute is its command of doom metal’s grasp of insular, somber gloom, a trait embodied best by Campbell’s voice. Though it may lack the soaring operatics of the genre’s classic tenors like Messiah Marcolin or Robert Lowe, his mid-range, clean vocals increasingly stand out in a contemporary field dominated by growlers and grunters more influenced by the shredded rasps of sludge and death metal than the likes of Ozzy Osbourne. Campbell may not have a wide vocal range, but he injects his singing with a plaintive deadpan that gives it a mournful, longing quality, similar to Warning’s Pat Walker. The simplicity of the approach ironically conveys depth, making relatable and keening what could be torturous metal imagery on, say, “Riverbed” when he softly croons “Worn away, the years crawl by/ As arbors wither slow, becoming deserts dry.”

The flipside of this emotional immediacy is that Campbell’s locked register can sometimes make Pallbearer sound more uniform in their composition than they actually are, and the last stretch of Forgotten Days can feel like it bleeds together despite the strong quality of “Rite of Passage” and especially closer “Caledonia,” a dense track that deals with the death of Holt’s mother. It’s a subject whose rawness helps to prevent what is otherwise the album’s proggiest moment from drifting too far away from the heavy immediacy of the rest. That the band can juggle their songwriting ambitions with a back-to-basics method is invigorating proof that a group who seemed, with Heartless, to have the potential to make like Opeth and float away from metal entirely, can still match riffs with any of their contemporaries. While it may lack the sheer breadth of its predecessor, Forgotten Days only reaffirms that in a fecund doom metal scene that is arguably enjoying its most creatively rewarding period ever, Pallbearer stand near the top of a crowded heap.