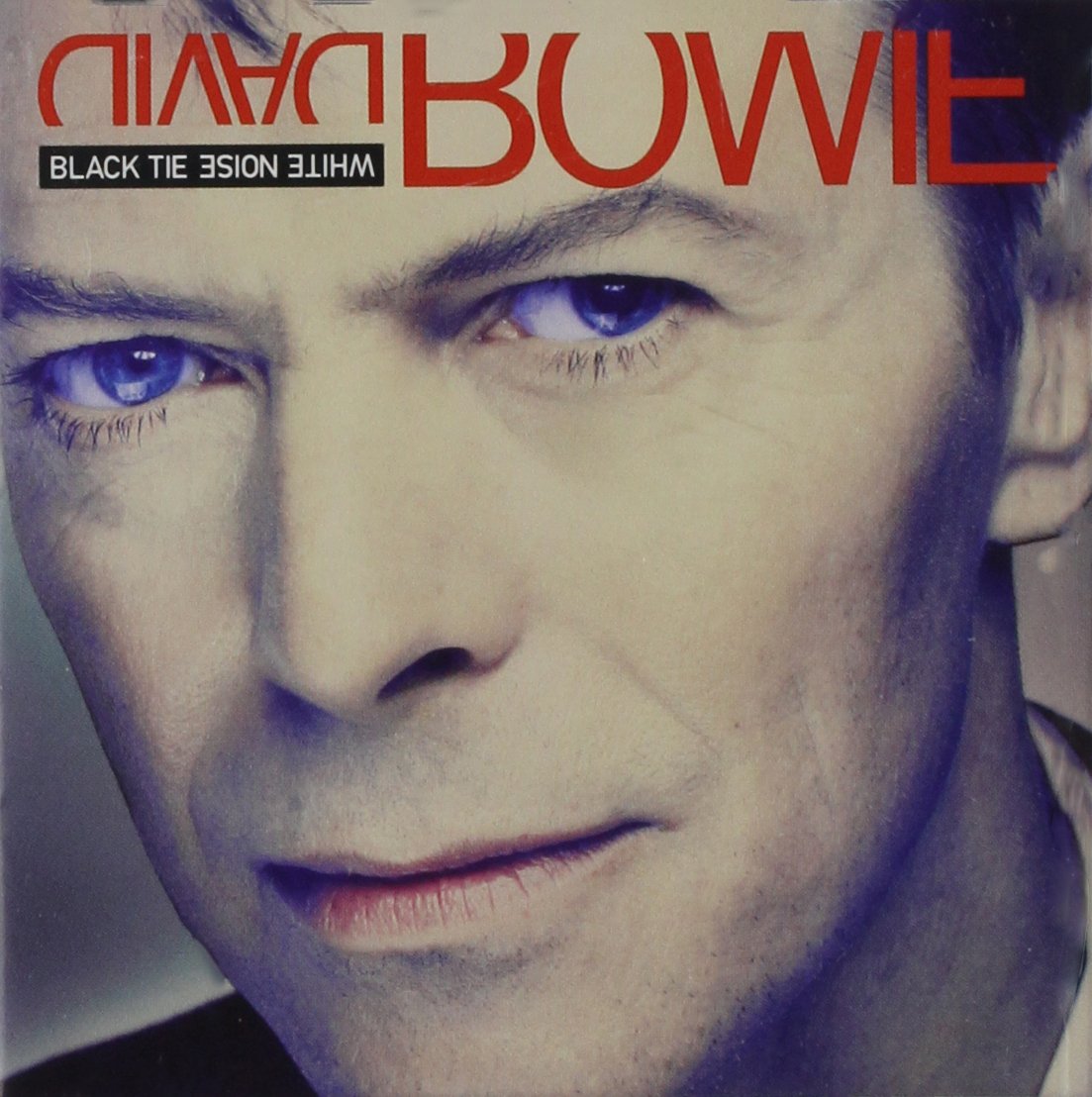 Two decades after penning those infamous lyrics, “Time may change me/ But I can’t trace time,” David Bowie embodied “Changes” with the release of Black Tie White Noise. Following lackluster releases Tonight in 1984 and Never Let Me Down in 1987, Bowie played with the band Tin Machine, acted in films, met and married model Iman Abdulmajid and rededicated himself to working as a solo artist. Bowie reunited with Nile Rodgers, with whom he co-produced Let’s Dance, but the new album was written and produced at a slower, more careful pace. The changes in his life made Bowie less frenetic, less impatient and more open emotionally. While Black Tie White Noise had mixed critical reviews, the album was seen as a revival for Bowie fans.

The album had its genesis in music Bowie composed for his formal, public wedding to Iman. The couple were married in a civil ceremony then decided to conduct a larger ceremony with guests and public fanfare in Florence, Italy. The first and final songs on the album, “The Wedding” and “The Wedding Song” frame Black Tie White Noise, Bowie’s dedication to his new wife and marriage. “The Wedding” opens with tubular bells ringing, with funky rhythms mixing in to fill out the song with percussion and horns. Bowie joins the horns, playing saxophone on the instrumental track.

In interviews at the time the album was released, Bowie explained the various meanings in its title. David Bowie was a white man married to a Black woman. The newly-married couple moved to Los Angeles in 1992 on the eve of the Rodney King verdict, watching the subsequent riots unfold in the aftermath of longstanding systemic racism in the city. Another inspiration for the title was Bowie’s homage to the Black music he grew up listening to that shaped his development as a musician. The title contrasts his ties to the power of Black music to the white noise of electronic music that is used to artificially create the sounds of percussion instruments.

The album title is not the only backstory on Black Tie White Noise. “You’ve Been Around,” which follows “The Wedding” as the album’s second track, was originally recorded by Tin Machine. The song was never released as a Tin Machine track because Bowie was dissatisfied with it, so his reappropriation of the song was seen to signal the terminus of Tin Machine. Dense with instrumentation and a somewhat distorted vocal track, “You’ve Been Around” is surprisingly danceable. Like “The Wedding,” the horn solo is a step back in time to the music that inspired a young David Jones before he became Bowie.

Bowie’s cover of the Cream song “I Feel Free” was a tribute to his half-brother, who experienced a psychotic episode at a Cream concert with Bowie. Mick Ronson, who played on five of Bowie’s previous albums and toured with him, played lead guitar on “I Feel Free.” Ronson died a few weeks later from liver cancer. “Jump They Say” also honored Bowie’s brother and his death from suicide.

Although Bowie wanted to make sure that title track, “Black Tie White Noise,” would not reflect the same kind of naive statement against race presented in songs like Stevie Wonder and Paul McCartney’s “Ebony and Ivory,” he succeeds musically but with disappointing lyrics. The song opens with a tired cultural critique: “Getting my facts from a Benneton ad/ I’m lookin’ through African eyes/ Lit by the glare of an L.A. fire/ I’ve got a face, not just my race, bang bang/ I’ve got you babe.” The effort is not aided by his call outs to Marvin Gaye’s “What’s Going On” and “We Shall Overcome,” which became a banner protest song during the Civil Rights movement.

The upbeat “Miracle Goodnight” signals the more emotionally open, more joyful Bowie. Even the repeated line “It was only make believe” does not diminish this song’s status as one of Bowie’s most complete love songs.

Like previous Bowie albums, the origins of the songs included on Black Tie White Noise are eclectic. Along with songs written specifically for the album, there are a handful of covers, along with songs Bowie previously coauthored with other musicians. Despite this, the songs hang together as one of those albums that can be listened to all the way through, flowing from one to the next. The album ends with the same tubular bells played at the beginning, creating a satisfying sense of closure.

Mud and Stars: by Sara Wheeler

A dedicated journey of literary tourism in Russia, reflecting on the biographies and liter…