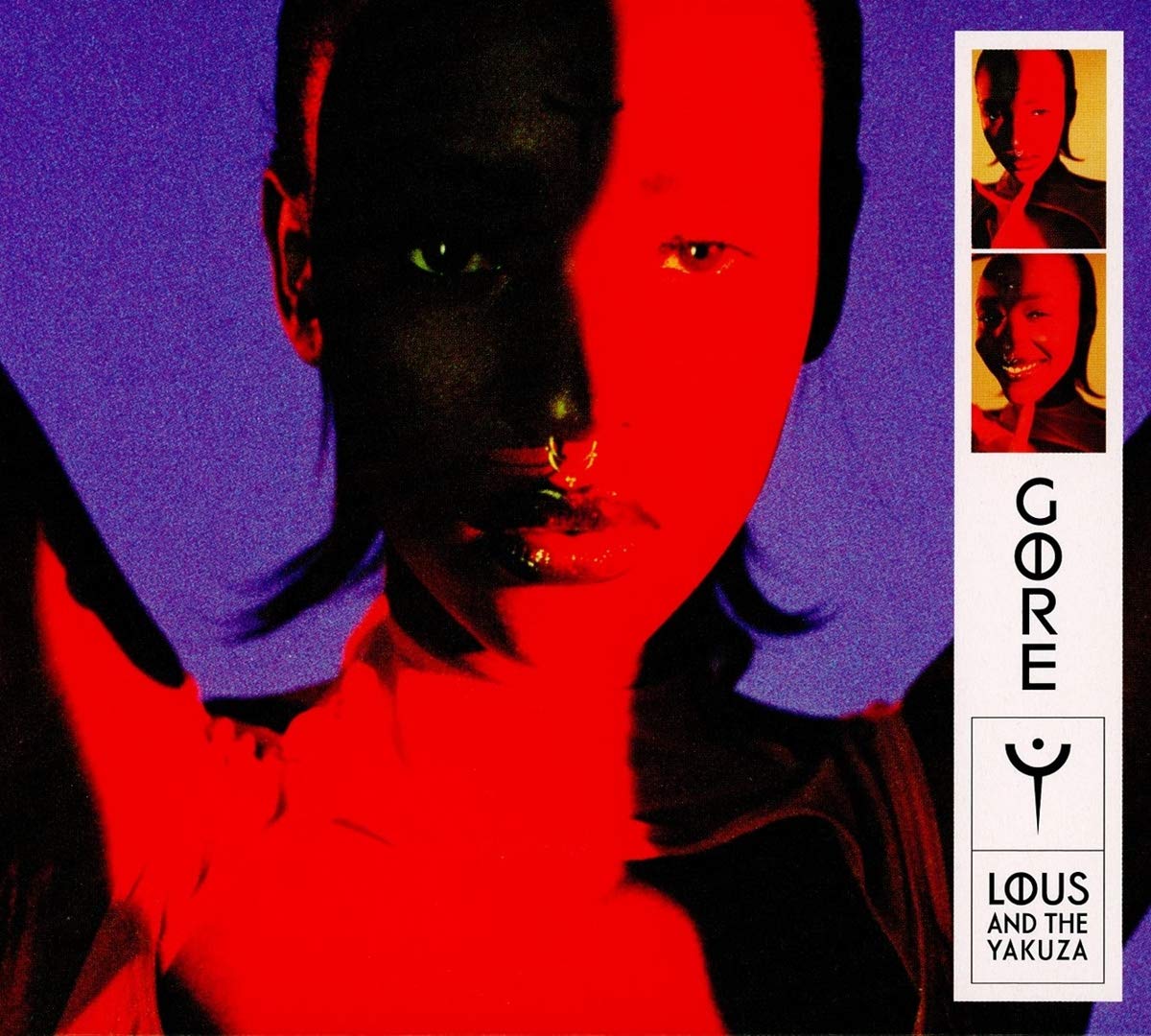 Sheer tenacity and willpower exude off of Lous and the Yakuza. Any one of her interviews reveals an artist with a refined vision and an unshakeable vigor. In the face of a whirlwind childhood, disownment and homelessness, she perseveres. “Je m’inspire de ma douleur” (“I take inspiration from my pain”) she coos, spinning the trials of her life into the thread of Gore, a debut whose creator stuck the dismount.

As the “soul” of the project, Lous, nee Marie-Pierra Kakoma, is the fountainhead, an endless spring of ideas which drives her forward and, at times, drives her mad. Her loner side pines for solitude (“Dilemme”), yet acknowledges the difficulties of a completely secluded, detached lifestyle. “Téléphone sonne” sees such extreme isolation initiate a spiral, just dexterous enough to grab moments of clarity in her tumble. Yet, in the end (and at the end in the album’s case), solitary existence is something Lous can fully put her trust in. In less-assured hands, such realizations typically resonate with the cold emptiness of the world, but it’s in this conviction that Lous finds her power: the self is all we have, so we must give it everything we got.

After all, Lous understands the chaos of existence. The LP takes its name from “Tout est gore,” the song’s meaning as inconspicuous as a knife in the heart. Undaunted by her spiral or the subsequent misery (“Dans la hess,” slang for “In the misery/ Poverty”), “Tout est gore” rises from the carnage, energized by an unnerving urge, one channeled into actions that would be considered less grisly but more brash. After building up her animus, she shouts “Don’t call me ‘pretty’”, pauses, and follows with a correction: “My crew is hot.” A dark setup leads to a cheeky brag.

“My life has been so hardcore, it’s better to laugh about it than to cry!” she says, drawing another conclusion from what’s “écrit sur mon corps” (“written on my body”). It matches another talent of hers, spinning subjects like gore and loneliness into jammable, or at least sway-able, moments. It’s a testament to her wide-spanning vision, one that also includes a marketing angle.

One of Gore’s selling points falls on Lous’ voice, a warm hum that occasionally grows to an anguished, emotive and still beautiful wail. In her calm, unwavering delivery, her struggles morph into tight, soothing melodies: friendships fall out via dancefloors (“Amigo”), and she sings of conflict and bigotry with a resolute calmness. “Solo,” minimally constructed on a wispy beat and harp, builds life lessons out of her darkest moments, namely the effects of Belgian colonialism over her birthplace of the Congo.

The trap influences on the record, brought out by Alex Tumay and El Guincho, actually help lend a cinematic element to Lous’ wounded rhymes. The spaces between beats allow her voice to pour outward, tinged by staccato synths or strings. In these open spaces, Lous expands outward through her storytelling. The sparseness of the genre suits stories as stark as sexual assault or a child’s reckoning with their parent’s sex work. By letting her dominate the song, Gore gives the lyrics and their melody the power, which allows the listener to savor its most powerful draw: Lous’ wisdom.

It’s a wisdom garnered through years of hardship and, more recently, success. Ever the sage, Lous realizes that victory, too, is only a temporary state. People go through highs and lows, but Lous and the Yakuza understands the most valuable moments are what we draw from the peaks and valleys. “We come back from everything/ Even success” is a line that reveals and revels in another side of life. With success already firmly staked in her 24-year journey, Lous is probably thrilled to see where it all takes her next.