With the election of Joe Biden as president, there is hope that many of Donald Trump’s aggressive anti-LGBTQ+ policies will be overturned and replaced with protections for queer citizens. For the past years, queer, trans and non-binary people have seen the rise of an intolerance legitimized by Trump’s brand of politics including allowing employers to fire trans people, supporting shopkeepers who refused service to gay customers and attempting to kick trans servicepeople out of the military. While a Biden win will not remove the stigma our LGBTQ+ friends struggle with daily, it is likely these basic protections will be restored and more work will be done to fight for them when bigotry rears its head. This is why a film such as Paris is Burning, Jennie Livingston’s 1990 documentary about New York City’s Black and Latinx drag-ball scene is still an important film 30 years after its release, a snapshot of a specific time and place that humanizes its subjects and allows those of us in a place of privilege to understand them better.

Livingston captures the joy and the pain associated with the ball scene of the late ‘80s by focusing on a handful of “houses,” coteries that compete in various categories that range from the most “real” to pulling off looking like a straight executive. Balls allowed people to feel a modicum of acceptance, adulation and fulfillment in a community plagued by AIDS and numerous other issues from homophobia to addiction. The balls gave them an opportunity to escape, a family of sorts that bands together when the rest of society turns it back. These people matter. Paris is Burning makes it hard to dismiss this notion.

The idea of the American Dream runs rampant through the film. Many of Livingston’s subjects want to be famous, want to be adored, want to be rich. It’s just wrapped in a different skin, a section of our population that many believe do not deserve to fulfill the fantasy of upward mobility whispered to American young. Though Paris is Burning did elevate the ball scene to an international level, most of the film’s subjects would never realize their dreams. Only one, Willi Ninja, would get famous for bringing vogueing into the mainstream. Sadly, Ninja would perish at 45 from AIDS-related heart failure in 2006. 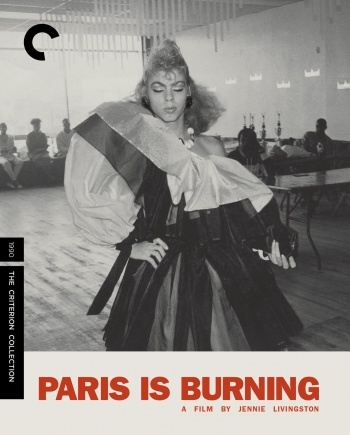 Paris is Burning remains controversial for its filmmaker. Livingston, a Jewish Yale graduate, became hipped to the ball scene when she encountered some of its members in Washington Square Park. While she initially planned to chronicle the balls in a series of photographs, she eventually decided on making a movie. While some criticized Livingston, a lesbian, for documenting a community to which she did not belong, her film is still revered as a staple of queer cinema. The pursuit is a noble one, especially in a time when Black and Latinx queer people would have had trouble finding funding for the project, something Livingston herself struggled with.

Even though many of the film’s most exhilarating moments take place during the balls, Paris is Burning also presents a devastating character study of many of the denizens who we see perform. Dorian Corey, an aging queen, explains the many difficulties her community faces, especially when confronted with drug addiction, homelessness and hustling to get by. This milieu is a far cry from the set Madonna fetes in her 1990 hit, “Vogue,” a song that pilfered from the community but never gave anything back.

The most heartbreaking story of all belong to Venus Xtravaganza, a young multi-racial trans woman who has left her home and gets by hustling. At the end of the film, Xtravaganza lays out to Dickinson her litany of desires for the future: “I want a car. I want to be with the man I love. I want a nice home, away from New York, up in Peekskill or maybe in Florida. Somewhere far where no one knows me.”

Dickinson holds Venus in a fixed shot as she continues: “I want my sex changed. I want to get married in church in white. I want to be a complete woman. I want to be a professional model behind cameras in the high-fashion world. I want this. This is what I want, and I’m gonna go for it.”

These sound like the desires of any American teenage girl, at least one who buys into the notion of the American Dream. Sadly, Venus never had the opportunity to fulfill these goals as she was murdered, by a supposed john, before the film was completed.

And now we hopefully turn a new corner, one where Black and Latinx and LGBTQ+ people will be recognized and valued. One where we, those who dream, want them to also realize theirs. The people in Paris in Burning strive for realness. What does that mean? To be a woman when society tells them they aren’t. If anything, the film teaches us a lesson in compassion and allows these women, who once strutted and danced and threw shade in a ballroom in Harlem, the chance to do so again. And again.