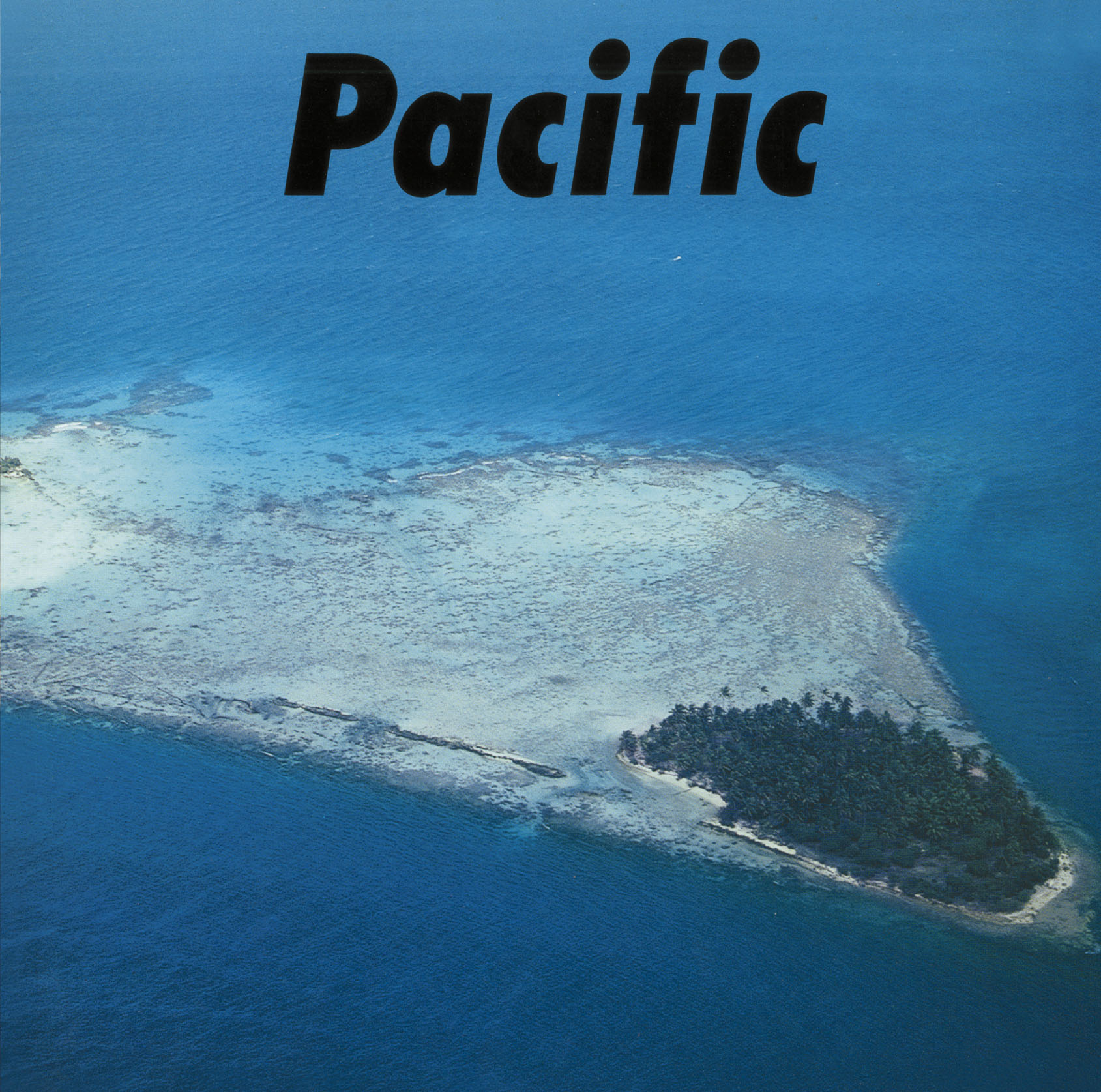 Over the past few years, Light in the Attic has released a series of comps that survey various factions of Japanese commercial music, from the ‘70s folk-pop of Even a Tree Can Shed Tears to the City Pop of Pacific Breeze and the ambient and background music of Kankyo Ongaku. All these threads came together in an album that seemed like a throwaway piece of retro-lounge kitsch. Yet with the likes of Shigeru Suzuki, Tatsuro Yamashita and Haruomi Hosono behind it, Pacific, originally released in 1978 and now available in a pricy but must-own vinyl reissue, is brilliant, essential instrumental pop.

The ubiquitous Hosono, who at the time this was recorded was in the middle of forming Yellow Magic Orchestra with Ryuichi Sakamoto (a co-producer here), is one of the driving forces, along with fellow Happy End guitarist Suzuki and Sugar Babe singer-songwriter Yamashita. Each artist composed material for Pacific, and the inventive, deceptively complex material and arrangements keep things varied in what would for all the world appear like a bland tourist-trap of an album.

But that cover image already hints at something up their sleeve, a ribald visual pun turning the tranquil island scene into something that represents the origin of the world. Hosono’s opening track “The Last Paradise” begins with a lounge lizardy piano chord before launching into a glassy synth figure that’s pure ‘70s exotica. With synthesized bird calls and percussion that sounds like it was inspired by ‘50s cheesecake vinyl, this is the work of a team that has absorbed the sounds of the dollar bin, but the deliberate pacing and subtly shifting melody reveal a sly genius at work. Come and relax before this beachfront view, Hosono and company seem to beckon, but don’t forget these are seasoned—and mischievous—pros. “Coral Reef,” a showcase for composer Suzuki’s yacht-rock ready guitar, is a totally enchanting ‘80s theme with brilliant synth fills (by Sadistic Mika Band’s Jun Sato) in counterpoint to the composer’s LA-slick leads. This should have been the soundtrack to any number of ‘80s beach comedies—it would have immeasurably helped, say, something like Weekend at Bernie’s.

Yamashita’s nine-minute suite “Nostalgia of Island” begins with the sound of the sea before the composer starts plucking away in a relaxed, reverbed Duane Eddy vein. A brief Beach Boys-inflected vocal chorus in the suite’s second section is all that keeps this from being an entirely instrumental album, and that homage to vintage surf music grounds this in a certain American nostalgia, but it also throws into relief what’s new. The distinct guitar tones here are part of the surprising variety; this works as definitive beach music, but the musicians didn’t treat this as a mere exercise; every track stands out thanks to subtle timbral choices that keep things moving within the genre’s limitations. Hosono’s largely acoustic “Slack Key Rumba” takes another of the subgenre’s signature guitar sounds and makes an utterly charming three-minute soundscape with multiple lilting melodies.

The kitschy coup never lets up; things get funky on the B-side with Suzuki’s percussion-heavy “Passion Flower,” which would be a highlight on any City Pop album. Percussion and flute here is performed by Motoya Hamaguchi, whose credits include the intriguingly-named R. E. M. Swimming Club Band, who played in a similar vein.

Over 39 minutes, every one of these eight tracks is a gem that works just fine as background music, and rewards closer listening with even bigger smiles. How can you resist the seagulls on Suzuki’s “Noa Noa”? It helps that the composer’s classical guitar figures are so right, and the shift to light funk so seamless. The album closes with Hosono’s synth-poppy “Cosmic Surfing,” which would appear in a slightly funkier version on Yellow Magic Orchestra’s debut. Giorgio Moroder’s influence is clear here, but Hosono’s restless energy and melodic gift sends this up-tempo number into unexpected seaside properties. Despite its unassuming cover and concept, Pacific operates on a rich metaphor: these ocean waters may appear tranquil on the surface, but plumb the depths and there’s a world of dazzling creatures ready to delight.