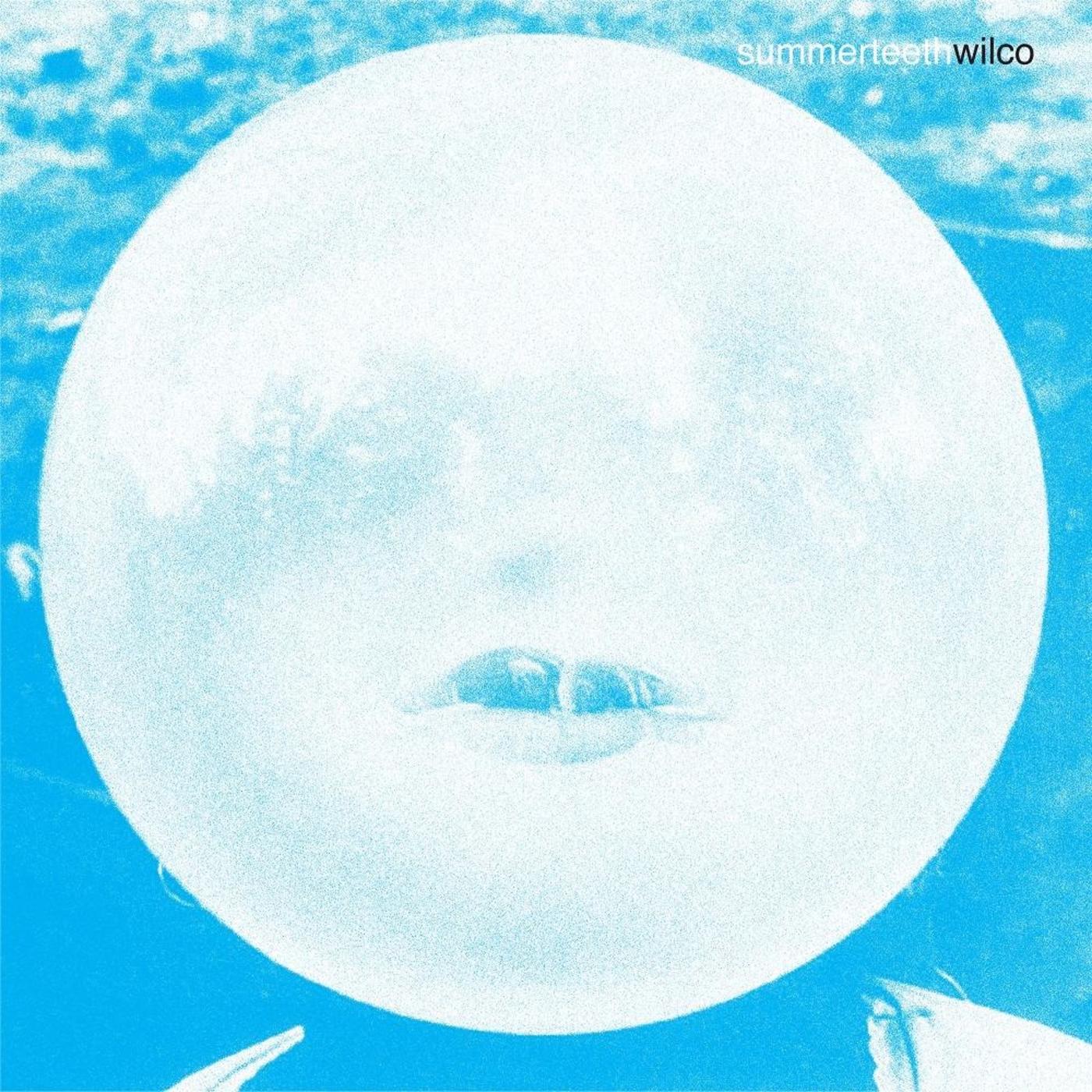 You could still safely bet on Son Volt in early 1999. After the dissolution of Jay Farrar and Jeff Tweedy’s musical relationship in 1994, Farrar left Uncle Tupelo to form Son Volt, while Tweedy kept his old bandmates but changed the group’s name to Wilco. Both bands released their debut albums the following year, and at first it appeared that Farrar had gotten the better of Tweedy, with Son Volt’s Trace scoring better reviews than Wilco’s A.M. as well as a legitimate radio hit in “Drown.” The playing field levelled somewhat with their sophomore records: While the sprawling Being There marked a quantum leap for Tweedy as a songwriter and Wilco as a band, Son Volt’s Straightaways cracked the top 50 on the Billboard 200. But it wasn’t until Summerteeth was released in March 1999 that the tables definitively turned—that Wilco started being hailed as the next great American band, and Son Volt the other guys from Uncle Tupelo.

Though Wilco and Tweedy would hit their creative zenith three years later on Yankee Hotel Foxtrot, Summerteeth was arguably the more pivotal record, taking Wilco beyond alternative country and into territory that was poppier, but also weirder and darker. It’s a record that invites comparison to Brian Wilson and Phil Spector, as well as the Velvet Underground’s Loaded and the later works of Elliott Smith, using lush production and studio technology to smuggle sordid narratives inside gorgeous pop confectionery. To wit: Summerteeth’s lead single juxtaposes upbeat instrumentation with lyrics about existential and romantic despair—so, it’s basically Wilco’s “Losing My Religion”—and its second single alludes to intravenous drug use, while its centerpiece begins with the lines “I dreamed about killing you again last night/ And it felt alright to me.” In other words, Summerteeth is a fluffy mass of candy floss around a hornet’s nest.

“I had more love in my life than I’d ever had, and I was still lonely,” Tweedy wrote in his 2018 memoir, Let’s Go (So We Can Get Back Again). Wilco’s touring schedule behind Being There meant that Tweedy spent weeks away from his wife and young son; much of his time on the road was spent reading the lurid works of Henry Miller and popping painkillers, at least in part to cope with his anxiety and chronic migraines. This depressed, drug-addled headspace provided Tweedy with a new approach to lyricism, one that enabled him to write as a character rather than himself: “I can admit things about myself without really having to take ownership of anything,” he wrote. The results were equally brilliant and discomfiting, like the murder ballad “Via Chicago,” and “She’s a Jar,” which tricks you into thinking it’s a woozy love song until its gut-wrenching final line, “she begs me not to hit her.”

Like an abusive partner, Summerteeth lurches between aggressive and apologetic: the manic “I’m Always in Love” and “Nothing’severgonnastandinmyway(again)” are positive on their face, but they also scan as possessive, which makes Tweedy’s plea to “come back to you/ It’ll be brand new” on the preceding “We’re Just Friends” feel like an empty promise, if not an implicit threat. Later, when he laments “Oh, what have I been missing/ Wishing, wishing that you were dead/ I didn’t mean to be so disturbing” on “ELT,” right after “Via Chicago,” it’s almost blatantly manipulative. There’s really only one moment of unblemished tenderness on Summerteeth, and that’s “My Darling,” an Elliott Smith-ian lullaby written for Tweedy’s son.

Summerteeth’s postmodern approach extended to its musical composition as well, for which Jay Bennett deserves as much credit as Tweedy. Though Bennett had joined Wilco just before the recording of Being There, Summerteeth is where he truly emerged as Tweedy’s musical foil, co-writing nearly every song and contributing even more as a multi-instrumentalist and producer. (Bennett plays no less than a dozen instruments on the album, also picking up the rhythm section when bassist John Stirratt and drummer Ken Coomer weren’t around.) Furthermore, where Wilco’s previous two albums were mostly recorded live, Summerteeth was very much a studio creation: After laying the basic song structures to tape, Tweedy and Bennett would disappear into their shared musical and drug-induced haze, overdubbing the songs with keyboards and synthesizers and tambourines.

Tweedy and Bennett’s instrumentation adds eye-popping (er, ear-popping) splashes of color to what might have otherwise been a forbiddingly dark collection of songs. Bennett’s Mellotron pops up in different forms all over the record—synthesized strings on “Nothing’severgonnastandinmyway(again),” a trilling flute on “She’s a Jar” and “My Darling,” odd electronic burbles on “When You Wake Up Feeling Old” and the pseudo-title track. “Via Chicago” functions as much as a soundscape as it does a song, the instrumentation creaking and bending against the production until it all rips itself apart in a climactic guitar solo. And it frankly beggars belief that Reprise Records, two months before parent label Warner Bros. released the Flaming Lips’ psychedelic opus The Soft Bulletin, struggled to find singles on Summerteeth: “I’m Always in Love” and “ELT” are power pop perfection, while mellower numbers like “How to Fight Loneliness” and “My Darling” aren’t lacking in hooks or interesting musical flourishes to catch your ear.

Perhaps Reprise just didn’t know how to market this new Wilco, and was looking for something that sounded like old Wilco—or Uncle Tupelo. But in the middle of making Summerteeth, Wilco had taken time out to record with British folk rocker Billy Bragg, who had come into possession of unused lyrics from Woody Guthrie. After finishing the resulting album, Mermaid Avenue, Tweedy and Bennett retooled what they had written for Summerteeth, seeking to shake off listeners’ preconceptions of Wilco as just an alt-country band.

To that end, these new deluxe editions of Summerteeth come with additional material that offers a glimpse into what the album could have sounded like had Tweedy and Bennett not taken it in an experimental new direction. While the demos aren’t particularly revelatory—you can probably imagine what “She’s a Jar” and “In a Future Age” sound like when it’s just Tweedy mumbling over an acoustic guitar—they bring the darkness at the heart of the songs into clearer focus. (Which is to say, these demos can be thought of as Tweedy’s Nebraska.) The alternate takes and outtakes, on the other hand, shed light on the sounds that Tweedy and Bennett were playing with. “Summer Teeth” appears in two very different forms: a muted “Slow Rhodes Version,” and a twinkling country arrangement that might surpass the version that appears on the album, even if it would’ve been a better fit on Being There. Likewise, “I’m Always in Love,” “Nothing’severgonnastandinmyway(again)” and “ELT” become shaggy country rock when stripped of Bennett’s whining Mellotron—hell, you can even hear a banjo on the alternate take of “ELT.” There’s “Viking Dan,” which sounds like a more deranged cousin of “Via Chicago,” but one of the most fascinating things here is the noisy “Candy Floss Intro,” which bears little resemblance to its namesake track but foreshadows the squalls of feedback that would beautifully mar “Ashes of American Flags” and “Poor Places” on Yankee Hotel Foxtrot.

Still, the main attraction for many fans with these reissues will be the live performances. Despite Wilco’s reputation as a formidable live act, 2005’s Kicking Television stands as their lone live album, and it leans heavily on the band’s post-Summerteeth output; longtime listeners will be delighted to hear this previously-unissued concert at Colorado’s Boulder Theater in November 1999, brimming with deep cuts that have long been dropped from the setlist. (Instead of the Boulder show, the limited-edition five-LP reissue features an in-store performance at Chicago’s Tower Records, recorded two days after Summerteeth hit shelves.) Though one would think the intricate studio creations of Summerteeth might lose something onstage, but these live recordings are remarkably faithful to the studio arrangements, with “Summer Teeth” and “She’s a Jar” retaining their psychedelic flourishes, and the singles (“Can’t Stand It,” “A Shot in the Arm”) and the shoulda-been singles (“I’m Always in Love,” “Nothing’severgonnastandinmyway(again)”) sounding even punchier. Meanwhile, old favorites from A.M., Being There and even Mermaid Avenue get starring moments: “Casino Queen” gets stretched out to twice its length with keyboard, guitar and drum solos, “Misunderstood” functions as a sing-along (and eventually shout-along) centerpiece, and “Christ for President” and “Hoodoo Voodoo” become raucous barnburners.

“I think it’s bad for people to believe they’re only supposed to have one emotion at one time,” Tweedy wrote, as a way of summing up his state of mind while working on Summerteeth. “Are you ever really only happy? Or sad? Or angry?” This extends to the album itself, where the lighter musical overtones only thinly disguise its darker lyrical undercurrents: the pop songs are by turns catchy and morbid, and the love songs aren’t even love songs. And in some respects, it was barely even a Wilco record—not the work of a full band but two men, spending hours in the studio and getting high. Summerteeth captures all of those contradictions in a blurry and often unsettling self-portrait, taken just as those highs were starting to fade.