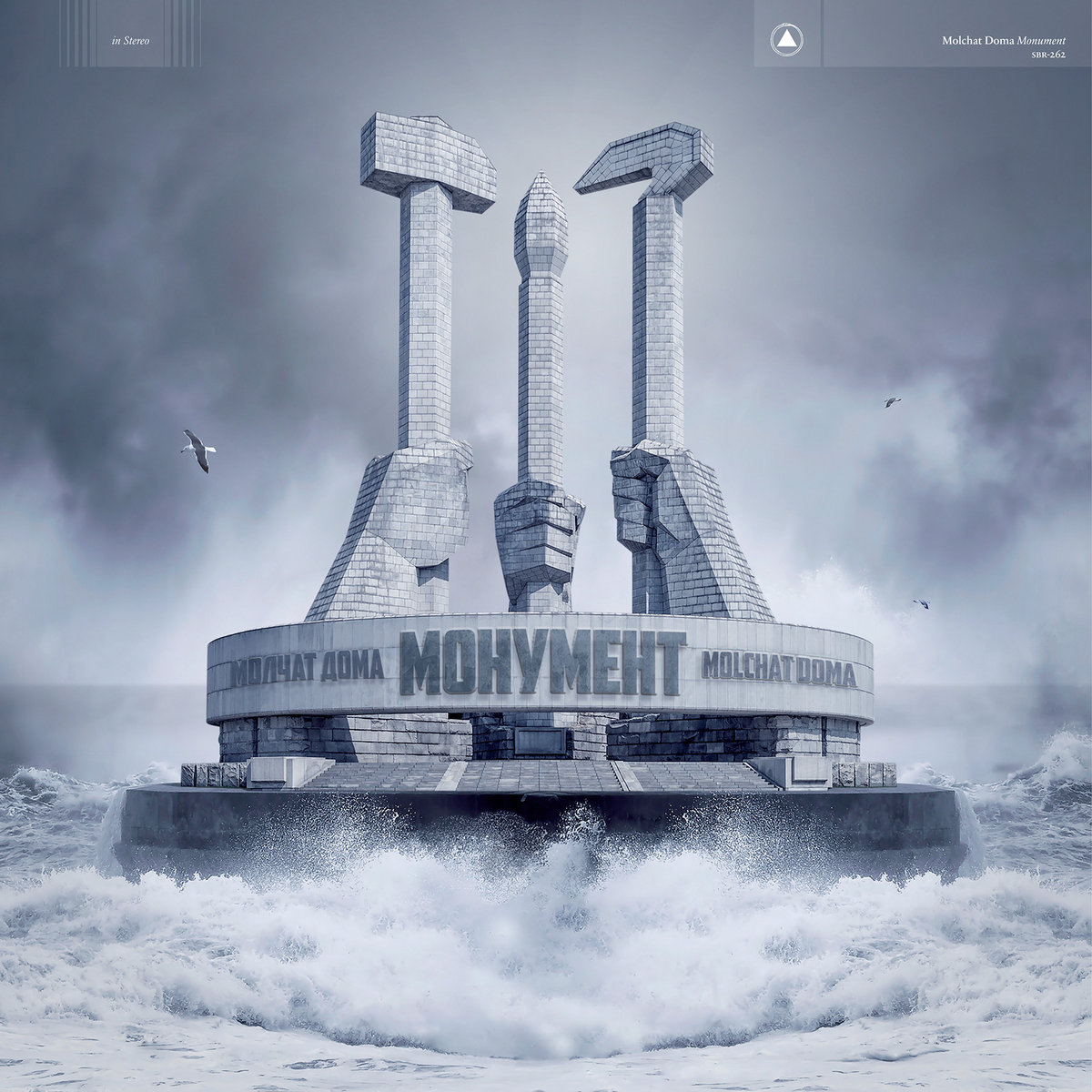 It’s understandable to believe Belarusian trio Molchat Doma have coasted by on their aesthetic appeal, with their success on both TikTok and Russian doomer YouTube compilations (the most popular of which opens with the group’s “Клетка” and has over five million views) propping up this hypothesis. Their cocktail of lo-fi production, new wave influence and linguistic barriers is potent enough to ensnare an international audience larger than the one in their native country. Molchat Doma casts a veil between listener and musician where one can project their own nostalgia. Their music is like noticing the decaying paint on architecture, rusting instead of peeling.

More important than this connotation is that their music is great. Molchat Doma meld the macabre of Joy Division, the danceability of Depeche Mode and the Soviet stylings of Kino into jangly pieces that exist between new wave and post-punk. Yes, they perform songs inspired by the inevitability of anguish, but their agony bounces. On Monument, the group’s third album and first with American label Sacred Bones, the band retains what a Molchat Doma song is while implementing tonally consistent tweaks.

Compare Monument’s cover with that of their last album, Этажи (Floors). The latter features the Hotel Panorama in Slovakia, equal parts geometric and faded. By comparison Monument’s cover is triumphant yet it doesn’t abandon the coldness (in this case actual snow) and Soviet identity integral to the group. Molchat Doma’s sound doesn’t reflect a monumental change, more so a subtle shift from the isometric to the romantic.

This new romanticism is evident in Egor Shkutko’s performance. In addition to his droning, cold vocals, Shkutko implements previously unheard wails. He sells the harsh narratives of his characters, actors who combat Freudian death drives with the helplessness of a Lovecraftian protagonist. “Leningradskiy Blues” details a man finding solace through a woman’s body, it being the only light that penetrates Leningradskiy’s blackened streets. Shkutko’s prolonged wail late into the track emulsifies the man’s frustration into catharsis. It’s no longer hidden behind Google translate; Molchat Doma are better at presenting their anguish, language barriers be damned. Taking a more conventional route on “Obrechen,” Molchat Doma embrace a sound more akin to a traditional three-piece post-punk act than their usual jittering bundle of synths and drum machines. Shkutko’s lyrics typify the exhaustion of the track, “I’m tired of loving and sacrificing myself/ Forever doomed to heal sick wounds/ Eternal sleep ahead in a place where we were not expected.” Small adjustments like these — especially when paired with Shkutko’s lyrics — denote Monument as less isometric and more tragic.

Quiver not as Molchat Doma still dole out their punchy four-on-the-floor jangles with unmatched flair. Album highlight “Discotheque” tightens their approach into the closest to pop the trio have come. The aptly titled track gurgles with syncopation. Guitar and bass fill opposite ends of the mix, parting the seas for bustling synths and drum machines to brag on “Ne Smeshno.” On their return to gloomy synthwave, “Otveta Net,” Molchat Doma employ a heavy bass anchor, vocals so deep they’re subterranean, and guitar that glistens. Each of these compositions are busier than anything from Этажи. Now, Molchat Doma fill spaces a less poised version of themselves previously left open.

Perhaps betraying their dour atmosphere, Molchat Doma don’t seem intent on dousing the listener in despondent kerosene. Roman Komogortsev has stated that the band doesn’t “have any particular problems, we just live in Belarus like everyone else.” In a different interview with The Wire, Shkutko provided a similarly apathetic statement: “We’re more concerned with the romance of the everyday.” This authenticity is the key appeal of Molchat Doma. Their gloom is drawn not from existential dread concerning capitalism, the collapse of civilization nor apathy towards the possibility of a brighter future that lead so many to connect with the group. It’s an obsession with, as Shkutko explains, “anguish, which is an eternal thing. As long as we are human [anguish] will always be relevant.” Maybe that’s why the band can make a song like “Discotheque,” the perfect marriage of dance and dread, yet the lyrics are nothing more than Shkutko wanting to dance the world away: “I don’t give a damn about what/ will happen to me later/ I dance like a god.” There is no deeper implication, just observations of a world filled with equal parts rhythm and melancholy. And that neutrality leaves Monument all the more haunting.

Might Delete Later asks if Crack’s brand will be hampered by his move to a label. Crack an…