May 07, 2021
Home Music Sou Si-tai: China: The Fisherman and the Woodcutter/The Qin, Zither of the Literati 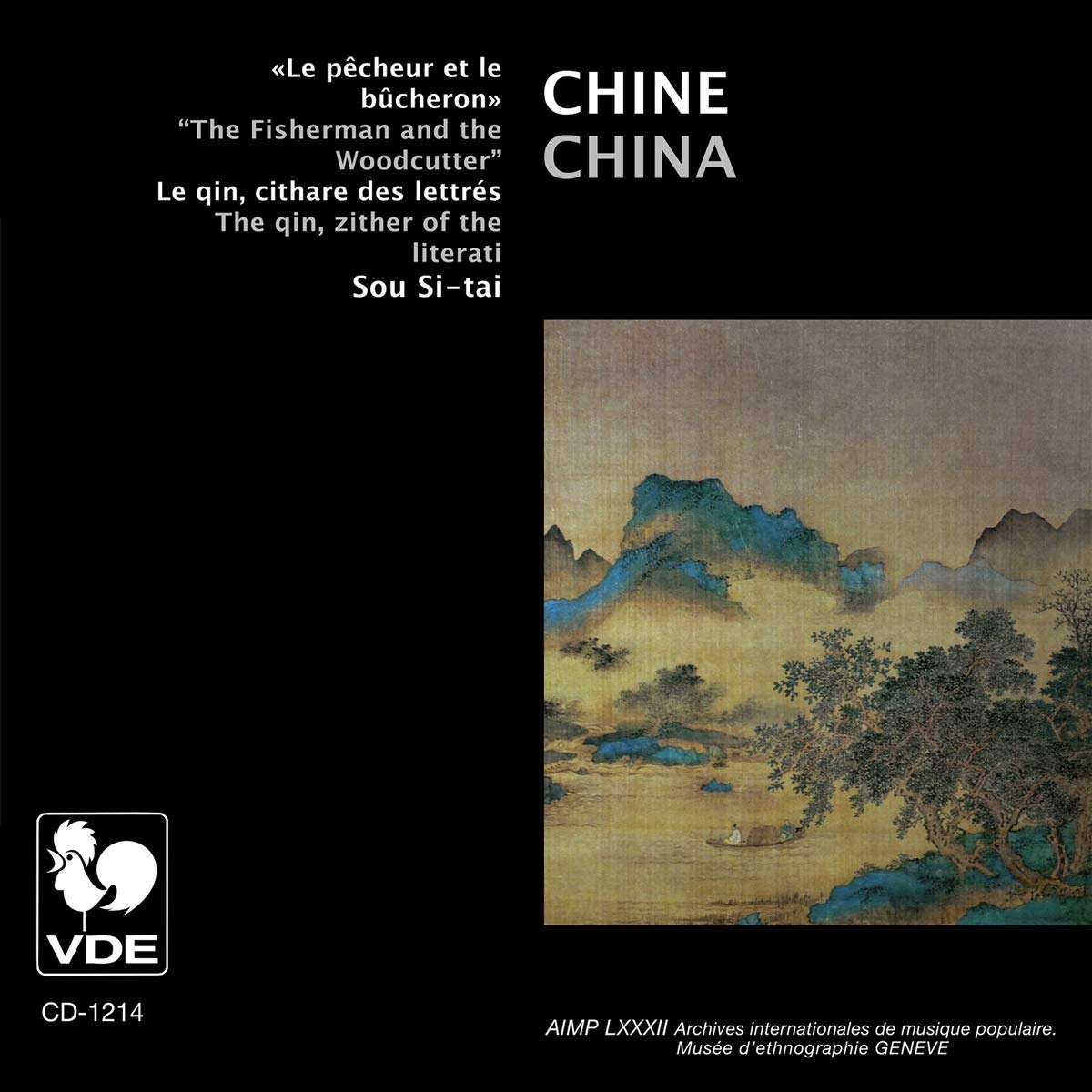 Dating back at least 3,000 years, the seven-string Chinese zither-like instrument known as the guqin or qin is a far cry from anything that might inspire modern listeners to make rock star-faces and play air guitar. But, as played by Hong Kong artist Sou Si-tai, the qin has a quiet expressiveness that seems like a common ancestor to everything from flamenco to The Grateful Dead. Recorded in 2006, China: The Fisherman and the Woodcutter/The Qin, Zither of the Literati presents an hour’s worth of music from the qin repertoire, and you don’t need to be an ethnomusicologist to recognize this music as an ancient form of shredding.

The technique alone is fascinating. On the nearly seven-minute “Thinking of a Friend” (in translation, it even sounds like an AOR staple), Sou begins playing overtones on the qin. This is just one of the major playing techniques; one can also pluck open strings, or apply pressure on a string with one hand while sliding another hand along the string to vary the note; in other words, the qin anticipated slide guitar (and the blues—think about that) by millennia. Sou’s varied technique over the course of this track is to some degree raw—the movement of his fingers across strings is frequently audible—and this gives the largely quiet composition a visceral quality, making it clear the patience and deliberation at work on every ancient melody and percussive run.

It’s no wonder that the instrument has been associated with Confucius. In fact, playing the qin is traditionally part of a discipline that’s as much moral as aesthetic. Any of these 10 tracks bears witness to the qin as an instrument of moderation, striking a delicate balance between virtuosity and humility. As a physical practice, it’s almost like a martial art. Sou taught Chinese art for 20 years before making a career change to music, and his deftness on the qin’s supple silk strings sound like the work of a long-time master. In contrast to his teacher Tsar Teh-yun, Sou takes on a slower tempo and less aggressive touch—track down Tsar’s abstract, prickly “Thinking of an Old Friend” for a revealing comparison.

While Sou is the qin’s master technician, sound engineer Renaud Millet-Lacombe deserves credit as well; the hissy recording available of Tsar’s playing doesn’t do justice to her work, but every note Sou strikes is crisp and clear, the fingerings sounding out in a way that doesn’t distract from it but enriches it.

On two tracks Sou plays the xiao, a bamboo flute, with qin duties taken up by Georges Goormaghtigh, who also contributed 24 pages of liner notes (unfortunately not available for review). Goormaghtigh was also a student of Tsar’s, and it’s instructive to hear a good player who hasn’t yet achieved Sou’s level. Sou Si-tai plays music in what would seem the most rarefied subgenre—the qin is known as the zither of the literati, after all. But in this tradition that goes back thousands of years, one can find the root of every guitarist that came after it, and it’s hard not to come to the conclusion that we’re not worthy.