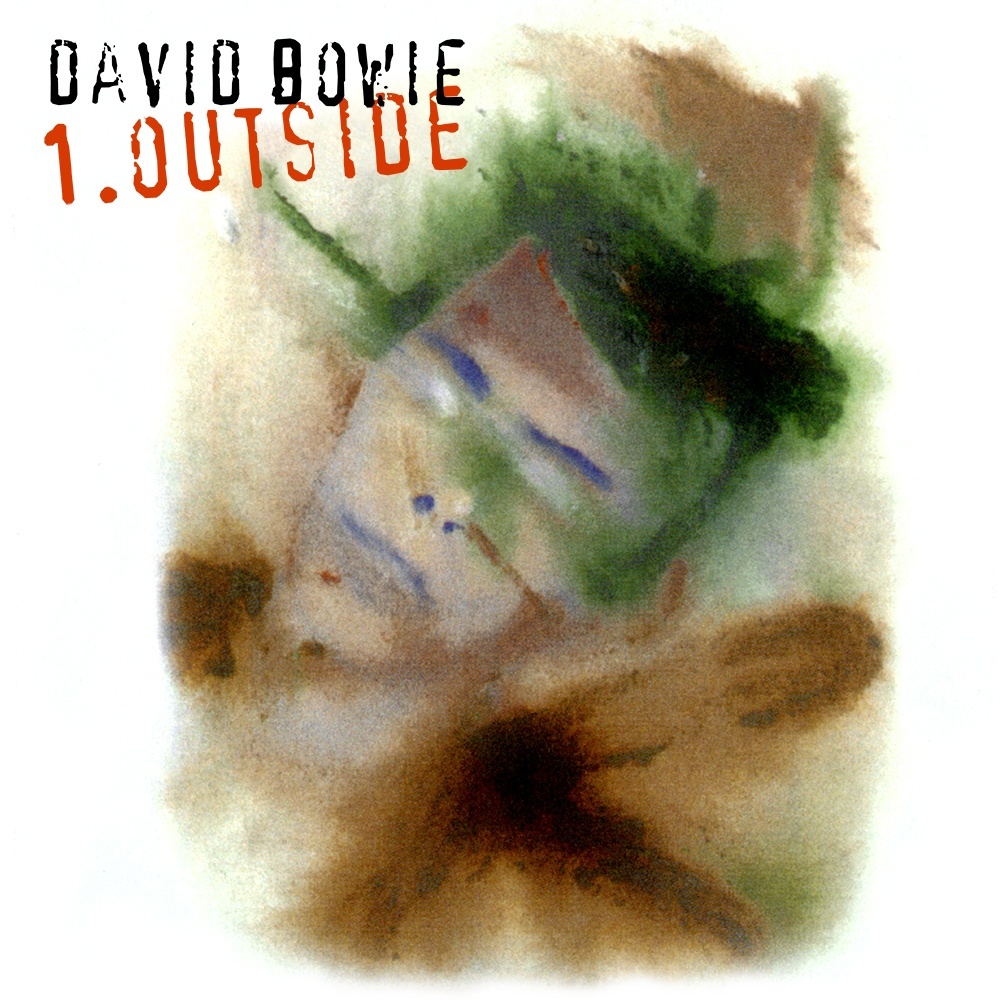 With Tin Machine, David Bowie found a viable means of retreating from his own superstardom, giving up autonomous control and stadiums for band democracy and smaller venues. Black Tie White Noise found him adapting to a new generation of electronic music that was birthed, in small part, by a legacy he contributed to with his artiest work of the late 1970s. But it was 1. Outside, the sprawling concept album originally intended as the first of an entire science fiction saga, which truly announced the creative return of art rock’s greatest star. Reuniting with Brian Eno, Bowie approached the idea for new music with abandon, assembling a band to just jam out ideas in the studio. This produced hours of tapes that would form the basis of a new album when the artist, tweaking an assignment by Q magazine to keep a tour diary, instead conceived a travelogue of a fictional character, Nathan Adler. Using this improvised text as a focusing story, Bowie would refine the earlier studio experiments into the latest in his string of persona swaps.

Compared to the straightforward narrative of the rockstar-as-god story of Ziggy Stardust or even the more abstract but clear persona sketch of the Thin White Duke, the theatricality of Outside is notoriously difficult to unpack. The main thrust is a Diamond Dogs-esque futuristic noir, in this case set amid millennial anxieties over Y2K, concerning a Philip K. Dick-like story of detectives investigating “art crime,” wherein staged murders are evaluated as much on their aesthetic terms as their brutal aftermaths. With Bowie employing cut-up lyrical techniques and constant switches in perspective among a cast of characters, the mystery of the murder that Nathan Adler investigates never coheres. Much like Jean Renoir’s La nuit du carrefour, a smoky proto-noir whose lost middle reels only compound its mystifying, insoluble narrative, the album is more about the atmosphere than the whodunit.

That atmosphere is nailed by the music, which continues in the vein of Black Tie White Noise’s interest in prevalent UK electronic music trends but swaps acid house for industrial rock and drum ‘n’ bass. The whole thing has a cleaning intensity to it; consider even the first full song, the title track, which foregrounds a brittle, trebly guitar line over a shimmering, almost shoegaze wall of noise punctuated by beeping synths. The sound is at once inviting and overwhelming, clearly tethered to the bright, overproduced work of the 1980s but returning Bowie to his status as rock’s greatest synthesist, not so much inventing a new sound as finding the throughline linking several others. The industrial stomp of “The Hearts Filthy Lesson” blatantly shows off Bowie and guitarist Reeves Gabrels’ interest in Nine Inch Nails in its buzzing riff but manages to wrangle that cutting-edge, thoroughly ‘90s sound into some kind of lounge music with flashes of piano and old-timey sound effects. In an instant, music that was considered strange and new becomes an alternate-universe Weimar cabaret soundtrack.

If the overall thrust of the narrative doesn’t really make sense, individual tracks do stand out as Bowie’s most compelling songs in an age. The grinding noise pop of “Hallo Spaceboy” joins spiritual predecessors “Space Oddity” and “Ashes to Ashes” as both a cosmically minded trip and a revealing glimpse of Bowie’s internal states. “Do you like girls or boys?/ It’s confusing these days” he sings, touching upon his history with sexuality and how perhaps even the man himself disappeared so deeply into provocations and characters he doesn’t know where he stands anymore. “We Prick You,” the record’s most danceable track, mixes an Eastern-sounding melody with a sprinting drumbeat and stabs of bass over Bowie’s imagistic nonsense lyrics, never more bracing than in the opening verse “White boys falling on the fires of night/ Flesh punks burning in their glue/ Revolution comes in the strangest way.”

The standout track, of course, is “I’m Deranged.” The song comes near the album’s end but feels like a flashback to the beginning, a trait that would serve it well when David Lynch used it as both the intro and outro music of his Moebius strip neo-noir Lost Highway. Rooted in nervy basslines and skittering drums, the track is one of Bowie’s most haunting songs. Singing as if the words keep catching in the back of his throat, the artist sounds as paranoid and unbalanced as the title and lyrics would suggest, turning his croon into a twitching yet emotionally numbed expression of angst. It is easily Bowie’s most gripping, memorable song in a decade, and arguably the last new track to immediately present itself as a masterpiece before his final singles on Blackstar.

Running nearly the maximum length of a CD, Outside can certainly feel bloated, and the fact that its story only seems to be starting, or just slipping out of reach, by the time you reach the end only exacerbates the sense that Bowie could have sharpened the material further. But the album’s sprawl gives it a certain mystique, a testament to how engaged and active Bowie was after a decade of stagnation. So much of the classic Bowie, from the electronic experimentalist to the provocateur to the strange poet, is on display here, but completely reworked and new rather than a stale nostalgia act. It’s likely for the best that the planned series of albums about this concept never materialized, but as a singularly recharging event, the record confirmed that Bowie would spend his later years chasing new sounds and fulfilling his artistic desires over easy chart success.