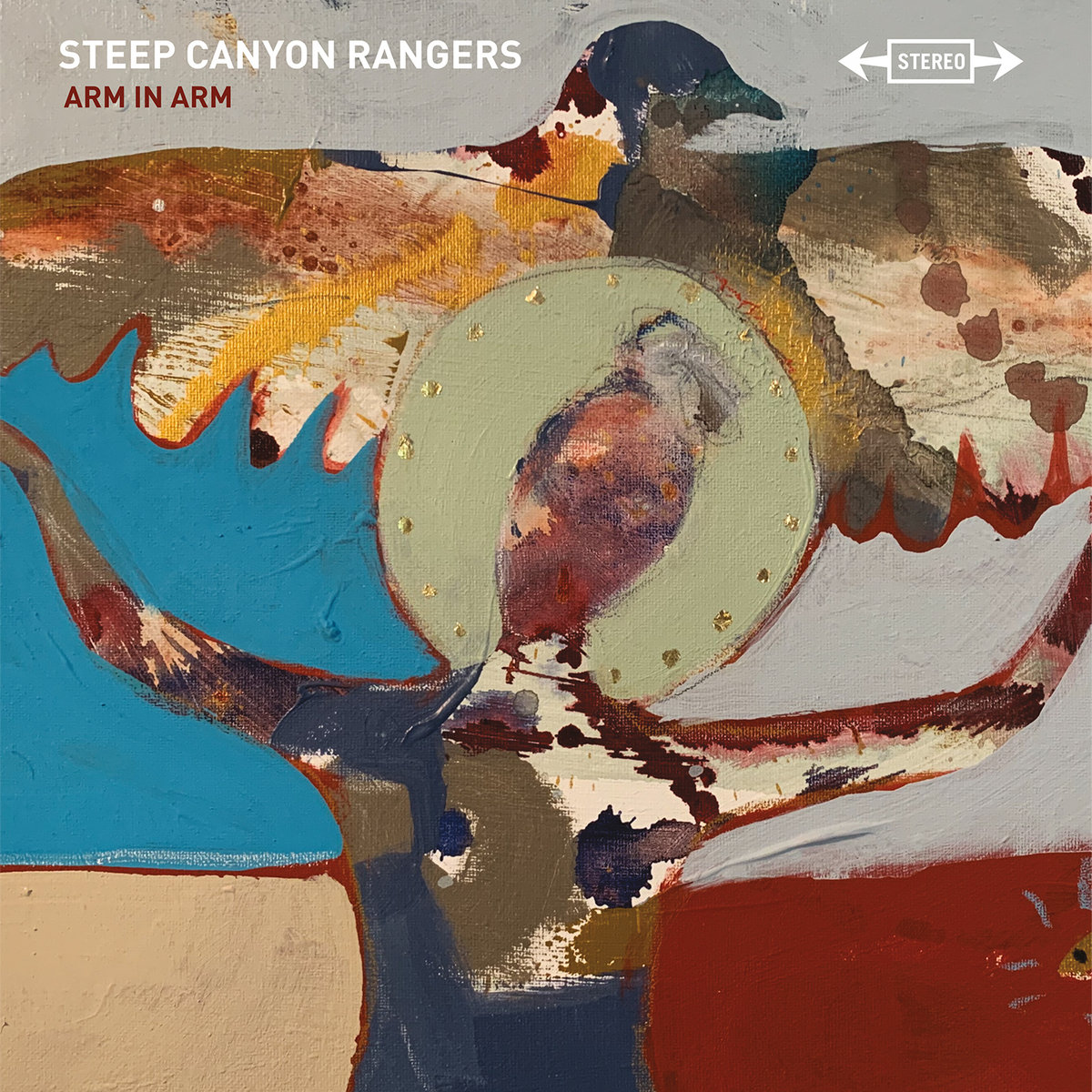 Steep Canyon Rangers make tradition something new. Between their songwriting and their collaborations, they seem to have a steady supply of surprises. Their prominence increased as they began working with comedian-novelist-banjoist Steve Martin, but they’ve shown even more flexibility recently by working with a symphony and, really, Boyz II Men. As part of a burst of recording, the bluegrass sextet has a second album out in 2020, Arm in Arm. The disc isn’t guest-free, but it does put the focus back on the band’s own songwriting and playing, making for a nice return to the Rangers’ core.

With novelty, cameos and surprises pushed aside, Arm in Arm relies on the basics, and there’s little basic about Steep Canyon Rangers. “Everything You Know” takes a wandering set of images and manages to make it sound comfortable and almost homey (aside from Cortez going down with the ship). The song’s complexity lies hidden in its easiness, and in the steady vocal from new member Barrett Smith. The group can lull you into a Southern hammock even while they stretch their writing, which makes for a pleasing autumnal gift.

The band takes a few explicit looks at comfort. “Afterglow” settles in to a dreamy rest in a happy place, the singer resisting the call to be anywhere else. Romantic cut “A Body Like Yours” moves into country territory to sing of a well-aged love, but it maintains a careful balance. Read as a come-on, it falls flat: a beer-and-truck seduction without the spark to back it up. Read as an ode to an enduring relationship – a more accurate understanding – the cut works much better. Somehow the song feels likely to be both a beloved concert staple and one worth the skip button.

If that one might get skipped by a certain type of listener (who should at least stick around for Nicky Sanders’ fiddle), it’s likely the only one. “Sunny Days” mixes a pop approach to songwriting with a bluegrass approach to performance. The lyrical catchiness gives way to the musical showboating, with all the elements producing an irresistible joy. That sort of infectiousness permeates the album. On Opener “One Drop of Rain,” the band gets more reflective, but the song’s extended metaphor allows plenty of room to draw a listener in.

It takes just a few cuts to recognize the way Steep Canyon Rangers blend creative formal ideas with strong lyrics and individual playing technique. It’s emblematic of their confidence that they end with such a low-key number as “Crystal Ship” with just Woody Platt’s vocal and Mike Ashworth’s guitar. The song’s deep sense of loss doesn’t match the guiding tone of the album, but its thoughtful meditation fits well. Even if it brings a sad ending to a warm album, the track works as exit music. More than that, though, it points us back to the essence of Steep Canyon Rangers. There’s no symphony, no guest star, no frills. It’s just a good song played well.