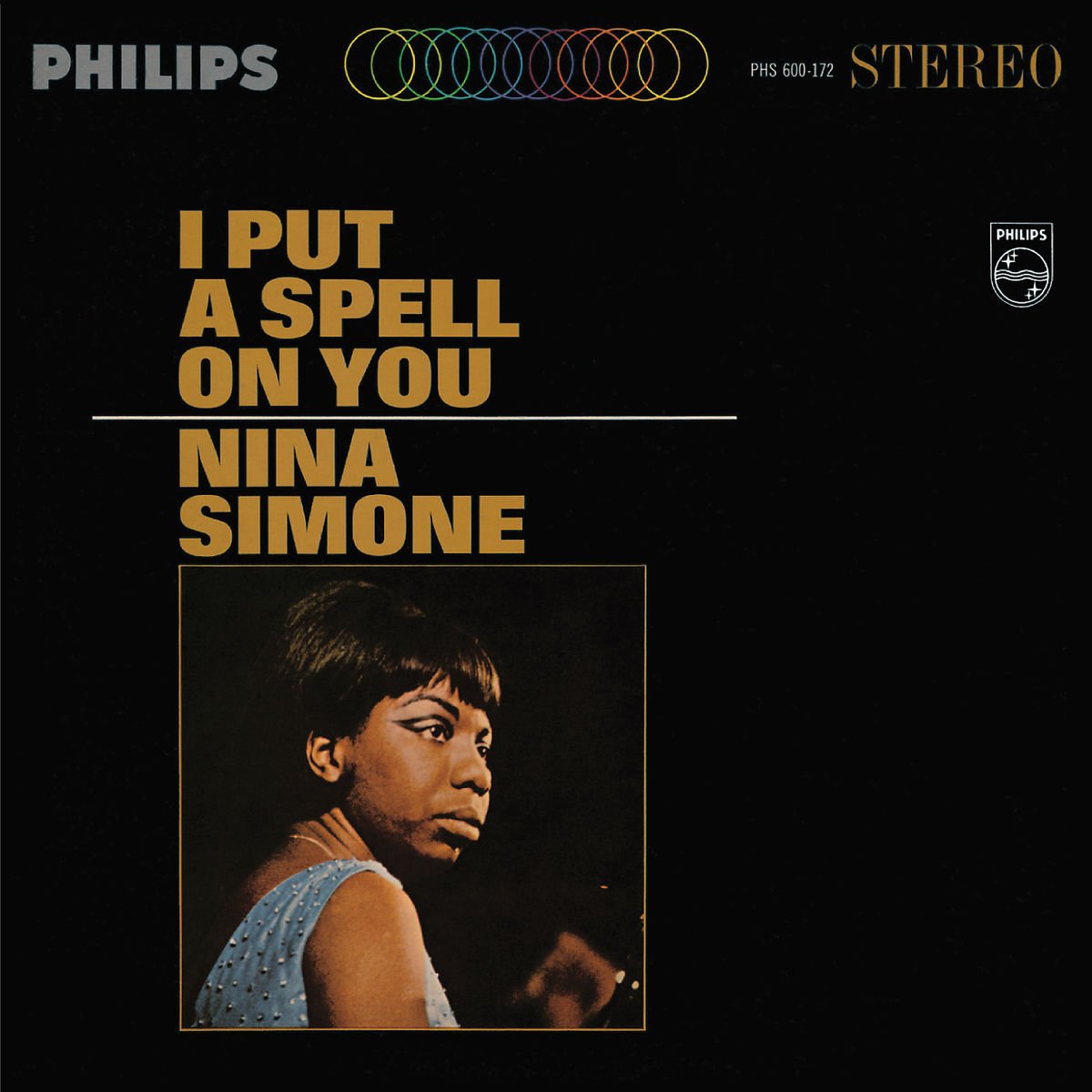 1965 was a pivotal year in the American civil rights movement. Following successful desegregation campaigns in Birmingham and St. Augustine, as well as his receipt of the Nobel Peace Prize in 1964, Martin Luther King Jr. helped lead a series of marches from Selma to Montgomery, protesting Alabama’s obstruction of efforts to register Black voters. (The late Representative John Lewis, among others, was beaten unconscious by law enforcement during the first march.) The brutality with which Alabama State Troopers and Ku Klux Klansmen responded to these marches galvanized then-President Lyndon Johnson into taking action on voting rights, and later that summer he signed the Voting Rights Act into law. But there were tragedies as well as triumphs, such as the assassination in February of Malcolm X, an advocate for Black militancy often contrasted with King. The passage of the Voting Rights Act did nothing to ameliorate the unemployment and poverty that many Black Americans dealt with, not just in the South but across the country. Riots flared over housing discrimination and police brutality in Los Angeles’ Watts neighborhood. And when King took to the streets of Chicago to demand fair housing laws, he was met by white mobs even more hostile than those that received him in the South.

This was also the year that Nina Simone released two of her most essential records. Simone, a Juilliard-trained classical pianist turned Greenwich Village darling, was at the peak of her popularity when she signed to Philips Records in 1964, and with this change in labels she became an outspoken activist; her first album for Philips that year, In Concert, concluded with the incendiary “Mississippi Goddam,” written in response to the killing of Medgar Evers and the 16th Street Baptist Church bombing. But Simone’s metamorphosis from pop diva to civil rights crusader was neither overnight nor total, as exemplified by the two records that she released in 1965. Freshly reissued on vinyl by Verve/UMe, I Put a Spell on You and Pastel Blues present the two sides of Simone’s musical identity as distinctly as possible—a pair of contrasting self-portraits, both complete as their own works yet neither representative of her career writ large.

I Put a Spell on You is, for lack of a better word, Simone’s pop album. Simone’s music can be tough to categorize, drawing from blues, jazz, and even folk without sounding beholden to any particular genre. But this was one of Simone’s first albums to feature orchestration, and where its predecessor, Broadway-Blues-Ballads, at times felt weighed down by the lusher arrangements, they’re handled much more effectively here. The strings transform the title track—written and originally sung by Screamin’ Jay Hawkins—from a campy rock ‘n’ roll incantation to something with the grace and gravity of John Barry’s James Bond scores; the same can be said for “Tomorrow Is My Turn,” whose post-chorus seems to lift a chord progression directly from the superspy’s theme. “Marriage Is for Old Folks” and “Take Care of Business” have the punch of vintage big band numbers thanks to their horn sections, and when the brass comes in 40 seconds into Simone’s definitive version of “Feeling Good,” it hits with the force of a beat drop.

Conductor-arrangers Hal Mooney (who also produced all of Simone’s Philips output) and Horace Ott do a lot to turn these good songs into great songs, but crucially, they never overpower Simone herself, either as a vocalist or as a personality. Her singing voice was unusually low for a woman (a contralto) and it had a smaller range than those of most other popular singers (less than two octaves—in comparison, Taylor Swift has a two-octave range, while Ariana Grande and Christina Aguilera’s voices span four octaves). But Simone is one of the most distinctive sounds in popular music, and she knew how to use every part of it. There’s a humor to “Marriage Is for Old Folks” and an empathy to “You’ve Got to Learn” that can’t be expressed in technical terms like range and depth, but Simone’s animated vocal performance conveys these essential qualities of the songs. She could be sultry in her lower register, as on “Feeling Good,” and her breathy crooning on “One September Day” (and a few albums later, on Wild Is the Wind’s title track) is softer and more inviting. For the most part, though, Simone’s voice is a jagged object, piercing the air like a gunshot or a baby’s cry. There have been other contraltos in popular music since, but no one has used their voice in quite the same way as Simone did hers. 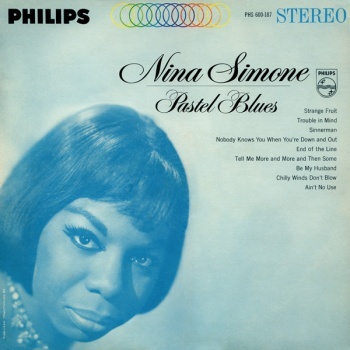 That voice is the focal point of Pastel Blues, released just four months after I Put a Spell on You. Though the two albums were recorded concurrently, Pastel Blues comes from a different, darker place, trading the rich and joyous orchestration of its predecessor for a stripped-down backing quartet. The album opens strikingly with “Be My Husband,” on which the sole instrumentation is a hi-hat cymbal; the rest is Simone, stomping and clapping her hands as her voice cracks and stretches to its upper limits. The song was written by Simone’s then-husband, Andy Stroud, and it’s hard to say what’s more unsettling—that he lifted the rhythm from a Negro prison song, or that Stroud, an abusive spouse, wrote “Please don’t treat me so doggone mean/ You’re the meanest man I ever see” into the lyrics. “Be My Husband” is no doubt one of the more extreme examples, but Mooney’s production on Pastel Blues is so austere it sounds like you could be right there in the room with Simone.

True to its name, this is a blues album, but it’s not the electrified shuffle of John Lee Hooker or Muddy Waters, nor is it humid and sultry like Simone’s subsequent Nina Simone Sings the Blues. Pastel Blues evokes Robert Johnson and especially Billie Holiday, for whom the blues related lamentation and suffering. Aside from Simone’s take on “Nobody Knows You When You’re Down and Out” (most famously covered by Bessie Smith), the album’s first seven songs play like a mini concept album about the end of a relationship. “End of the Line” depicts romantic dissolution in such crushing detail—Simone notes “The way you glance at me/ Indifferently/ And take your hand from mine” and likens herself to a “discarded valentine” before wishing her partner the best, cooing “I hope your dreams turn out fine”—that it makes her declaration on the very next track that “The sun’s gonna shine/ In my back door someday” practically reek of false hope, and that’s before Simone alludes to suicide by train. But by “Ain’t No Use” it’s all too clear that the relationship is over, calling back to “Be My Husband” with a pithy “You’re too doggone mean.”

It’s the last two songs on Pastel Blues that, to this day, garner the most attention. Fifty-five years later, it’s difficult to come up with new things to say about what Simone does to “Strange Fruit.” Already one of the most horrific songs in the English language, Simone’s cover is all the more chilling for how…emotionless it feels, betraying neither despair nor rage at the brutal scene—and yet every time Simone raises her voice, it sounds sharp enough to split wood. You can almost hear the air in the studio returning to fill the space left by her words as they fade. “Strange Fruit” is very much the inverse of the final track, “Sinnerman”: a traditional spiritual on the back of a galloping piano riff, sung with all the passion of a sermon as guitars and drums raise fire and brimstone. If “Strange Fruit” distills the hell that is 400 years of American racism down to a single charred image, “Sinnerman” sets it alight, channeling the fury of Judgment Day in a 10-minute musical onslaught.

To listen to Nina Simone in 2020 is not just to peer through a window into an America that once was, but to also see a reflection of the America that is today, and to see how the two overlap. Black people still take to the streets to protest their ongoing dehumanization and extermination, and are still met with violence. America’s blood-soaked soil is still fertile ground, both for trees that bear strange fruit and for those who harvest such a bitter crop. And yet, Black people still live and create in this country, whether life and creation implicitly defy death or are in explicit defiance of death. Simone and the songs she laid to tape—on I Put a Spell on You and Pastel Blues, and throughout her career—remain proof of both.