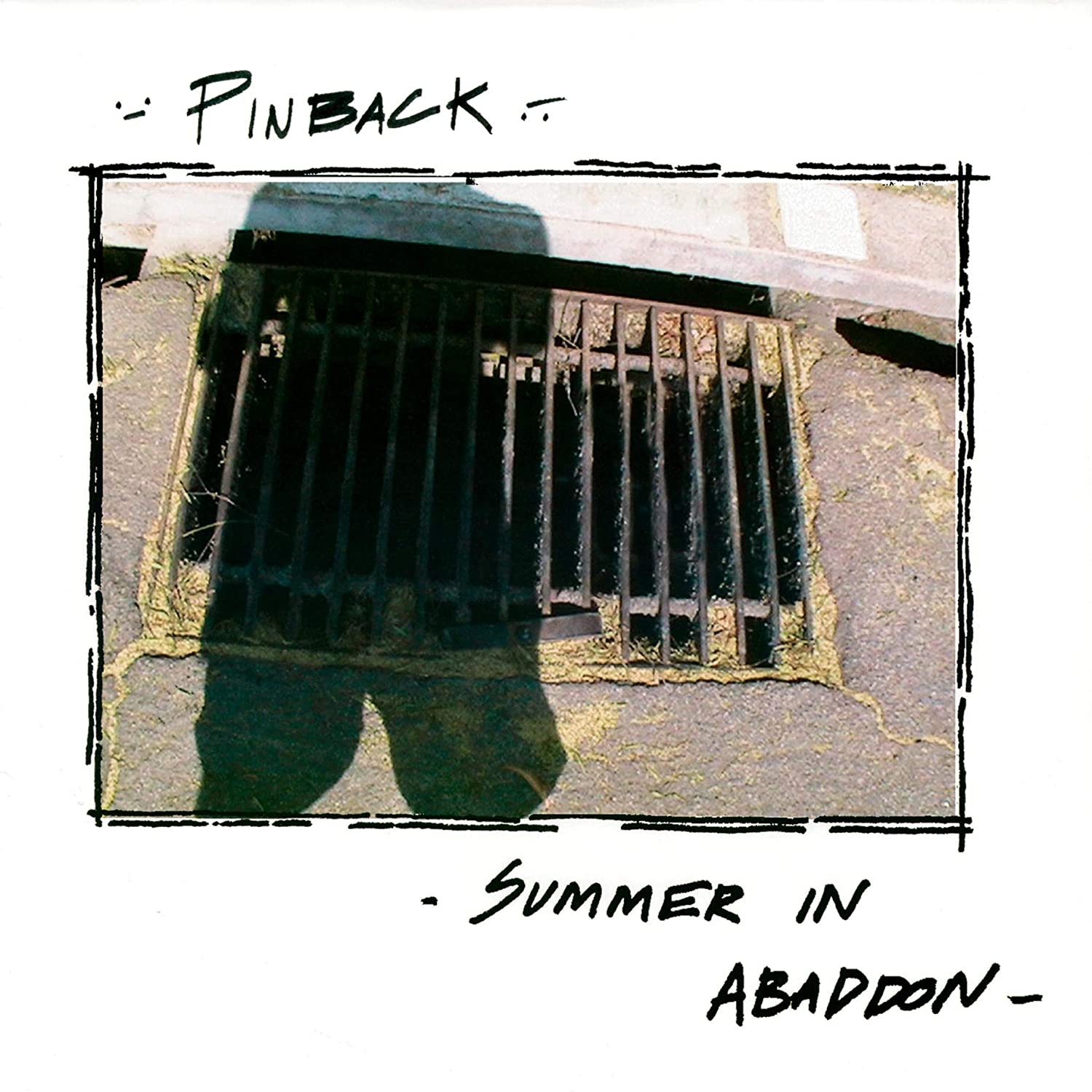 San Diego’s Pinback never really got their big moment. Their pinnacle was the 2004 release Summer in Abaddon, one of two albums released by indie label Touch & Go Records. Of all the projects from the prolific Rob Crow, Pinback was destined for the most success compared to other outlets like Goblin Cock and Heavy Vegetable. The duo of Crow and Zack Smith is one of the underrated tandems in indie rock. The sound these two aimed for on their sophomore album Blue Screen Life wouldn’t be perfected until Summer in Abaddon, which attempted to rewrite the blueprint for much of indie rock. As a result, its sound is the most indie of sounds. It’s soft rock in a way, but if you see them live – which I have, multiple times – it’s far more chaotic than you’d expect. Crow and Smith are unpredictable at times when they perform, and each time I saw them it was always different.

There’s something fresh about “Non Photo-Blue” every time I hear it start. It sets up the album up like a string of dominoes and each track tips to the next one, not in segues, but in build-up. Not exactly the most pleasant break-up song, “She just ignores the time the boards came down/ it’s a numbed out feeling/ He just accepts the pain with hate mantra,” but its point is made regardless. Just like OK Computer foreshadowed the rise of the machines, Pinback’s third record was born of the Internet age, and the direction we as a society were heading towards with the detachment of being online.

The first three tracks of Summer in Abaddon are untouchable and flow seamlessly together. “Sender” can be hard to decipher with its ambiguity: “Acute angles/ Divide my/ Paths that I had lost.” There’s unfortunately no cheat sheet out there, and the band isn’t exactly giving interviews about a 15 year old record. “Syracuse,” on the other hand, is less obscure: “I step down into sand/ Water carries us from here” makes more sense, even if the message is buried in Crow’s subconscious. The first third of the record seems to give a sampling of what Pinback were known for at the time: non-linear narratives, post-apocalyptic imagery, and bad relationships.

“Blood on Fire” turns it down a notch, with a creeping unraveling as the twosome reflects on the loss of a friend. Again, Pinback’s strongest elements were their ability to obliquely convey feeling when necessary. On the surface of songs like “Sender” and “Blood on Fire,” it may be impossible to deduce what those feelings are, but it’s heartily cathartic for the ears and mind.

The group’s biggest “hit” comes with centerpiece “Fortress,” which is about as direct a title as we can ask from Smith and Crow. The focal point is the domicile the artists created for themselves during a summer in Abaddon. Looking back on when this record was written – around 2003 – the summer of that year for me was a hot one, and I would have preferred to stay inside. Crow and Smith did, and from those sessions they discovered that, “Summer is only winter with you/ How can you really feel?/ Two of another, none of a pair/ Nobody move, nobody move.”

Summer in Abaddon is Pinback’s masterpiece because it took everything before that they’d been trying tirelessly to perfect and made it look easy. It’s a record born out of frustration. Their sound isn’t even that revelatory; it can be overlooked easily when compared to the indie rock of the following decade. Not every track cuts like a knife either; “Soaked” meanders a bit and feels less like a mandatory inclusion and more like a detour on your way to the final destination as the final third of the album resumes the feel. “Soaked” feels like the other side of the “Blood on Fire” coin, bookending the agoraphobic “Fortress.” But the beauty of it all is how even in their most unnecessary tracks, a Pinback album is still accessible. Even penultimate track “The Yellow Ones” has a softer approach than most indie rock bands of the time – it’s like an Eagles song in the 21st century, except it doesn’t suck.

One of the most memorable finales to an indie rock record in the ‘00s, “AFK” is the most driving and heavy song on the album. No one really uses the acronym for “Away From Keyboard” anymore, but the usage ties back to “Non Photo-Blue” with its Internet life realities. “No one uses the phone anymore,” they yell, with the album’s most dynamic drumming heard yet, and the most “rock” track. “Remember the Summer in Abaddon,” Crow asks, before letting us know, “I’m AFK and I can’t get by.” These feelings of isolation aren’t masks that Crow and Smith wear; they just choose to translate them differently than most. Two songs in one, “AFK” switches to a poignant finish with that carefree fluttering: “Miles and miles of telephone poles/ Fall and tossed around/ I can’t talk to you anymore/ and I miss you,” drives it all home. Summer in Abaddon may not possess the obtuse lyricism found on more mainstream rock releases of 2004 like American Idiot, but it’s foreboding message rings true today.

All of this can be stitched together to form the bleak album cover’s meaning. It suggests staring down the storm drain that is life, and watching it all go down. Pinback weren’t the most positive-thinking band. Over the years they were so unstable it’s a miracle their last album, 2012’s Information Retrieved, exists at all. A few years back, Crow even entertained the idea of quitting music altogether, only to walk back those words and head out on the road for a Summer in Abaddon anniversary tour. Looking back on the album 15 years later, Pinback may not have really known how to say what they wanted to say—they just knew that they wanted to say it. It’s the true dream of indie bands of any era. Pinback tried and didn’t fail, they just never reached as many ears as they hoped. As the calendars switch over to 2021 it’s anyone’s guess as to whether we’ll hear from Pinback again. Even if they did mount a comeback the magic that they harnessed on Summer in Abaddon is likely to never be conjured up again.