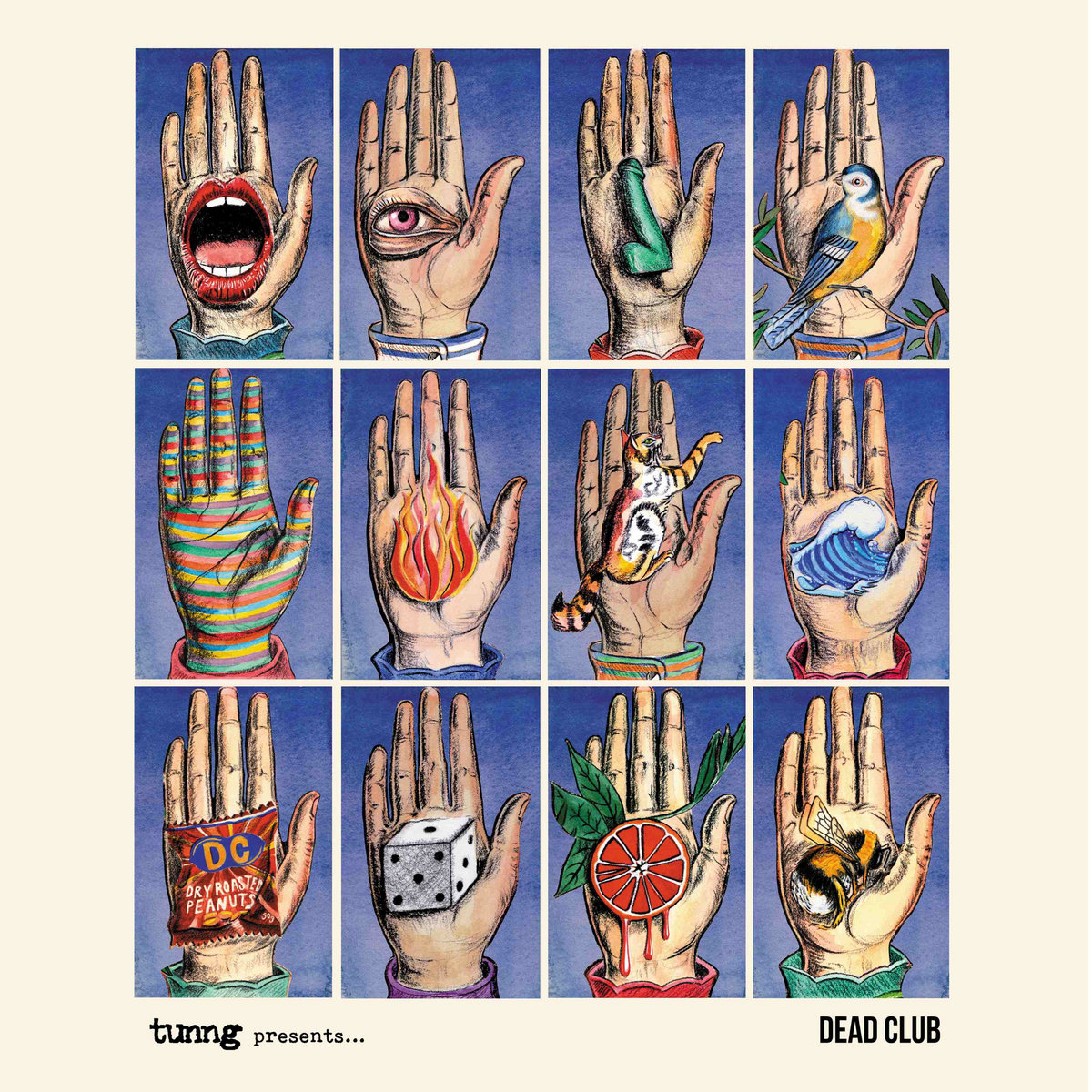 Tunng is a brave band, and Tunng Presents…DEAD CLUB is perhaps the bravest thing they’ve ever done. A multinational, multigenerational discussion of death probably doesn’t seem like the wisest choice of topics for an album. At first glance, it would appear unlikely this would be a record that sells. Yet this is an album that, despite the topic, offers an candid and fearless approach to examining society’s views of death.

Tunng has a unique methodology, focusing on the piano and a chord bed of D E A and D. As Mike Lindsay explains, “Those chords have a certain strangeness to them which is half-dark and half-hopeful.” The opening track, “Eating the Dead,” deals with the erstwhile custom of Brazil’s Wari’ people to reverently consume the flesh of the deceased. “Lay you on my kitchen table/ Cut you open tenderly/ Eat your heart and eyes and mouth,” Lindsay sings, later adding, “Eat the anger and the kindness,” while piano and organ gently remove the piece from what would initially seem horrifying, ending up with something quite tender.

Examining the ways other cultures deal with death opens us up to new ideas about what is and isn’t important. The insistent guitar that opens “SDC” gives way to electric piano as the song develops the theme of dealing with the accumulated possessions collected over the course of one’s life. An acronym for Swedish death cleaning, “SDC” offers a way forward where the dying begin the process of getting rid of those items that lack value. This act of decluttering enables both the family and the dying to move forward in a sensible way.

Rather than feeling sad, “A Million Colours” bounces along on a wave of drums and keyboards while the lyrics examine certain realities, “I can see how the world/ Could exist without me.” While it’s hard to imagine the person being gone, it is a notion that needs to be dealt with. Halfway through the song seems to be absorbed in a wave of noise, moving into a bass heavy riff. The piece concludes with Ibrahim Ag Alhabib of Tinariwen speaking about the traditions of death for the Tuareg people in northern Mali.

Max Porter, whose novel Grief Is the Thing with Feathers started the ball rolling for songwriter Sam Genders, ends up contributing two pieces to the work, “Man” and its companion “Woman.” Over a swiftly picked acoustic guitar, “Man” reveals in a spoken-word piece, “The body disappoints, then impresses, then fails, then triumphs,” before going on at length about a particular death and the effects on the family. He finally adds, “My cousin said, ‘The idea of the living outnumbering the dead is a myth. The dead club is always going to be bigger,’ he said. ‘100 billion’ he said or thereabouts.’” Against a lone acoustic piano “Woman” reveals the memories of a wife now unable to speak, closing with, “She made a hand sign asking us ‘let me rest’ and she made it and made it and alas we will not.”

On “Scared to Death,” Tunng acknowledges that we are all afraid of the end, and over an acoustic piano and an electric keyboard playing the D E A D pattern, our inherent fears of death are displayed. It’s one of those moments that illustrates, despite our best intentions, that there are some things we may fear until that last moment. Tunng Presents…DEAD CLUB is actually quite an extraordinary collection, taking a topic rarely discussed and bringing it into sharp focus. Perhaps not an album for everyone, but one well worth the time for those so inclined.