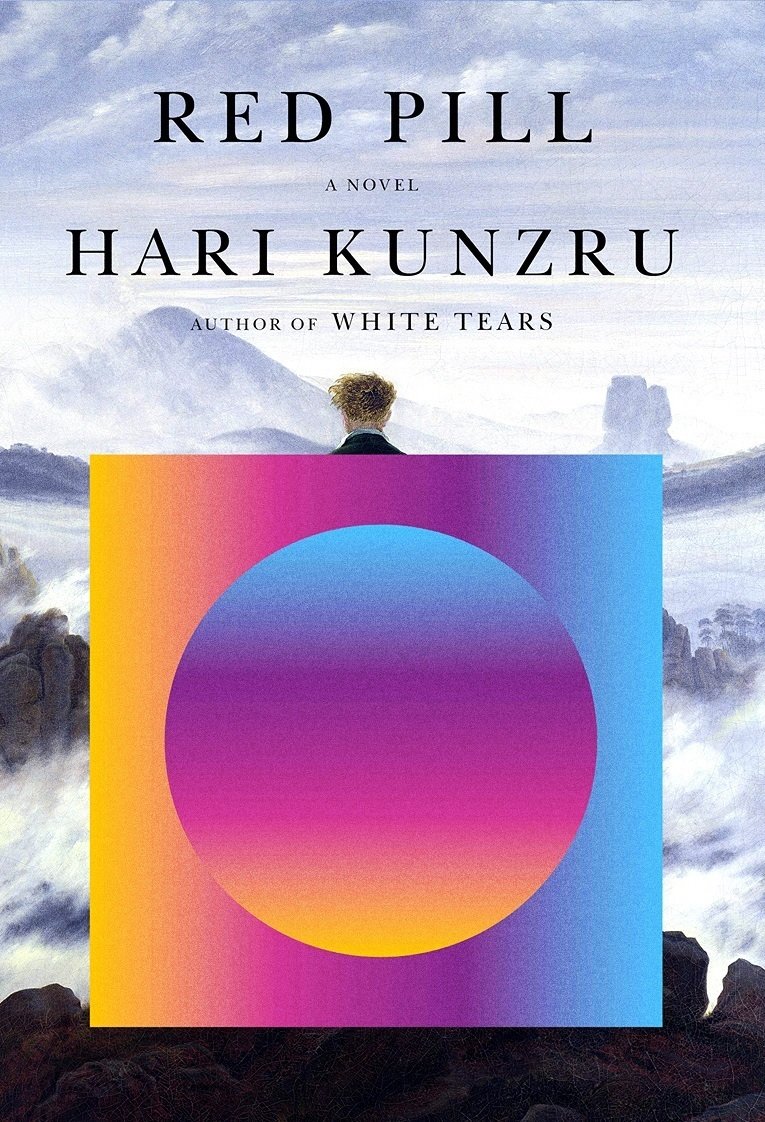 When a novel is written from the perspective of a first-person narrator, the narrator has an out-sized impact on the reader’s enjoyment of the novel. Whether she or he is likeable is much more important than plot or setting; in non-first-person stories, individual characters are not quite so crucial to the overall success of the book. Hari Kunzru’s novel Red Pill is a paradigmatic example of this: the book has a fast-paced, thriller-lite plot and is set in current-day Berlin, an undeniably fascinating place, yet the first-person narrator is simply an insufferable twat and ruins the novel completely.

The narrator – who, Fight Club-like, is never identified with an actual name – is a Brooklyn writer nearing middle age and desperate to write a second book to follow-up the success of his first effort. But life is intervening and he is just too distracted by home life with his toddler-daughter to get much work done. Plus, he admits that he is in a rut, on an existential level. On a whim, he applies for and wins a fellowship to spend three months in residency at the Deuter Center on the Wannsee in Berlin. At this point, the novel feels like a Berlin-set rehashing of The Shining.

Instead, the novel takes a turn for the worse as it plunges into the vacuous, hyperbolically insecure mind of its narrator. He imitates his young daughter in his tantrums – mostly on the page rather than with action in the world, because the narrator is too cowardly and lazy to make a scene, let alone become Jack-like axe murderer – about the unbearable “conditions” at the Deuter Center. These conditions include a large personal space for his rooms, free meals provided thrice daily, an historic campus, fellowship with the other scholars-in-residence and quick and convenient access to one of the most exciting urban centers in the world. The narrator is apoplectic about these conditions, stays in his rooms all day – at times sleeping on the bathroom floor because he is certain there is a camera in his sleeping quarters (as if anyone would ever waste a minute spying on this wasted lump) – and binge-streams a terrible US TV show about excessively violent cops called “Blue Lives.” Much of this petulance results from a run-in with a supremely arrogant Deuter Fellow at a communal dinner, when the narrator was simply neither socially nor intellectually capable of making the other Fellow fuck off. When Red Pill is not forcing the reader to marinate in the narrator’s anxious, paranoiac mind, it is forcing us to read entire screenplays of “Blue Lives” episodes and that is nearly as bad.

The crux of the plot is that the narrator, when he is finally convinced to venture out of his room and into Berlin by one of the other, friendlier Deuter fellows, meets the showrunner of “Blue Lives,” a guy named Anton. Anton is a very boring pseudo-intellectual right-wing troll who thinks he is the most insightful person in the world and the narrator simply cannot resist him. Like with the arrogant Deuter Fellow at dinner, the narrator is also lacking the mental or emotional maturity to either ignore Anton or best him in an argument. This eats at the narrator, which means he whines morosely and obsessively over another 100 pages.

Eventually, the narrator works up the courage to take “action,” sort of, and flees the Deuter Center in pursuit of Anton. He will best Anton and show the world that the guy is a phony and a neo-Nazi and…It doesn’t matter. The narrator does not do any of that. The closing scene of the novel is the 2016 US Presidential election, when the narrator – and seemingly Hari Kunzru through him – suggests that his unbearable and deranged crippling self-doubt that has tormented the reader for several hundred pages is vindicated. Now, with Trump in office, we will all become the narrator, impotently chasing right-wing trolls through every recess of our brain. That is your Red Pill, reader! Ha! Now you’re obsessed with your own personal Anton! Who’s crazy now?

Yeah, no thanks. It is still the narrator who is fucked up. Some of us are actually capable of ignoring pseudo-intellectual trolls spouting middle-school-level “philosophy.” Some of us are secure enough to not have nervous breakdowns or bankrupt our families because some anonymous research fellow thinks the topic of our book is fairy tale nonsense. Red Pill, on some level seems to know this, too, because by far the best section of the book – not coincidentally, the only non-first-person section – details the life of Monika, a janitor at the Deuter Center who lived in East Germany in the ‘80s, where she was terrorized by the surveillance apparatus of the Stasi. Monika is the opposite of the narrator: she was actually mistreated by shadowy figures representing an illegitimate political culture. She could not simply stop streaming the TV show; she could not simply fight back against right-wing culture by writing her own, anti-right-wing (both options open to and refused by the narrator). Is her section meant to make the reader castigate the narrator? It certainly seems so.

Night of the Kings