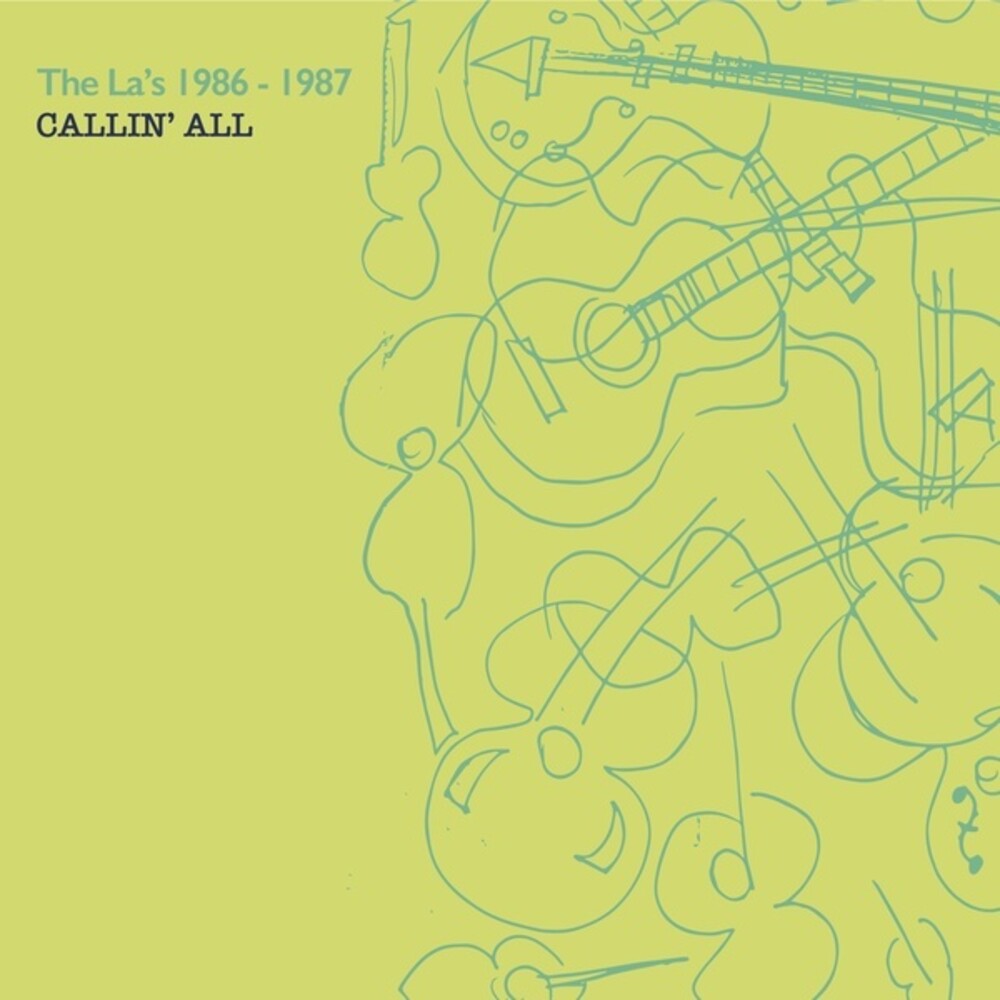 The La’s have a legacy that feels perpetually incomplete. Their first album is a classic, one of those pop albums that seemed to have come out of nowhere to create something timeless, but that’s largely all they’ve got. The band have reunited once or twice for live performances, but no new material has come since, and lead songwriter Lee Mavers seems unlikely to ever write new material for the band again. With Mavers disinterested in revisiting his old band’s music in any meaningful way, the task of telling the story of the La’s falls to the people who compile records like 1985-1986: Breakloose and 1986-1987: Callin’ All, collections that only serve to make the lone proper La’s album seem like more of a miracle in retrospect.

It took Lee Mavers some time to become the focal point of the La’s; when he first joined the band, he and Mike Badger shared songwriting responsibilities. Breakloose chronicles this relatively short-lived songwriting partnership, and the conclusion one can draw from it is pretty clear: Mavers was better writing songs on his own. This isn’t to intentionally cast aspersions on Badger, but the version of the La’s that is presented here is a confused one, a band hopping from one half-baked idea to another because they still don’t understand what they want to be. Of the 14 tracks on this remastered edition of Breakloose, only one (“Open Your Heart”) appears fully-formed and gives any indication of having that perfect synthesis of modern and classic sensibilities that the La’s would eventually perfect. Otherwise, the band make half-hearted attempts to play post-punk (as on the arch “Red Deer Stalk” and the regrettable title track), rockabilly (as on most of the tracks here, actually) or ’60s-inspired pop. Even some of the better ideas are underwritten – “Painting” feels like a potentially great song that the band never finished – and most of the completed songs here are too amateurish to really stick after one listen. If Breakloose is the lone document of this short-lived songwriting partnership, it presents ample evidence that the dissolution of Badger/Mavers was likely for the best.

Callin’ All, on the other hand, is all Lee Mavers. It’s all of The La’s, actually; Callin’ All consists mostly of alternate takes of the songs from the La’s album and purports to be versions that Mavers (who famously dislikes his band’s only official album) regards as his visions of how these songs should have sounded. Some are clearly demos, yes, but others present fully formed versions of songs without the studio gloss that was eventually applied to them. This has different effects depending on the song: “I Can’t Sleep” definitely sounds more lively without the canned drums that were a regrettable hallmark of late ‘80s studio production, but songs like “Son of a Gun” and “Way Out” sound like incomplete curiosities in the state that this album presents them in. Also, while Mavers and anyone else associated with the La’s may be understandably sick of “There She Goes” at this point, the decision to only include a haphazardly recorded live take of the song feels like a practical joke, even if it is the first live performance of the song. Mavers may regard the recordings on Callin’ All as his purest artistic expression, but the presentation here provides a picture that can only be partially complete.

The story of the La’s continues to be a frustrating one that neither of these records does much to illuminate. Certainly, neither could hope to hold a candle to the lone finished La’s album, even as Callin’ All has all of the same songs. But neither album is particularly illuminating in an exciting way, either: the first showcases a band of kids still trying to figure out their artistic identity, and the second is a more roughshod version of an album many people have heard hundreds of times by now. Perhaps Breakloose and Callin’ All offer a more complete La’s experience, but it’s not a more enjoyable or interesting one.

This is a new band now, distinct from the one who made Rise Above and Bitte Orca, and they…