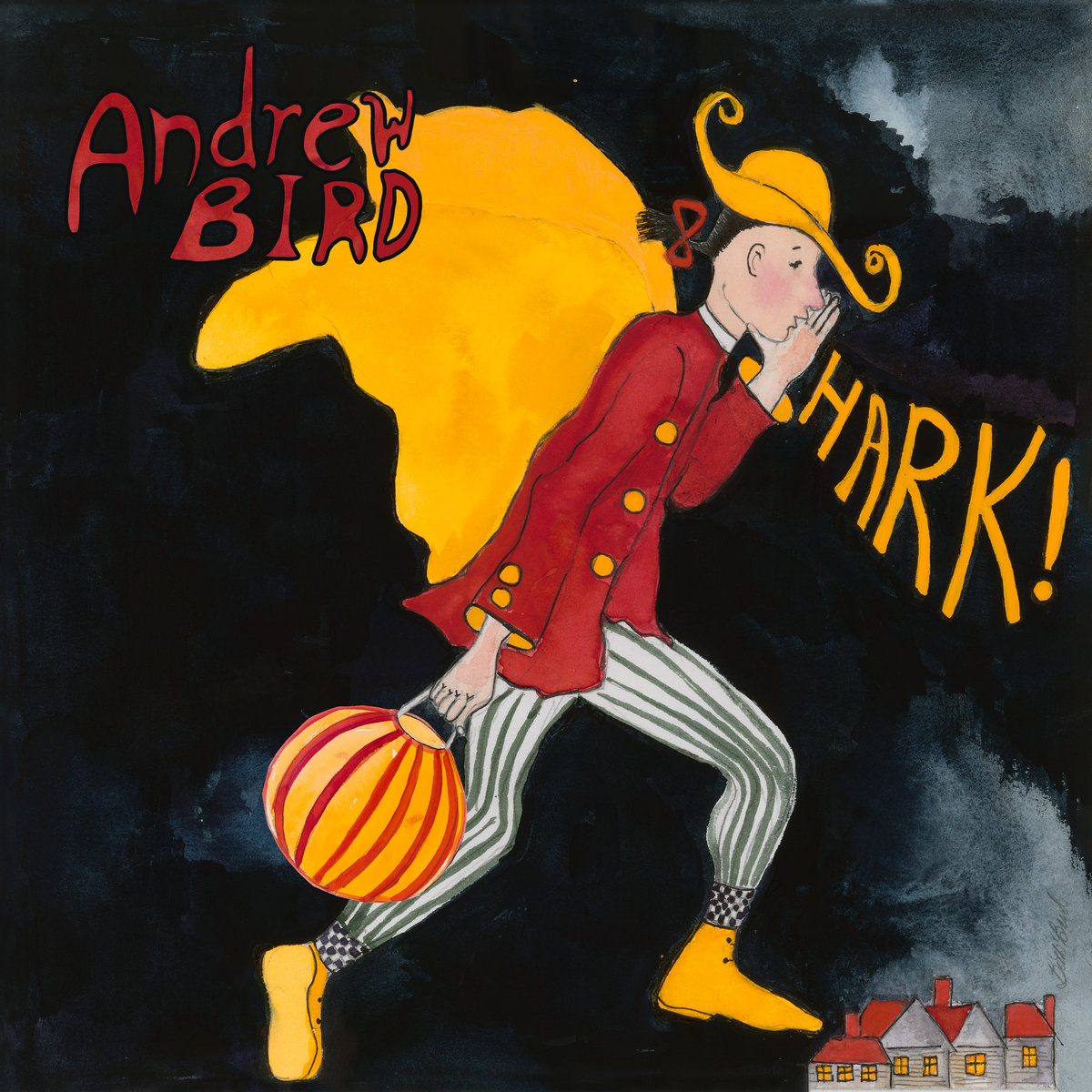 If you’re a movie fan, the fourth quarter of the year is when anyone hoping to generate awards buzz puts their newest picture out, hoping to keep it fresh in the minds of the humble voters. The music industry is entirely the opposite: as we enter late fall, early winter and the holiday season, any artist with something special to say has already released it – leaving the home stretch a landscape of boredom amidst fallow soil. It’s the only reason why Christmas albums have a shot at listenership: aside from the fact that it’s timely, it can also end up being the only “new” music some people hear.

If anyone is going to make a Christmas album that ditches the cloying, cash-grabby feeling that comes with many yuletide records, it’s Andrew Bird. He’s a musical genius that routinely makes beautiful, often tongue-in-cheek self-aware songs full of grand instrumentation. When Hark! – the six-track EP, all of which is contained within Hark! the LP – was released in 2019, it felt like a breath of fresh air, its songs festive, but never cloying. Those hoping for more of the same will be delighted by the arrival of this record just in time for autumn to really take hold and the holiday season to begin.

Among the new songs are a pair of covers, “Andalucia” by John Cale and the late John Prine’s “Souvenirs” – the former opens the collection, setting the “festive, but bearable” tone spectacularly, though admittedly the Paris 1919 cut only has a tenuous Christmas connection that starts and stops at the inclusion of the word “Christmas” in the song’s last verse. “Souvenirs” is more overtly Christmas-themed, but almost in an attempt to make up for it, is the one song here that truly “rocks,” making it a fitting tribute to the legendary country singer who passed away earlier this year. He also drops in a few originals, like “Night’s Falling,” “Christmas in April” and “Alabaster,” which can easily pass as Christmas classics if you don’t pay too much attention – a testament to how effortless Bird is at assuming a certain songwriting style.

One thing that sets Hark! miles ahead of most Christmas music is the fact that we’re largely spared the bland vocal renditions of the classics presented here. Multiple songs are fully instrumental – “Oh Holy Night” is kept to under two minutes and, rather than being sung, is used to showcase Bird’s world-class whistling, sparing us the need to listen to yet another traditional presentation of the song – which he repeats one song later with the equally-brief “Mille Cherubini in Coro,” one of Schubert’s Yuletide deep cuts. Of course, Bird couldn’t resist a bouncy and fiddle-laden version of “Auld Lang Syne” or a sparse, reverb-drenched take on Bing Crosby’s inescapable “White Christmas,” but it’s easy to tell from his delivery of the latter that he’s presenting it because he wants to make something extraordinarily hammy. Can you blame him?

The biggest drawback, though, is that none of the traditional songs of Hark! add much to the source material, even when he drenches them with the kind of Charlie Brown Christmas-era Vince Guaraldi style jazz that initially inspired Bird. The originals presented here are charming, but they don’t have enough of that classic Andrew Bird spark to feel all that substantial. Unless you’re doing what other bands have done, where they either rend the source material asunder and put an almost alien spin on it (as Low did with their seminal ‘99 Christmas EP) or simply write a bundle of songs that just happen to be Christmas songs (see: Los Campesinos! and their excellent A Los Campesinos! Christmas), there’s only so far you can take Christmas music. Even a version of “Oh Holy Night” delivered in the form of Bird’s, well, songbird-like whistle is still the same “Oh Holy Night” you’ve heard roughly one billion times since you were born. It’s unfair to hold that against him, though, and if you’re willing to hear yet another version of “Auld Lang Syne,” Hark! is a worthy addition to your holiday rotation.

The collection is worth a listen, but past that, it’s easier to pick a treasured few from …