May 07, 2021
Home Music Wayfarer: A Romance With Violence 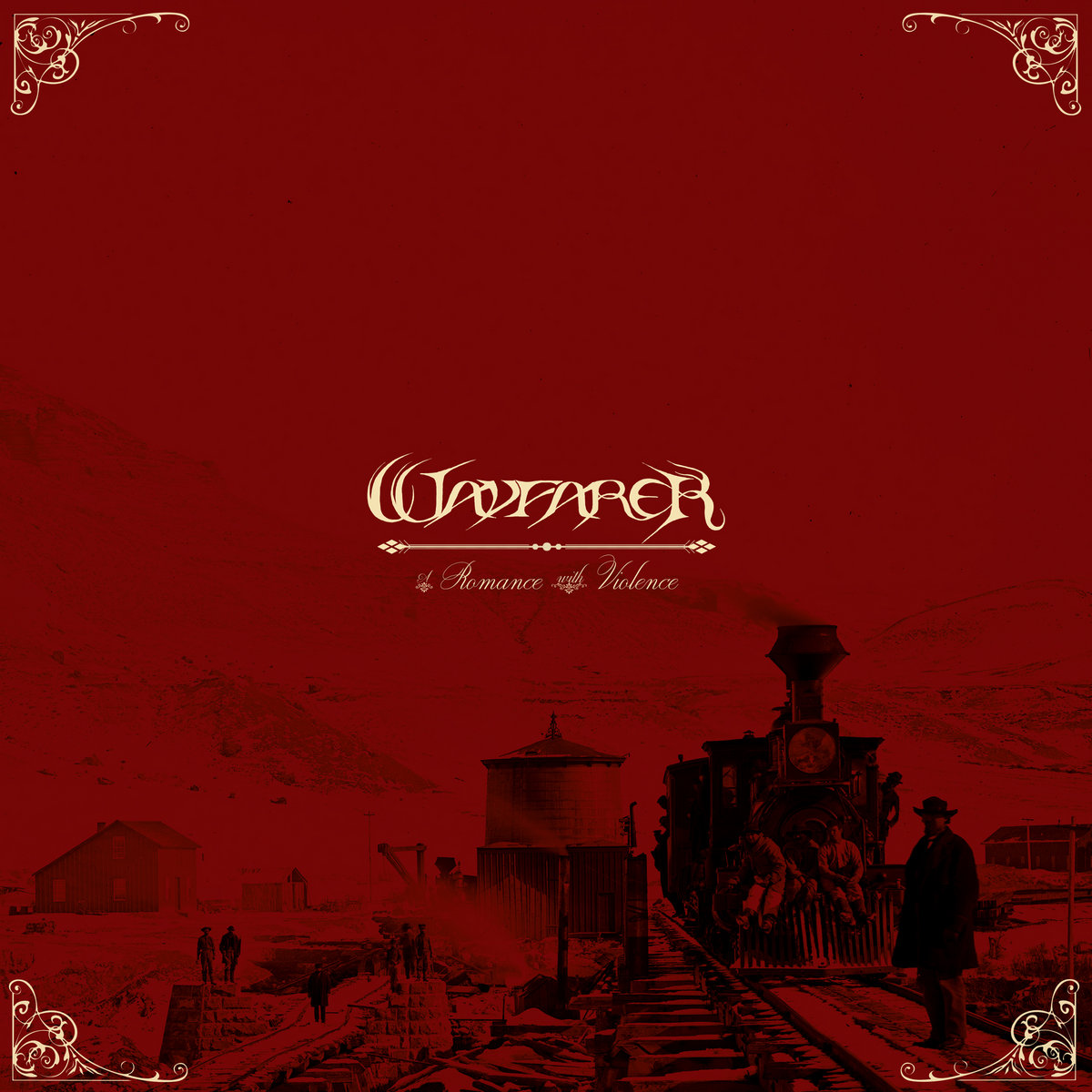 It took about a decade for US Black Metal, which emerged in the mid-‘90s, to stop apologizing for its geographic origins. Kentucky’s Panopticon did a lot to popularize the conflation of American history and folk music with black metal, but Colorado’s Wayfarer deserves recognition in this micro-genre as well. The term “black metal of the American West” may bring all kinds of awful gimmicks to mind, but the band’s discography offers a unique cross section of blazing riffs and powerful imagery. 2018’s World’s Blood did a lot to solidify Wayfarer’s sound, but A Romance with Violence does even more to separate the band from the pack.

Wayfarer’s press releases sites A Romance with Violence as the black metal equivalent of alt-country group 16 Horsepower. The crackling, out-of-tune piano intro to “The Curtain Pulls Back” proves the concept. The song uses black metal’s potential for dramatic storytelling to envision a dusty vagabond stumbling out from a sea of sand into a saloon during the 1800s.

The atmosphere remains intact once the full band enters on “The Crimson Rider (Gallows Frontier, Act I),” which blends rustic, almost bluesy riffage and the genre’s signature shrill, high-end tremolo lines. The eerie dissonance and emotive heaviness is there, but an undertone of outlaw country pervades throughout each riff change. Guitarist-vocalist Shane McCarthy rides on catchy vamps as easily as he climbs the fretboard, just like bassist Jamie Hansen knows when to groove and when to incorporate his own melodies. Similarly, drummer Isaac Faulk balances nuanced beats with blistering chops. The band can seamlessly progress from dusky acoustics to blast-beating barrages.

Metal has its share of cross-genre abominations, but Wayfarer’s is a thoughtful, artful approach. The chilling lines of “The Iron Horse (Gallows Frontier, Act II)” encapsulate this album’s basis in the grim consequences of Westward expansion: “The veins of the Republic expand/ The company revels in their champion/ On his back, the west will be won.” Underneath the infectious progressive black metal lies a dark underbelly of American History, which helps give the album’s fiery, progressive sonics an emotional through line, even when “Fire and Gold” goes from a smoldering, slow-burning alt-country spiritual.

It’s here where the connection to the work of David Eugene Edwards becomes crystal clear, from the baritone singing to the moody keyboard patches that steadily overtake the arrangement. The instrumental “Intermission” achieves a similar effect, allowing the band’s immersive vibe to slow down and take the time to world build instead of getting too on-the-nose with a stylistic amalgamation.

Wayfarer isn’t a “country metal band,” as the Americana comes from feeling rather than instrumentation. Longer, more involved cuts like “Masquerade of the Gunslingers” show that Wayfarer are songwriters first and foremost in their unique style—much like Ulver was during the Bergtatt era. From melodic, waltzy meditations to a roaring cavalcade of leads like the howling wind and low end crunches like wooden wheels on an unpaved road. As the vocals seamlessly transition from mournful singing to monstrous growls, so does the music traverse all manner of rhythm and chord structures without losing the vibe.

It takes a special band to start out like a campfire jam and then take off like an eagle flying a lonesome caravan. Closing cut “Vaudeville” does a lot to put Wayfarer’s idiosyncrasies into palpable perspective. The song’s dynamic progression from intimate acoustics to soaring despondence carries both emotive melody and hypnotic ambience. The lines “Where is the dream? Where is the world that was promised? Where is romance? When did it give way to rape?” encapsulate a loss of innocence—a tragic rejection of the romanticized Wild West.

Wayfarer is another nail in the coffin for the “U.S. black metal bad” mantra. A Romance with Violence brings Americana to the black metal sound in aesthetic, lyrics and musical execution. The album works as a great black metal album, naturally incorporating Western noir rather than regressing to genre-mash cringe.