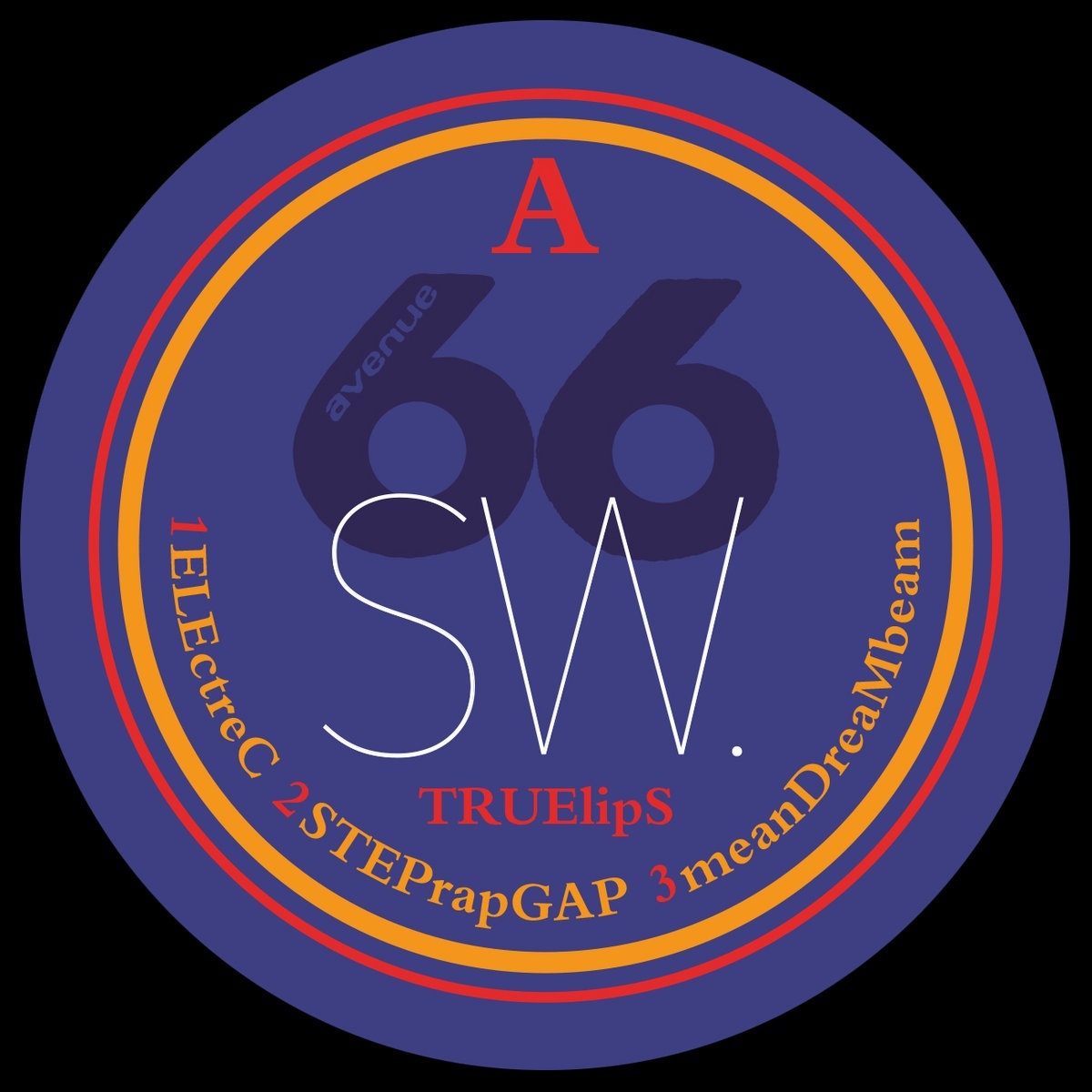 SW. arrived in the world of dance music like a debonair and mysterious party guest, offering no clues about his identity, with a stately and elegant album called, well, The Album. Its 12 untitled tracks drew from every corner of dance music, with an emphasis on the turn of the ‘90s and a de-emphasis on the kick drum. For all its eclecticism it felt like one thing, a bedrock he could freely shape into drum & bass or ambient or Chain Reaction-style dub techno at his whim. It had a sense of grace; without a kick drum constantly hammering away, it felt like it was always gliding a few inches off the ground.

Three years later, here’s TRUElipS. If that name gives you pause, your Spidey-Senses are onto something: this is an album that carries itself like a Flaming Lips promotional skull gummy. The cartoonishly exaggerated bassline that opens “ELEctreC” gives you as much of an idea of what to expect as those haphazardly capitalized titles. This is an album of comic-book overexaggeration and garish neon colors, and its relation to its predecessor is like that of Lisa Frank to Piet Mondrian.

The eclecticism is still there, but this time, it feels all over the place, a paint splatter rather than an artful molding of clay. The titles should give you a clue of what’s going on. “theMARTIANswing” has an open hi-hat and a lot of weird sound effects. “JAZZmassLESS” is all jazzy synth stabs over the soft drum skitter of a chill-out classic. “ambientRAND” is a concluding tail of ambient music, nowhere near as joyful or purposeful as The Album’s “Untitled C3;” it’s the kind of track producers put on their “artist albums” to fill them out while waiting to get back on the dancefloor.

A Bandcamp press release ties the album, as so many Bandcamp press releases do, to quarantine; this is “a throwback to bright, imagined futures.” More likely this was going to be his DJ-tools album before circumstances made that impossible. The best tracks are the most dancefloor-forward, like “meanDreaMbeam,” which is almost all drums tripping over each other and interlocking in head-scratching ways, and “spookyWOOKYchill,” the most traditionally techno track here, which squishes and squirms for seven and a half minutes as chords and friendly arpeggios bubble under.

“radeDARKpaid” might be the best thing here, its chords streaking across the sky as a refreshingly crispy breakbeat slams and pounds the earth beneath. The clarity of its drums seems at odds with something like “daCRUISEgangSTAR,” a mid-tempo strut seemingly built around a GarageBand “Rock Kit” preset—or at least that’s one way to explain a snare sound that would make 311 wince.

None of these tracks have any commonality with each other save for the big, beautiful chords he thankfully still loves, which here sound like they’re gasping for air rather than shimmering across the surface of his music. The Album, for how hard it slapped, was a beautiful album. This is one where occasional glimpses of beauty are allowed to rise to the surface before plummeting back into the murk.