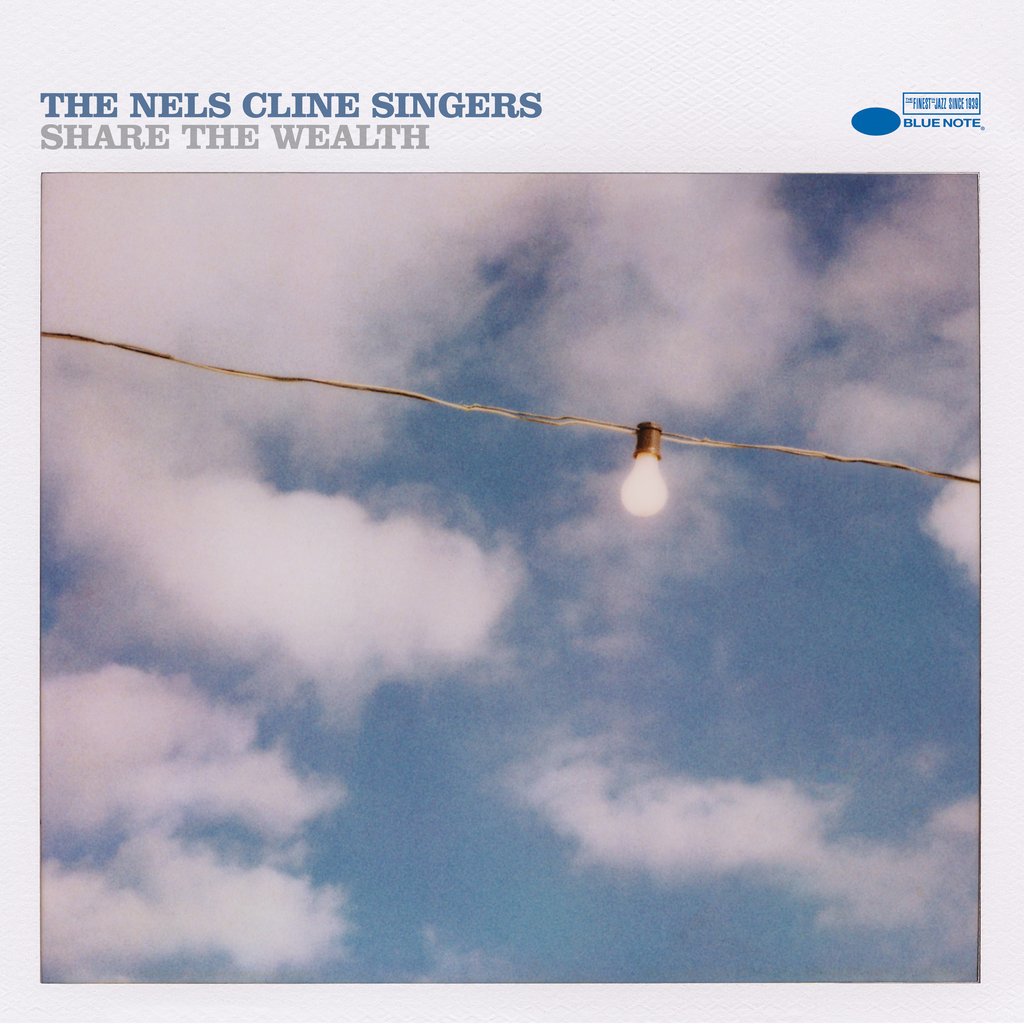 The acoustic guitar, in somewhat off-tempo 4/4, nestles a saxophone that pensively wails. In the distance, the jingle-jangle of incidental percussion provide a kind of sonic frame, the measures kept tidy and within their respective places. And, about two minutes in, the finger-picked acoustic shuffle of a verse demurs and listeners are greeted by jazzy, almost Andalusian, little wandering of a solo on the acoustic guitar. It is clearly the work of a master but one who does not revel in pomp and circumstance. Instead, the solo is only a brief respite before the resolve and the song return to a coda, the shuffling acoustic guitar and saxophone growing increasingly melancholic as the LP closes and the curtain is drawn.

The song is “Passed Down,” off Share the Wealth, the new LP out this month from the Nels Cline Singers. It is a hushed offering – like the classic “Caved-In Heart Blues,” as emphatic about its short-hand as it is restrained from flashiness – and a reminder of Cline works like 2009’s Coward, an unusual, even obtuse, solo collection that is sometimes hard to love but is loved nonetheless. But it is far from emblematic of the larger work. One could even say it’s a bit of a departure. On the new LP, Cline continues to lead his ensemble through a boardwalk funhouse full of long-winded sounds and genres – if there’s one thing consistent about the group, it’s the desire to be ingested inconsistently. Meanwhile, the structural or compositional grandeur of the LP remains in question. Yes, yes, the disc runs some 80 minutes and two songs pass the 15-minute mark but lengthy songs do not always equate to opuses. Cline offers great colors here but some or most of the record’s finest moments are the uncharacteristic in-between details of all, not the rush toward big, bold Blue Note historiography.

Some critics are likely to get hung up by arguably repertoire-defining acts like “Stump the Panel” – and that, indeed, is rich and ripe with musical bravura. (We think, though, it is far from the record’s best piece.) At its best, it feels like Cline’s work with Wilco by way of a heavily cut-up “Djed,” reference points that should elicit delight. “Stump the Panel” might sound like the paramount of edginess but it’s the little details elsewhere that steal the scene: the pivot around mouth harp and what could be didgeridoo on the Frisell maximalisms and six-string/sax interplay of opener “Segunda,” the sparse and appropriately lunar-themed sax wails on “A Place On the Moon,” the wondrous sonic drift and closing bass/drum/electronica resolve of “Headdress,” the midnight moods of “Nightstand.”

When nobody was looking, though, between all of that grandiosity, Cline slipped in “Beam/Spiral,” which might be the record’s best-performed and most heat-generating track, two metrics oft important when you’re working with players who skim the difference between jazz construction and jam-band experimentalism. “Beam/Spiral” starts “conventionally” enough, with lamentations and occasional Zorn-isms from Skerik’s ever-engaging tenor sax. About two and a half minutes in, Cline unfurls a dissonant little scale that wears its post-rock mantle proudly. By four minutes, the guitar has given way to – more appropriately, morphed into – a loose, jangly bit of chopping water and the band makes great hay of it. The biggest criticism we’ve heard of Cline’s Singers in the past has been one familiar to jam bands: they’re masturbatory, without enough money shots. Well, the closing half of “Beam/Spiral” is one big crescendo, with various instruments stepping to the fore into lead roles. Cline’s guitar is effervescent and shockingly atypical. For a musician who does well working with precision, Cline and the piece revel in abandon. It’s exciting stuff to hear.

Verdict’s out on the disc as a whole, in terms of its place within the Cline canon, which, rumor has it, has topped the 150 LP mark. Share the Wealth clearly shares its wonders; this being Nels Cline Singers, there’s a shitload of musical wealth to go around. Whether it lives up to the classics or even will be mentioned someday in the same breath as Cline’s work with Wilco is a debate for the ages. One thing’s for the certain: the group surely has stuck the landing on the details here. Blue Note’s A&R people must be grinning ear to ear.