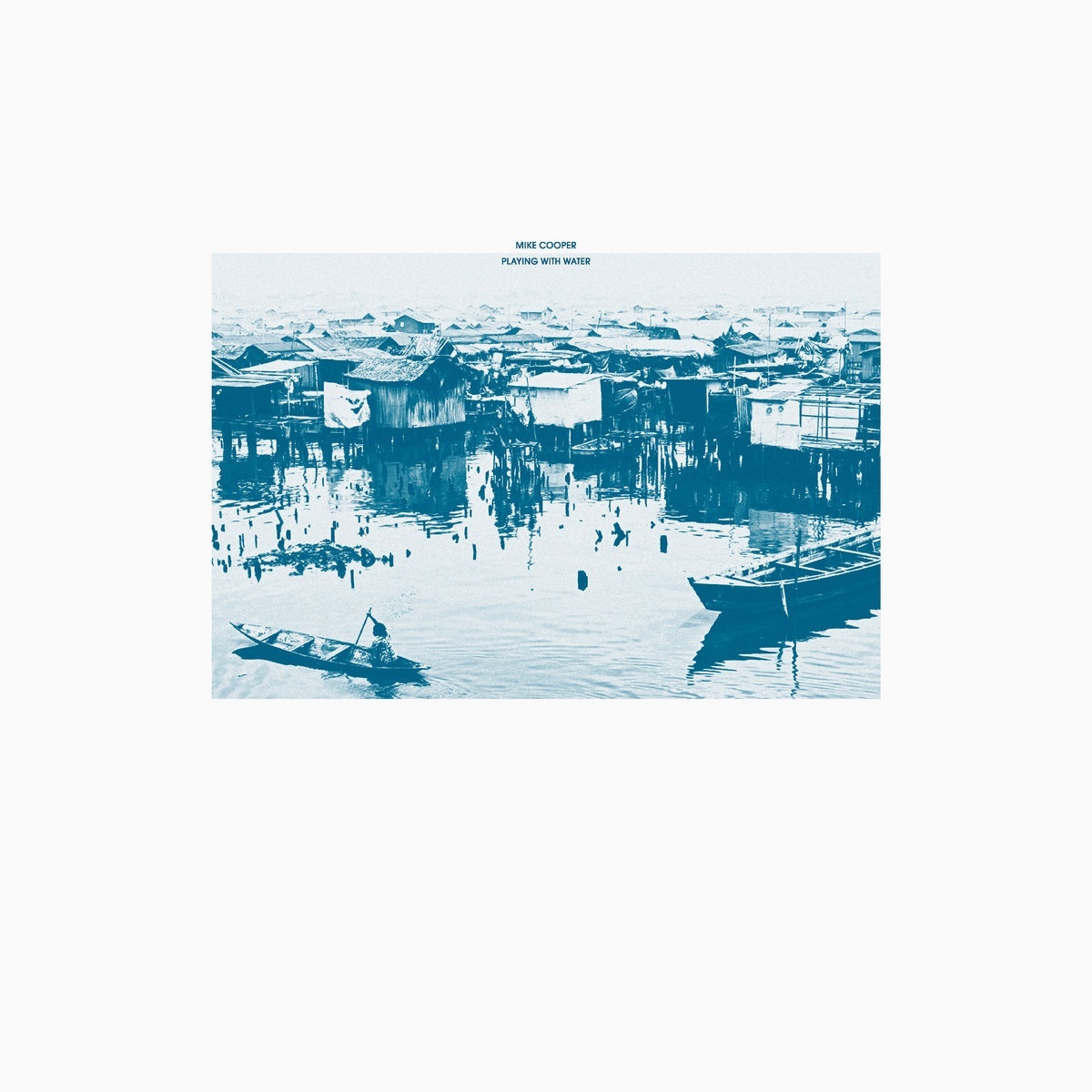 No composer plays with water quite like Mike Cooper, and few are so interested in how we play with water, which in this context can be read like “playing with fire.” The effects of climate change are an obsession for the 78-year-old, who for the last two decades has worked in a distinctive and clearly defined style based on Hawaiian slack-key guitar, field recordings of water and natural phenomena and harsh, piercing electronics. His music subverts the idea of “exotica,” stripping away paradise clichés and showing how the islands he visits on his endless boat trips around the world are vulnerable to the quickening advance of the sea. And his music has always been…uneasy, at least.

Playing with Water marks the moment when it turns scary. Something irreparable has been torn; you could listen to Mike Cooper albums casually until now. It’d be convenient to say that’s because the issue of climate change is more urgent than ever in 2020, but Cooper wouldn’t have spent two decades making music about it if he didn’t already know it was urgent. What we’re seeing here isn’t an extra-musical coincidence but something much more special: a breakthrough, 60 years into a career that’s already produced a lot of great music.

Cooper has often tried to conjure places without people. This time there are people, lots of them, and we hear them shout distantly on the horizon, their problems insoluble through the speakers. The sound of water is overwhelming, and this time it’s not the clamor of ocean waves but an indifferent lapping mixed with a constant overflow from overhead: the sound of a terrible stillness, the aftermath of a catastrophe. The feeling of ruin, desolation and abandonment is inescapable. This is one of those albums like Gas’ Pop that triggers an instantaneous influx of images, almost like you’ve taken a drug.

“Baarish ke Baad (Sri Lanka After Rain)” opens the album with a piercing insect noise, like it’s giving you a nip for approaching it. Cooper’s guitar takes nearly two minutes to enter, and so well-done is the sound design on this album that he often sounds like he’s playing guitar as everything else just happens around him. It’s like he’s sitting on a ledge, overlooking the action.

On top of everything else superlative about Playing with Water, it’s a great guitar album. Sometimes, Cooper circles warily with little high swoops and swirls. Other times, his hands sound like they’re trying to crawl inside his instrument like a crab. But the guitar is a through line, not the focus. You can focus on the playing or you can let it blend into everything else. I suggest you try both.

The proportions alone are formidable: seven songs in 58 minutes. We seem to drift downriver as it deepens. “Wetropolis (Jalan Durian)” is an absolutely gobsmacking piece of sound design, centered on a metallic sound that swings inevitably through the track like a pendulum, like two loose pieces of siding banging together in a flood. Cooper’s guitar seems to have melted into the track entirely: little flashes, swimming like bright fish, surrounding that dreadful death knell.

The 21-minute “La Malvarrosa” is a reality anyone listening to this album will have to face. If you’re not looking at the track length, you’ll start to wonder at a certain point where it’s going, if anywhere. Then that horrible sound enters: synth strings, the “threnody” kind, as terrifying as anything on Scott Walker’s The Drift. Your second listen to Playing with Water will probably be scarier because you’ll feel the power of “La Malvarrosa” pulse through the album as you approach it one track at a time. Even when it’s not playing, it’s lurking, offscreen.

“La Malvarrosa” may have worked better in the late-middle as track five or six so that it becomes the album’s heart rather than the runway leading out of it. Ambient albums tend to put long tracks at the end, but it’s braver to put them in the middle, where they can serve as an endurance test for listeners. The only other criticism of Playing with Water is that some of the sounds he uses—just some—are a little irritating, like when he starts playing idly with the pitch shifter about a third of the way through “Malvarrosa,” right before it really gets dark.

This is an album that’s too demanding to return to often. But if enough people hear it, it absolutely has the potential to become a classic. Look at the popularity of the Caretaker’s Everywhere at the End of Time, an album that similarly acts as a rupture in an artist’s discography and works by drawing us in and then scaring the shit out of us. A generation is emerging with a higher tolerance for the avant-garde than ever. Playing with Water is waiting for them. Let’s hope the end of the world isn’t.