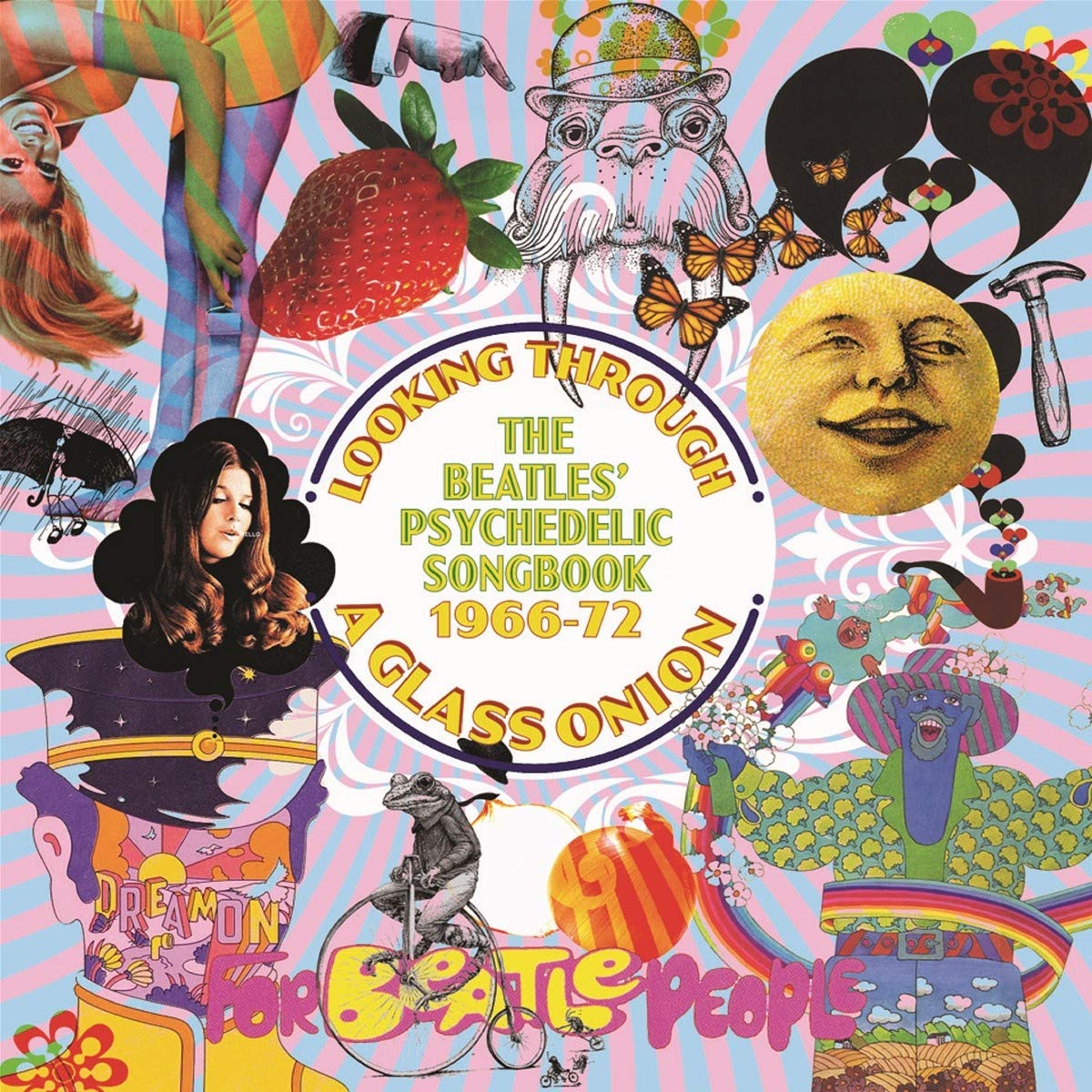 Many ambitious musicians took their inspiration from The Beatles. Fewer opted, or dared, to cover them. The choice is daunting, yet the chance is inviting. Scrabbling for a rung up the charts, British bands seeking fame followed fresh tracks laid down by John, Paul, George and Ringo. David Wells has gathered nearly 70 of these covers for a nearly four-hour set accompanied by a carefully annotated 40-page booklet. As ambitious as that is, Looking Through a Glass Onion may not please every Beatles fan.

Naturally, not all of the attempts work. Some hew too closely to the original to matter, while others irritate rather than captivate a listener with little patience for whimsy or noodling. However, name-checking the abundance of talent within these three discs could take up this whole review. Dozens of singers, songwriters and innovators emerge in their formative stages. While Wells’ song sequence follows neither chronology nor genre, hearing the variety across this spectrum of music makers ensures that the audience will peer closely and peel open some psychedelic, folk, hard and soft rock bits of flavor. The less said of a few jazzier or wonkier inclusions, the more attention for deserving, inventive sounds.

Disc One introduces early on Deep Purple’s “Help” and Yes’ “Every Little Thing.” These hit makers early in their careers infused these songs with their own ambitious, and soon familiar, progressive, expansive or moody approaches, suiting the stoned late Sixties. The Hollies, The Shadows, The Tremeloes, Tomorrow, Spooky Tooth and Stone the Crows: all familiar names to aficionados of the British Invasion and its second wave of rock ensembles. But, as throughout this box set, future stars burst out from marginal line-ups, long-forgotten LPs and even one-offs.

Jostling for attention are the likes of Nick Lowe from Kippington Lodge (“In My Life”), Alex Harvey with the backing band for Hair (“Birthday”), and Sounds Nice, a cash-in product from Elton John’s producer Gus Dudgeon and arranger Paul Buckminster (“Flying”). Less-heralded peers proliferate, and their names alone conjure up the times: Trucial States, Orange Bicycle, Rainbow Ffolly, The Gods, The Frugal Sound, The Young Idea and The Wilson Malone Voiceband march along.

One of the pleasures of sorting through this congeries of coolness comes when one hears a few of these cover bands or front men take on a second Beatles release. For instance, Andy Ellison of John’s Children boosts “Help” into a brassy show tune, complete with female backing vocals. Then Ellison, from the same session, slows “You Can’t Do That” into another theatrical number.

On the other hand, Linda Peters (later Thompson, as in Richard) cuts down “Get Back” into a spare vocal delivery, enhanced by acoustic guitar courtesy of Martin Carthy, taken from demos she made in 1970. That conjunction explains another selection factor for the set. Most songs come from the mid-to-end of the ‘60s, with many bands recording their takes not long after The Beatles released them, tilting some obscure talents towards tunes that were less singalongs and more complex, experimental, nostalgic and/or chemically motivated. Few of these covers were chart-busters, perhaps proving that the Fab Four’s craft had matured to a point that may have strained the abilities of most admirers to imitate.

Out of Disc Two’s 26 tracks, for instance, none date from before Rubber Soul, but a third disc comes up with two exceptions, Ellison’s aforementioned nightclub attempt at “Help” and The Score’s rattling “Please Please Me,” which amplifies the exuberance of a simple ditty.

More treasures await. The Shadows’ Eastern-inflected, electrically charged instrumental version of “Paperback Writer” riffs on its churning melody channeled through the already captivating Lennon-McCartney arrangement. Big Jim Sullivan adds sitar to not only, unsurprisingly, “Within You Without You” but “She’s Leaving Home.” Folk picker Davey Graham and his wife Holly hook up with a tabla player to bring out the suitably gentle sentiments of “Mother Nature’s Son.”

Even Vera Lynn, the beloved performer who recently died at 103, closes out Disc Three as she renders “Good Night.” While this collection does not explore the parallel field of pop or MOR versions of The Beatles’ catalogue, Lynn’s interpretation reminds audiences of the slogan that grandparents might love the four Liverpudlians as much as the tots and teens.

It will be for the buyer to find out what George Harrison thought of “If I Needed Someone” as interpreted by The Hollies. David Wells’ liner notes prove witty, pithy but quite well informed. Cherry Red’s Grapefruit Records regularly issues anthologies of this period in rock, and this new boxed set may introduce those inclined to ‘60s sonics to seek out more from these artists. Like-minded fans eager to delve into the less frequented byways of British artistry will find Looking Through a Glass Onion a tasty rather than bitter treat.