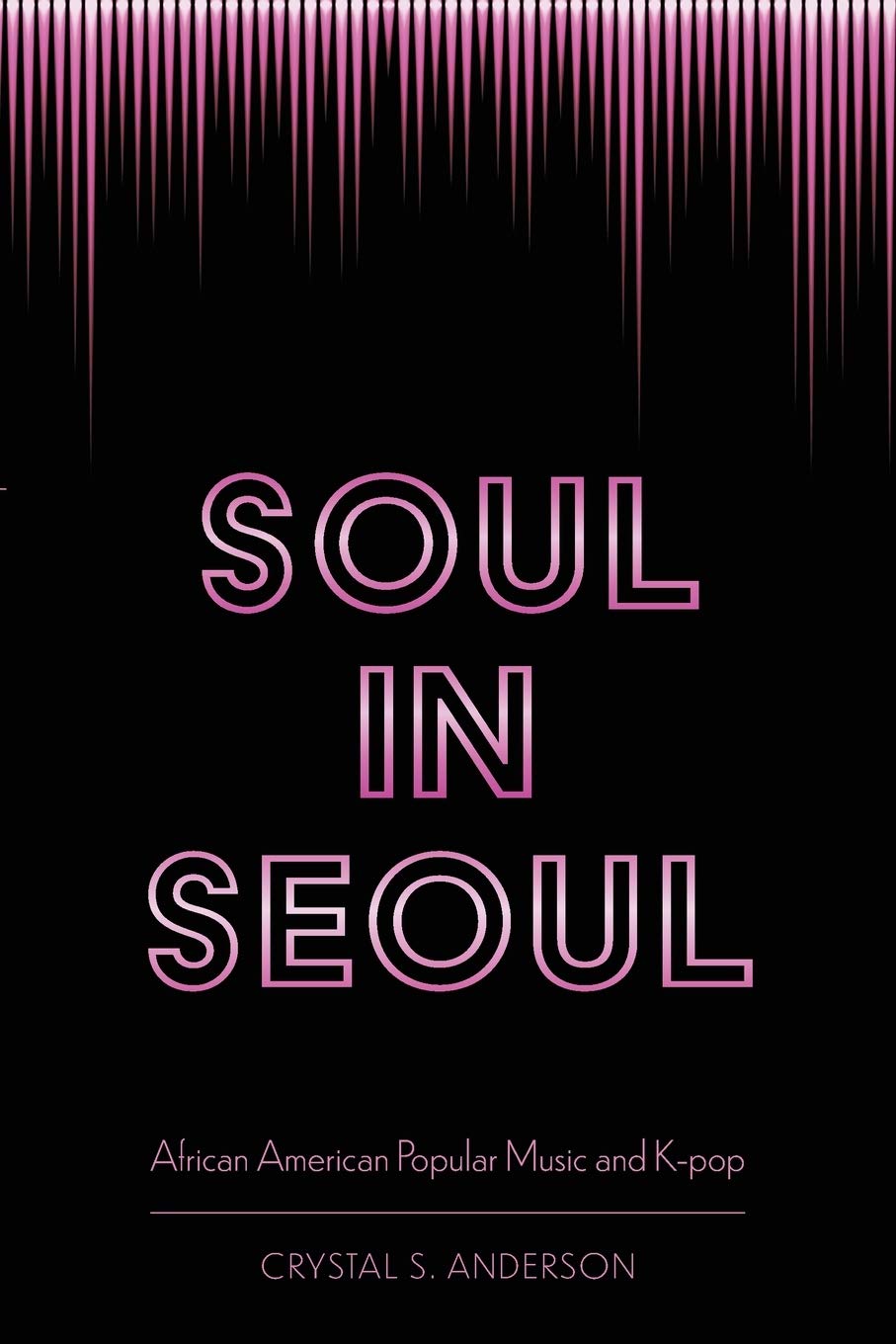 Almost at the precise halfway point of Soul in Seoul, author Crystal S. Anderson describes a concept that’s easily grasped, clearly expressed and essential to her book’s subject: “Focusing on the race of musicians or audiences limits our examination and consideration of their impact on music and audiences.” Anderson, who’s affiliate faculty in Korean studies in the Department of Modern and Classical Languages at George Mason University, herself demonstrates this pan-racial idea: the very fact that an African American professor is writing about K-pop from a genuine love for the music defines the crossover success of the globally popular genre. As Anderson explains, part of K-pop’s appeal comes from its homage to and transformation of R&B. It’s a great subject, and the author knows this material inside-out and taps intriguing subplots that emerge out of this complex relationship. Unfortunately, the book is written in a dry academic style that limits its audience and potential impact.

While the K-pop that Anderson tackles here began in the early ‘90s, the author traces the history of Black-Korean interaction back to African American members of the military serving in the Korean War, which makes for one of the book’s most engaging sections. By the ‘70s, African American music reached new levels of global domination, and in the ‘80s and ‘90s Asian American immigrants moving between Eastern and Western cultures added to the cross-cultural stew.

Anderson is well-versed not just in K-pop artists but in the K-pop fan discourse, and cites a variety of fan blogs to illustrate the genre’s wide appeal, making sure to note that even K-pop fans can find the genre’s reliance on Black music a mere watered-down simulation. Yet in other ways, non-Black purveyors of R&B are doing a different kind of what Anderson calls “cultural work” that genuinely resonates Korean audiences. For instance, the gospel influence in American R&B connects to Christian communities in South Korea.

It would have been useful to read about R&B influences before K-pop; one of the sources Anderson cites claims that “R&B was virtually non-existent before 1992 in South Korea.” That will be news to the producers of Funky Coup, which compiled Korean soul, including fairly straight homages to James Brown and Earth, Wind & Fire from the ‘70s.

More frustrating than such gaps, however, is the scholarly prose. Even in chapter subheadings, the book’s origins in academia are hard to shake: it will be difficult for the casual readers to get with a heading like, “Cultural Practices and Intertextuality,” even though that section attempts to answer the intriguing questions about authenticity. The book often reads like a series of case studies, with detached and sometimes repetitive language that can be a slog even for subjects which should be more entertaining: then again, when Anderson lists the different costume changes in K-pop music video, her goal isn’t to judge sartorial aesthetics, but to point out symbolism.

Soul in Seoul is a labor of love, and K-pop junkies will eat it up. The academic bona fides may lend the subject an air of respectability, but it’s not a breezy read.