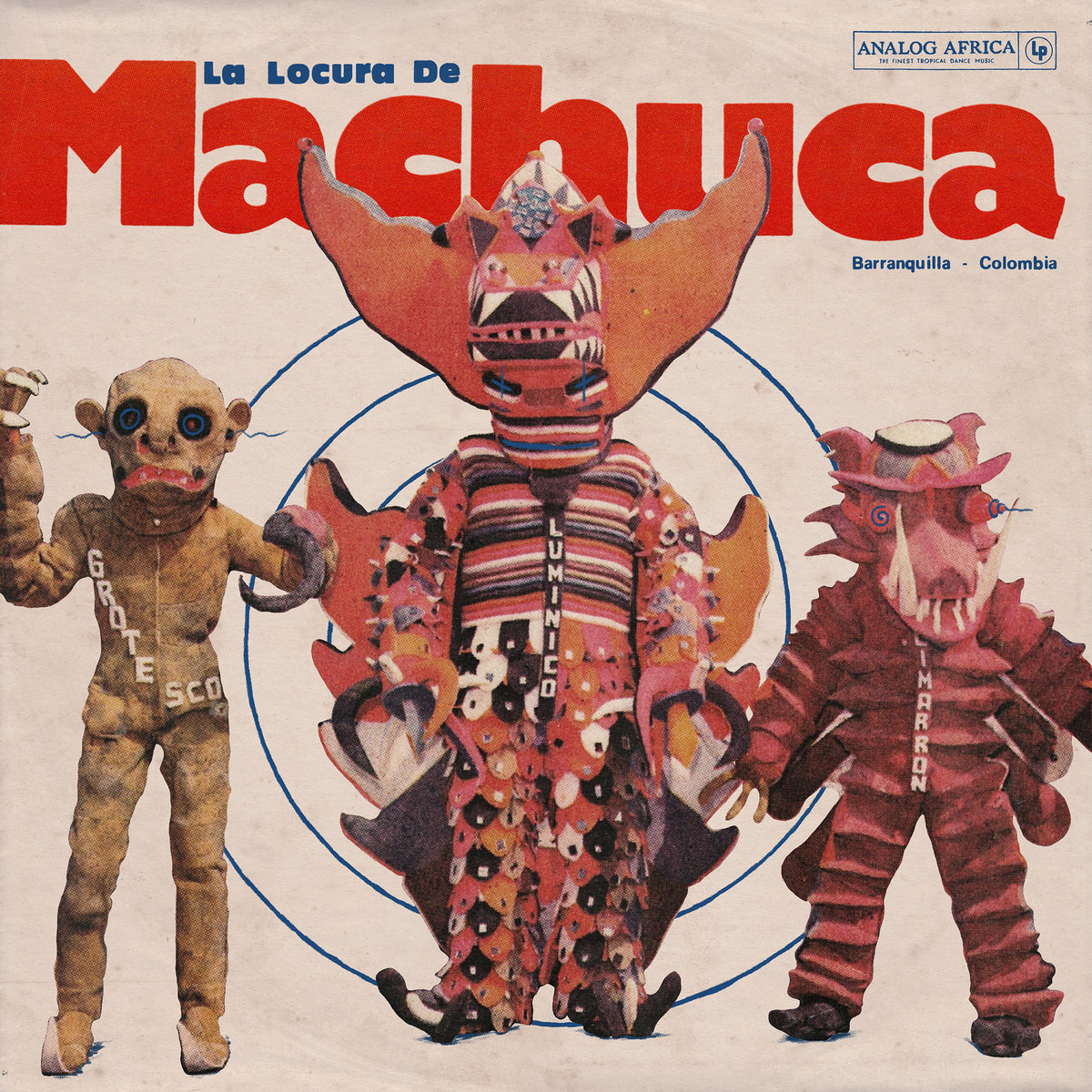 The archival label Analog Africa is a consistent source of great music and great stories: Space Echo came with a tall tale that credited the birth of Cabo Verde’s electronic music scene to a fortuitous shipwreck that deposited then-new technology on the beach. That shipwreck turned out to be a well-crafted myth, but boy it was great marketing. On the other hand, the story behind the Colombian label Discos Machuca is real, and may be somewhat more mundane. But the music it released, compiled on La Locura de Machuca, is an Afro-psychedelic thrill.

Label founder Rafael Machuca came at music from a very different field: he was a successful tax lawyer, and stumbled onto the power of music when he was booking party entertainment for the Colombian version of the IRS. Machuca’s brother-in-law Humberto Castillo was a record dealer, and pointed him in what would be a career-changing direction. The band that Machuca ended up hiring was Los Hermanos Caraballo, a group that had never recorded before. Machuca liked them so much he became a kind of Caraballo-head, following the band on tour and trying to get them a record deal even though he had no experience in the industry. That lack of experience may have led to the label’s split identity: Caraballo was invested in the conventional cumbia records he was used to selling, but Machuca, the taxman who caught a kind of music bug that went beyond commercial potential, encouraged the label’s more experimental side.

That led to something like Samba Negra’s “Long Life Africa,” whose rhythm features the signature clave but is built on distorted electronics and a pulse that, at nearly five minutes, went on for longer than the typical two-to-three minute jukebox hit. That extended time gave soloists more time to explore, like with a spacey sick synth timbre and an incongruous surf-like guitar solo. This is one of two Samba Negra cuts on La Locura de Machuca; the set opens with their “Eberebijara,” which is relatively more conventional, if a tropical funk band were a conventional thing. The deep, gravelly call-and-response vocals are accompanied by percussion handling the clave and funky rhythm guitars adding a less traditional and intensely danceable groove.

The liner notes explain that the name Samba Negra was just something Machuca came up with for the sake of a record; artists like El Grupo Folclórico and Myrian Makenwa may have been the same group, so if the latter sounds suspiciously like Miriam Makeba, there’s a reason. Machuca was fond of the African records that he heard, but they were expensive to get a hold of; he encouraged Colombian artists to record versions of African songs. So Makenwa’s “El Platano” is a terrifically catchy instrumental take on Makeba’s “Pata Pata.” But what Machuca achieved was more than mere imitation; “El Platano” replaces Makeba’s sweet vocal with a series of high-strung, almost neurotic figures on guitar and farfisa-like keyboard.

Much of La Locura de Machuca plays as if a Colombian garage band had got hold of African records and was determined to make their own underground variety, completely transforming it in the process. Again, the ever-present clave rhythm is there, but, just like Machuca liked it, it’s got that extra push—an increase in tempo and a heavier distortion that could turn his label’s product into an unusually danceable psychedelic dream. The Machuca aesthetic drove his label’s album covers as well. No stereotypical bikinis-on-the-beach for him; just look at the strange creatures he devised on this album’s cover, decked in vivid costumes that look like they spilled out of some psychedelic carnival.

Rafael Machuca pivoted from tax lawyer to record label exec, and the funky sounds of African music and the psychedelic era inspired that radical career shift. La Locura de Machuca may not make you quit your job and follow your new favorite dance band around the country, but it will at least make you dance.