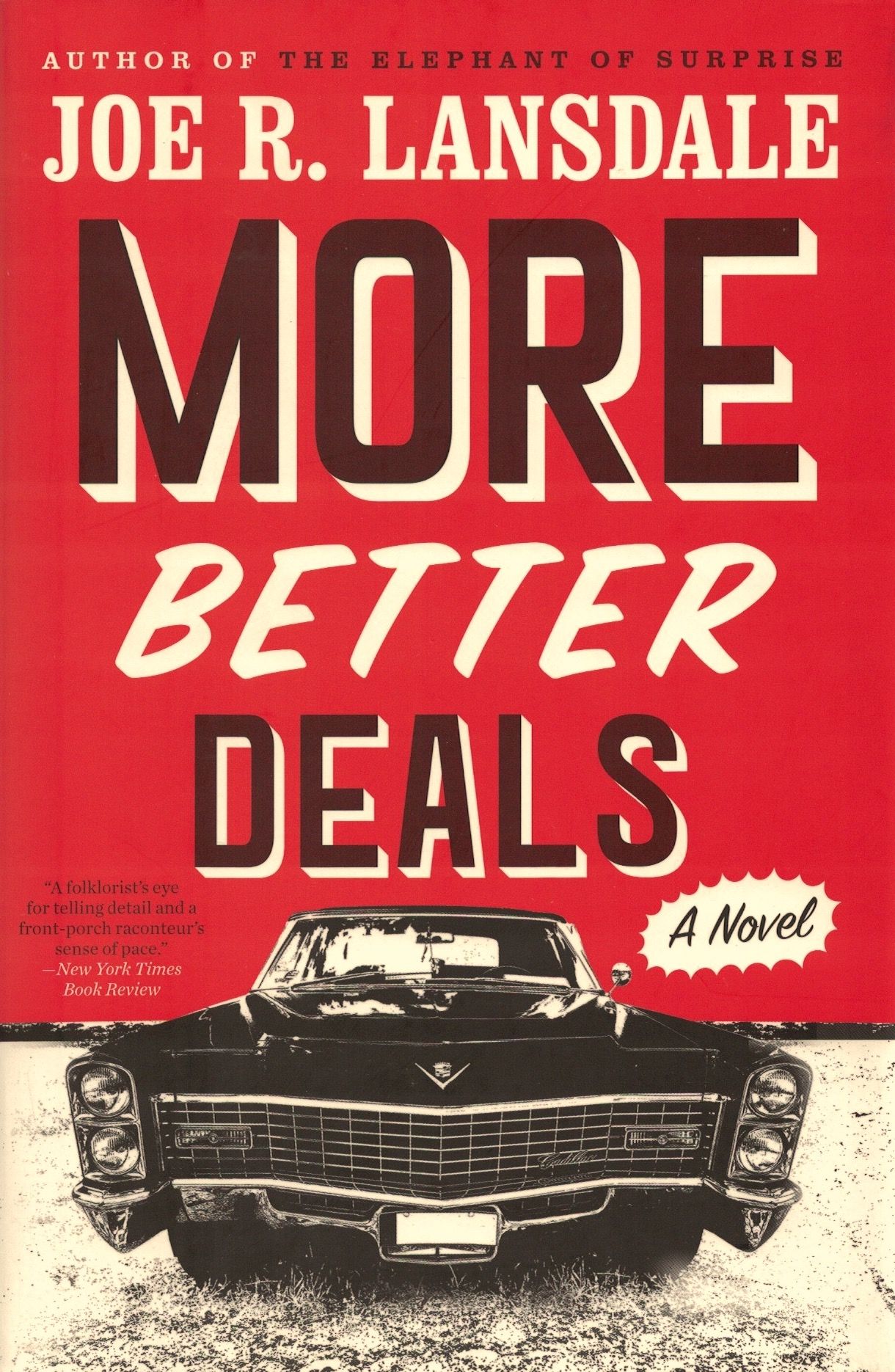 From a purely thematic standpoint, namely one’s attempt at capturing the American Dream in the face of increasingly ludicrous odds, Joe R. Lansdale’s More Better Deals could essentially exist in virtually any era. It’s a completely relatable premise for anyone who’s ever sought to better themselves by working their way up the proverbial social and economic ladders set before the vast majority of us from the moment we first become aware of the things that set us apart from those around us. In the case of the unfortunately named Ed Edwards, there’s the extra hurdle of hiding a secret which, in 1960s Texas, could easily see his chances of ever truly getting ahead vanishing in an instant.

The product of an interracial marriage between a white, increasingly alcoholic mother and an absent black father, Ed’s skin tone is such that he can pass for white. It’s a social “advantage” his mother constantly reminds him of, noting that his brother, who skews to the darker end of the pigment spectrum, has had to leave Texas to find work in the car factories of Detroit. Meanwhile, Ed has managed to maintain a decent living as a used car salesman. It’s the perfect occupational foil for Ed given the myriad lies and half-truths upon which his very existence has been cobbled together, something which eats at him each and every day much in the same manner his conscience tends to get the better of him with regard to the duplicitous tactics of his industry.

When his boss sends him out to repossess one of the more desirable cars – a Cadillac, of course – to have passed through their lot, Ed’s world is turned upside down and Lansdale’s narrative embarks on a potboiler tone replete with neo-noir favoring syntactical brevity. Ed and the wife of the car’s owner, Nancy, soon begin a rapid-fire bit of sexually-charged banter that, as anyone who’s ever read anything even remotely like More Better Deals can immediately surmise, will not lead anywhere good. And, of course, without giving too much of the increasingly tangled plot away, things quickly go from bad to worse for Ed. Indeed, Nancy proves to be quite the femme fatale as Ed finds himself involved in a murder plot, followed by a kidnapping and ransom scheme and finally a massive dead-end that surely cannot end well for any of the players involved.

Lansdale’s prose is deft and to the point, his character’s eschewing pronouns in favor of slang-laden, short and declarative statements that don’t mince words and keep the plot moving at a breathless pace. As the “more better deals” continue presenting themselves to Ed and seem to offer him the chance to claim his piece of the American Dream, he becomes increasingly blind to the potential outcomes, focusing only on the short-term potential to get ahead. Whether it means getting his mother the treatment she needs for her alcoholism or to help his equally light-skinned sister to go to college and have a chance to truly make something of herself, Ed seems willing to take the risk if it offers even the slightest chance of success.

It’s obviously a foolhardy endeavor and one not meant to succeed (has the American Dream as it’s long been presented ever really been a feasible option for anyone?), but the lengths to which Ed goes in hopes of achieving success become increasingly absurd. By novel’s end, the reader is left feeling the need to offer up a white flag in Ed’s stead, affording him a chance to, if not necessarily get ahead, at least get out of the myriad messes he managed to get himself into. More Better Deals may be a bit too exhausting in this regard for those of us who’ve managed to live through 2020, but it nonetheless offers up a fine bit of post-modern neo-noir with enough twists and turns to remain satisfying throughout.