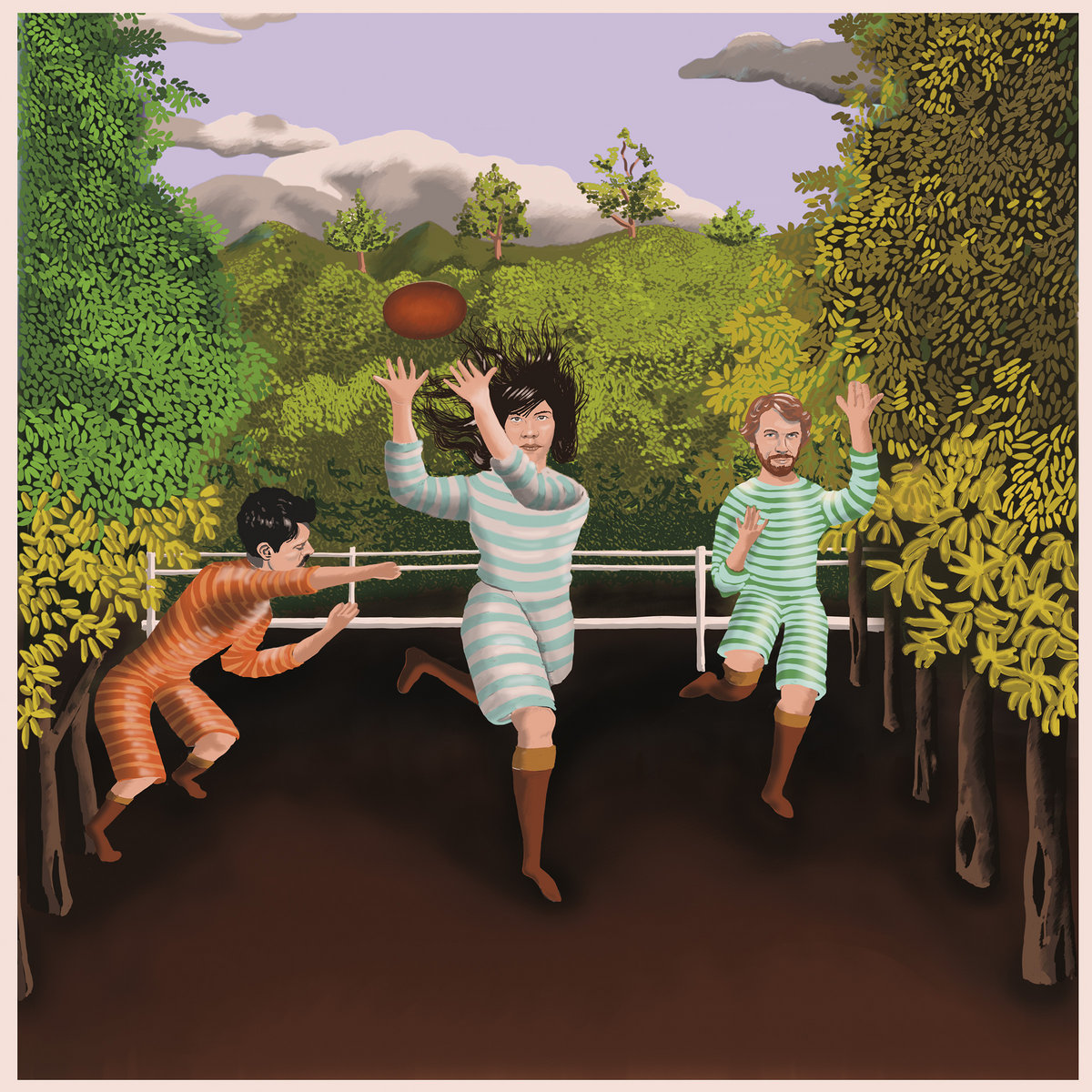 The title has a wryness to it. Much of music this year has either consciously responded to the zeitgeist or intentionally avoided it. Music journalism turned itself in circles trying to explain how every album was either representative of the time or a necessary escape from it. Magik Markers simply title their new album 2020. The noise-rock trio wrote the album, their first since 2013, over several years, and they didn’t seem to write it about masks or protests or the general disastrous state of the world (well, maybe the latter, but that state is pretty much a steady one). The disc brings forth its bursts patiently, allowing structure and even some pop ideas to channel the recurrent explosiveness.

The group might do its best work when impersonating a bomb in a studio, but they’ve learned how to use more than very particular skills acquired over a fairly long career. Finding ways to mix assorted blasts of inspiration with formal attentiveness lets the group craft pieces that can take their time to develop to the point. Opener “Surf’s Up” moves steadily but calmly until the pieces coalesce around Elisa Ambrogio ever madder guitar part. After seven minutes, it turns out that her guitar gets to say everything the piece, from its piano to its empty space, has been driving toward.

That track segues perfectly into “Find You Ride,” where Sonic Youth-like impulses consider “a sound that existed before there were mouths.” The sentiment reflects on something elemental that rose out of the previous song and seems to drive the drunken boat of Magik Markers’ own sound-making. You could develop an aesthetic along those lines for something like the spectral tones of “Hymn for 2020,” but other songs speak to a refined structuralism. “You Can Find Me” could, conceivably, find radio play, hewing closer to bubblegum punk into the sort of metal sludge that more intuitively fits the group elsewhere.

“CDROM” puts everything together as the album’s centerpiece. Pete Nolan’s drumming sounds a summons while John Shaw’s bass fills the chamber. Ambrogio’s guitar winds through the piece, painting on the cave walls why she delivers a running flow of scattered thoughts. They’re scattered, but not ill-formed. “Don’t let them tell you/ Hunger is a virtue,” she sings, rejecting noble suffering and the redemptive power of hurt. The monologue covers too much ground for these sentiments to turn didactic. She tells her story, she looks questioningly at astrology, she reaches for metaphors that suit her interior struggles. The piece becomes hypnotic as it worries at existential limits.

2020 doesn’t simply go dark and expansive. “Born Dead” comes through the band’s folkier side, Ambrogio’s doubled vocals unveiling an epiphany. “I was born dead/ For 15 minutes I didn’t breathe/ I was blue,” she sings. “I was born dead/ Until I met you.” The song’s remarkable delicacy lifts some of the weight of the album without falling out of place. Ambrogio’s lyrics transcend a simple romantic experience, finding bigger meaning and even a sort of hope in offering herself.

That sort of track somehow makes sense alongside noisier, more frustrated numbers. The band closes with the pretty sounds “Quarry (If You Dive),” mixing nostalgia with contemporary connection. Ambrogio will dive in with her friend or partner, and the band backs with a variety of nocturnal sounds. The song uses understanding and growth to provide a knowing but open hand to its listener. Plenty of pieces have to fit together for the gesture to work, but Magik Markers have figured out just how to do that, combining their strengths for the timeless effects of 2020.