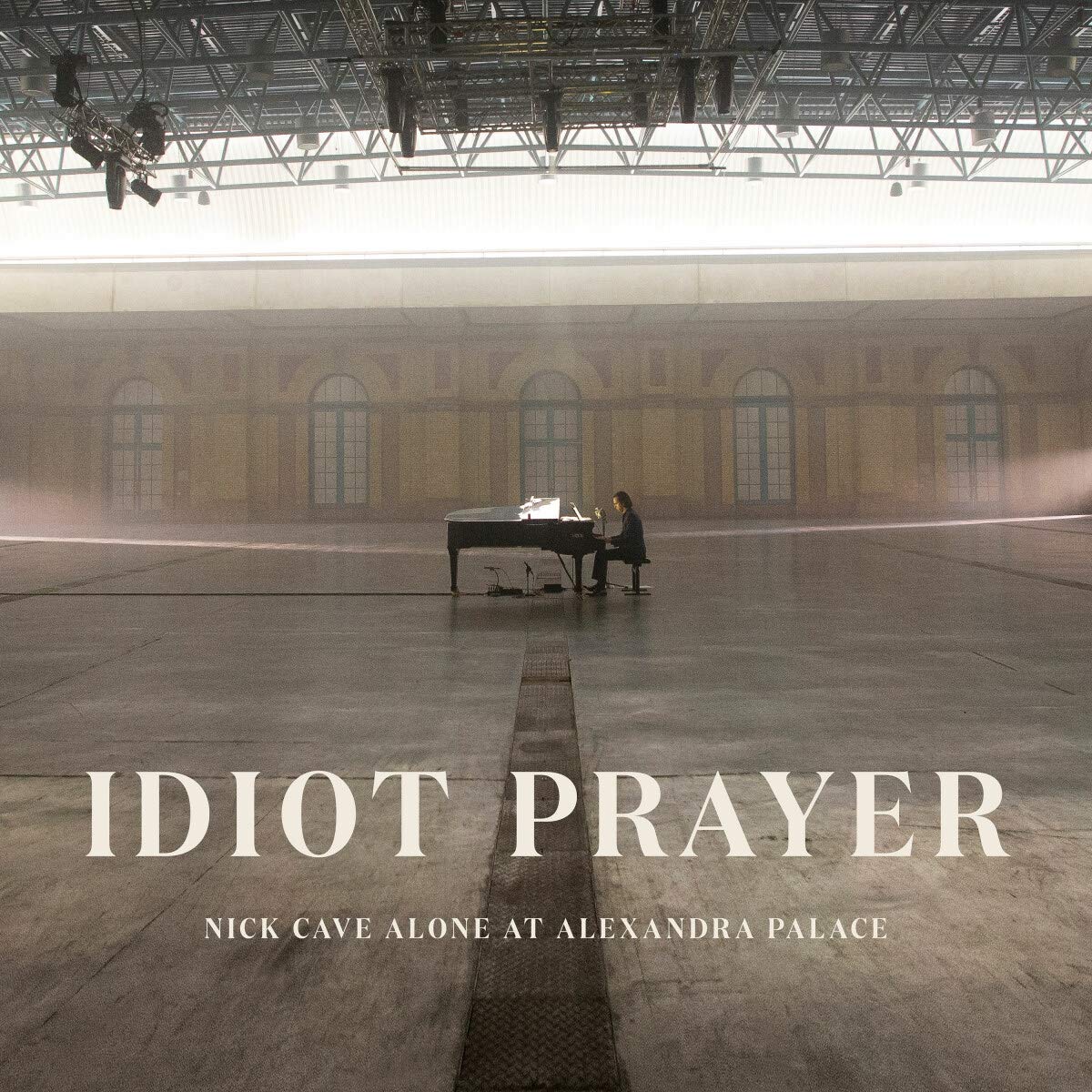 It has been a strange thing to see Nick Cave, erstwhile noisemaker and goth belligerent, enter elder statesman status over the last half-decade. Sadly coincided with the death of his son, Cave’s elevation as one of rock’s last poets of loss and caustic introspection has been a long time coming but still a bit of a headtrip. Starting with Push the Sky Away, Cave has emphasized the quieter side of his band, and last year’s Confessions spoken-word/solo performance tour found him taking up the unlikely position of a self-help figure as much as a rock star as he parlayed his touching fan-mail response blog into a live setting.

Though obviously the result of the Covid-19 pandemic, Idiot Prayer, a solo piano traipse through a long and storied discography, also feels like the logical conclusion of the last few years of Cave’s career, in which the cantankerousness of the Bad Seeds has taken a back seat to their more contemplative sound as the frontman has worked through dark tidings and enveloping grief. Of course, a major change-up from his recent shows is the lack of an audience, stripping the concert of any manner of crowd patter or deeper conversation. As such, there is a raw professionalism to the gig, of Cave sliding casually between songs with no preamble and jumping wildly across a career now in its fifth decade.

Starting with a spare take on Ghosteen opener “Spinning Song,” a spoken-word, literary prologue is backed with some synthesizer tones that run similar to the studio album’s ambient glow, from there it’s mostly acoustic piano as Cave falls into his goth crooner mode. “Idiot Prayer,” from The Boatman’s Call, offers a bracing reminder that Cave was penning agonizing tracks about death and the possibility of seeing loved ones and frenemies in the afterlife well before tragedy struck him so personally. “If you’re in Heaven then you’ll forgive me, dear/ Because that’s what they do up there/ But if you’re in Hell, then what can I say/ You probably deserved it anyway” takes on added venom and added pain in a year defined so much by death. At the opposite end of the spectrum, Grinderman’s lascivious, neo-psych “Palaces of Montezuma” is radically reworked from its buzzing, kaleidoscopic original arrangement into a stark rendering of altered-state vision that now seems a prophetic vision.

The latter re-arrangement speaks to perhaps the greatest strength of the concert. There are plenty of Bad Seeds songs that in their natural states are uncomplicated and emotionally direct, and selections from albums like The Boatman’s Call dominate the setlist. But it is in the rawer, demo-like quality of Cave’s most ferocious tracks that one can see the core of moral reckoning and aching character study that defines all of his work. Another Grinderman cut, “Man in the Moon,” is more appreciable than ever as a tribute to Cave’s father and a broader ode to the ways that children can over-idolize and over-fear their parents, while the apocalyptic furor of Henry’s Dream classic “Papa Won’t Leave You, Henry” is sanded down to make clearer than ever the desperate hope that underpins it.

Cave has become such an eloquent speaker on his worldview that were it not for the startling moral and qualitative consistency of his work his music might have gotten lost in his unlikely reinvention as a poetic Dear Prudence columnist. By removing the contributions of the Bad Seeds, Idiot Prayer jettisons the immense stylistic variety that has shaped Cave’s discography and leaves only the unifying clarity of an empathetic streak that reached back at least as far as “Sad Waters,” off the debut Bad Seeds album. Cave’s signature song, “The Mercy Seat,” is as hellish in acoustic forms as it is the screaming original, and on piano it’s easier than ever to appreciate its impressionistic rendering of the extremes to which people will deny their sins to others and themselves. That song rubs elbows with the concert’s one new offering, “Euthanasia,” matching up his execution travelogue with a more contemplative song about planned death. The song offers up a couplet that perhaps best summarizes the throughline of Cave’s discography, of self-obliteration leading to clarity and acceptance: “And in losing myself I found myself/ Found myself in time.”

In the film of the concert, there are enough lighting changes to signal a professionally mounted show, but it’s hard to shake the early images of Cave, lanky and as ever clad in black, roving around the Alexandra Palace like a reprobate sneaking into a place where he does not belong, the rocker slithering his way past guards into a realm of more elite culture. Yet as the initially dim hall where he plays slowly brightens, one is left with the impression that Cave has successfully established himself as a major cultural figure without sacrificing anything of his core self to make it. The same man who can make a gargantuan concert hall his private rehearsal space is the same gutter poet who made the Birthday Party one of the most caterwauling, eardrum-abusing bursts of rage ever captured on tape. Perhaps it’s a sign of the times, but there is something undeniably beautiful that one of rock’s darkest artists has become one of its most hopeful symbols of endurance, and as such Idiot Prayer remains arguably the highlight of a year’s worth of frantic attempts by artists to make the best of an awful situation.