January 26, 2021
Home Music The Staple Singers: Come Go with Me: The Stax Collection 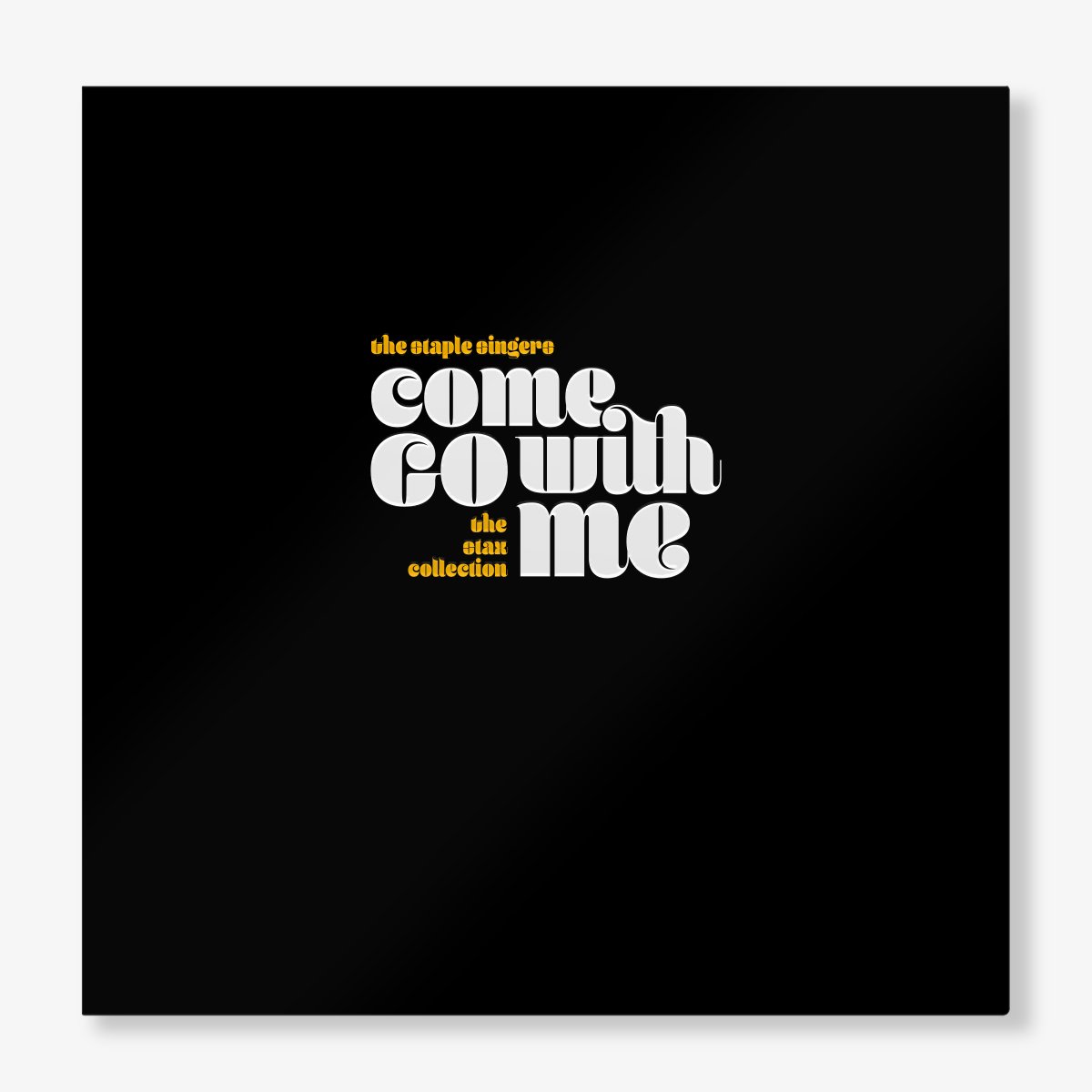 By the time the Staple Singers signed with Stax in 1968, the group had been a going concern for nearly a decade. Having already made an impressive name for themselves on the gospel scene of the late-1950s and early-1960s, patriarch Roebuck “Pops” Staples and his children Cleotha, Pervis and Mavis, sought crossover success by moving to the more soul-oriented Stax label. It should be noted, however, that the move wasn’t a complete curveball as the label had itself dabbled in gospel to varying degrees of success. Regardless, the move was meant to bring the Staple Singers to a wider, more mainstream audience, while also broadening the group’s sound into more soul and R&B-influenced territory. And though it took several albums for this to occur, arguably some of the group’s best and most well-known recordings were made during their tenure at Stax. Come Go with Me: The Stax Collection, previously a vinyl-only release now available on CD and streaming, brings together all of the Staple Singers’ Stax albums, as well as a handful of period recordings and their contributions to the Wattstax soundtrack.

Soul Folk in Action, the group’s 1968 Steve Cropper-produced Stax debut feels very much like the tentative first steps into the world of secular music of an otherwise well-oiled gospel machine. There are still elements of their gospel sound in terms of the call-and-response vocals, rich harmonies and Pops Staples’ inimitable guitar work, but they haven’t entirely settled into what would become their defining, soul-heavy sound on tracks like “Respect Yourself” and “I’ll Take You There.” Opening track “We’ve Got to Get Ourselves Together” is a knockout, but the momentum gained out of the gate is largely lost on the lackluster read of Otis Redding’s “(Sittin’ On) The Dock of the Bay.” Of course, such criticism is entirely relative when it comes to the Staple Singers’ output given the strength of Mavis’ voice and the family’s seamless vocal blend. But these early Stax albums possess a sort of rough charm that only hints at where they were headed over the course of their next several albums.

We’ll Get Over ventures still further into the southern soul territory that would, within the next several years, become their forte. With Cropper again at the helm, the album bears all the hallmarks of the Stax sound of the era (We’ll Get Over having been released in 1970), complete with horns, soaring string arrangements and a stronger social message throughout. “Give a Damn” is perhaps the most explicit of these message songs, though their read of Sly & the Family Stone’s “Everyday People” is equally resonant, made all the more so by the group’s stellar harmonizing. The rather unfortunately-titled The Staple Swingers would continue the push towards a more socially-conscious sound, evident from the opening bars of the truly righteous lead track, “This is a Perfect World.” The Staple Swingers (1971) not only found the group settling into their new secular mode, but also saw the introduction of sister Yvonne who replaced Pervis, the latter having enlisted in the service.

Anyone who’s familiar with the Staple Singers at all, however, will likely owe their familiarity to the group’s 1972 album, Be Altitude: Respect Yourself. Here is where the Staple Singers’ sound came into its own on the aforementioned singles and the wickedly funky opening track “This World.” Having moved on to Muscle Shoals for both this and The Staple Swingers, the group found truly kindred spirits in the Swampers, making for a match made in soul music heaven. Here is where the Staples family truly hit their stride, perfectly meshing their gospel roots with their more secular, commercially-minded aims (Pops’ “Who Do You Think You Are (Jesus Christ Superstar)” being a prime example).

Be What You Are largely followed the successful template established by Be Altitude: Respect Yourself, the group attempting to capture the previous album’s magic. Unfortunately, it comes off as a more lightweight affair, exemplified by “If You’re Ready (Come Go with Me),” a direct rehash of “I’ll Take You There” that lacks the latter’s infectious groove and underlying message. By 1974’s City in the Sky, the Staple Singers were nearing the end of their time with Stax and searching for a center to their sound. While they retained some semblance of the funkier elements of their biggest hits, City in the Sky attempted a broader sonic palette to accompany socially-conscious songs such as “Washington We’re Watching You.” The result is a sort of Curtis Mayfield-lite that, while still engaging, isn’t quite up to the levels of their best work for the label.

Fortunately, the box set’s seventh disc offers an impressive collection of B-sides (“Stay with Us”), non-album singles (“Oh La De Da”) and the group’s contributions to the Wattstax concert film. The latter find the group at the height of their funky powers, particularly on the performances of “Respect Yourself” and “I’ll Take You There.” Come Go with Me offers everything one could hope for in a collection of the Staple Singers’ recorded output from 1968 to 1974, conveniently bringing together all of their Stax albums and a handful of bonus material that makes this an ideal introduction to one of the most vital groups to come out of the late-60s R&B/soul boom.