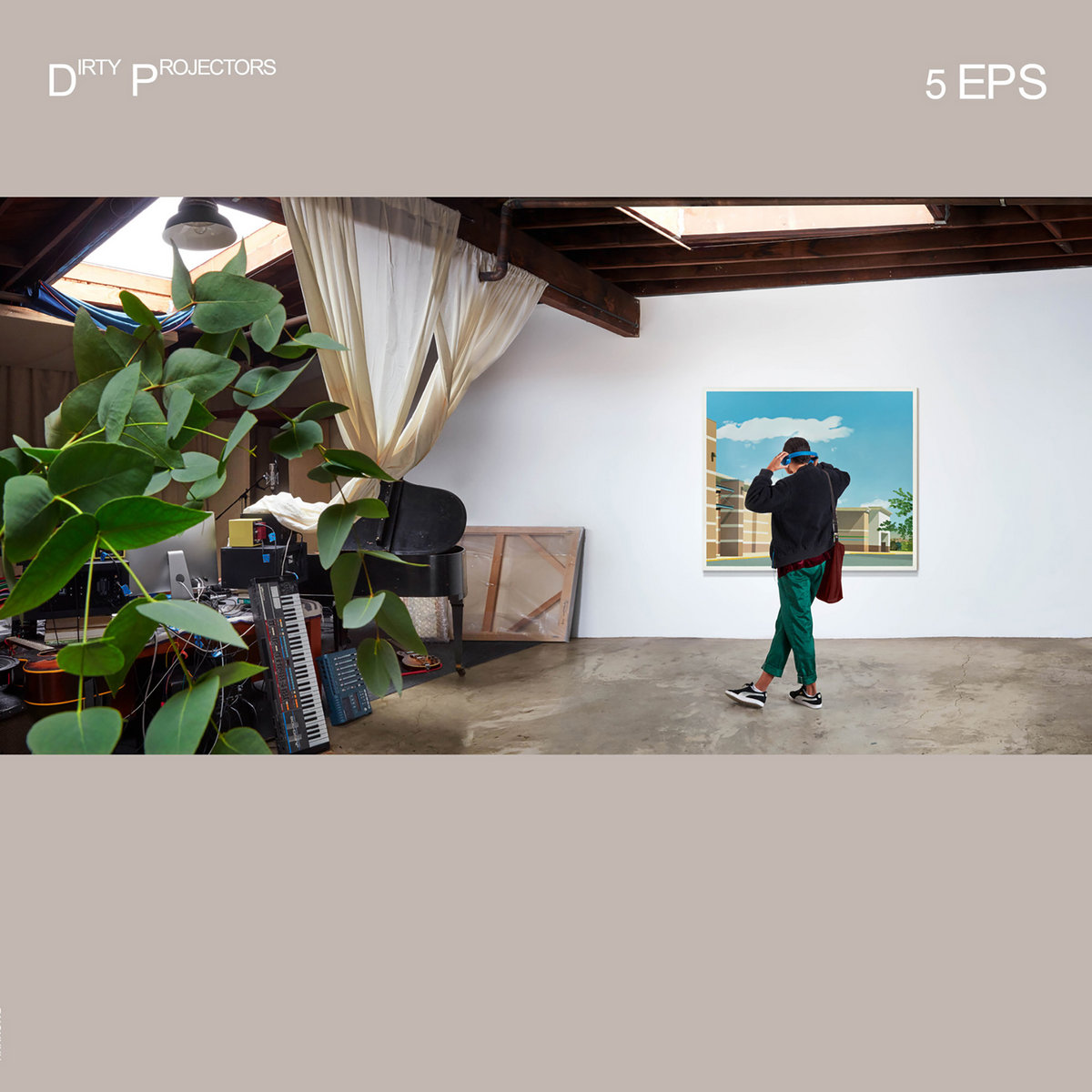 For some time, Dirty Projectors felt lost in the midst of an identity crisis. At its peak, the group thrived on its collaborative spirit, but that took a backseat on both the band’s self-titled album and Lamp Lit Prose, both of which focused on the personal life and internal musings of the previously-inscrutable songwriter David Longstreth. His songs simultaneously got more approachable in their structure and arrangement yet more discomforting in how directly they addressed Longstreth’s insecurities. Lately, though, Longstreth has sought to take the focus away from himself; if one idea is to be gleaned from the group’s now-completed 5EPs project, it’s that Dirty Projectors are a band once again.

The reconstituted Dirty Projectors clearly aims to recapture at least some of what made the group so captivating in the first place. The focus is once again on a group of virtuoso female vocalists, with Longstreth working primarily as a collaborator rather than an orchestrator. In fact, the first three of these EPs center around each of the individual vocalists entirely, each bringing their own set of ideas into their collaborations with Longstreth. The result is three song collections that are very distinct from each other with limited connections to anything previously recorded under the Dirty Projectors name. Of the three, Felicia Douglass’ Flight Tower sounds the most accomplished: she takes Longstreth’s experiments with digital sounds and modern R&B rhythms and crafts them into four songs with much more lasting appeal. Maia Friedman’s Windows Open is just as pleasant, even if its folk experiments feel a little bit slight, but Kristin Slipp’s Earth Crisis falls flat as its fractured orchestrations do little to disguise underwritten songs. It also sounds the most like what Longstreth has already done before, which directs us towards the main issue with 5EPs as a project.

Longstreth finally appears on the third EP of the set, Super João, and his set of bossa nova-inspired songs grinds proceedings to a halt. When placed alongside Friedman’s stately, delicate folk songs or Douglass’ lively R&B experiments, the staid nature of Longstreth’s songs is all the more self-evident. It feels like a retread of some of the earlier Dirty Projectors recordings on The Glad Fact, only the novelty is very much gone. It also further emphasizes how Longstreth’s talents are better suited for a band than on his own, which the final EP Ring Road mercifully makes clear. Casual listeners will likely hear Ring Road as a revisit or, less charitably, a knock-off of the band’s 2009 breakthrough Bitte Orca, but after years of stumbling around the wilderness, hearing Longstreth return to the stop-start song structures and intricate harmonies that made Dirty Projectors such a compelling listen in the first place is comforting and relieving. Sometimes, to find the way forward, one ends up having to go back.

While 5EPs is inevitably a little disjointed, that’s baked into the nature of the project. The whole series works as a kind of reset button for Dirty Projectors as a whole. This is a new band now, distinct from the one who made Rise Above and Bitte Orca, and they’re still in the process of figuring out what that means. Some of these ideas point towards fascinating new directions for them to follow, while others are artistic dead ends that will hopefully be forgotten about. Such is the fickle nature of the creative process.