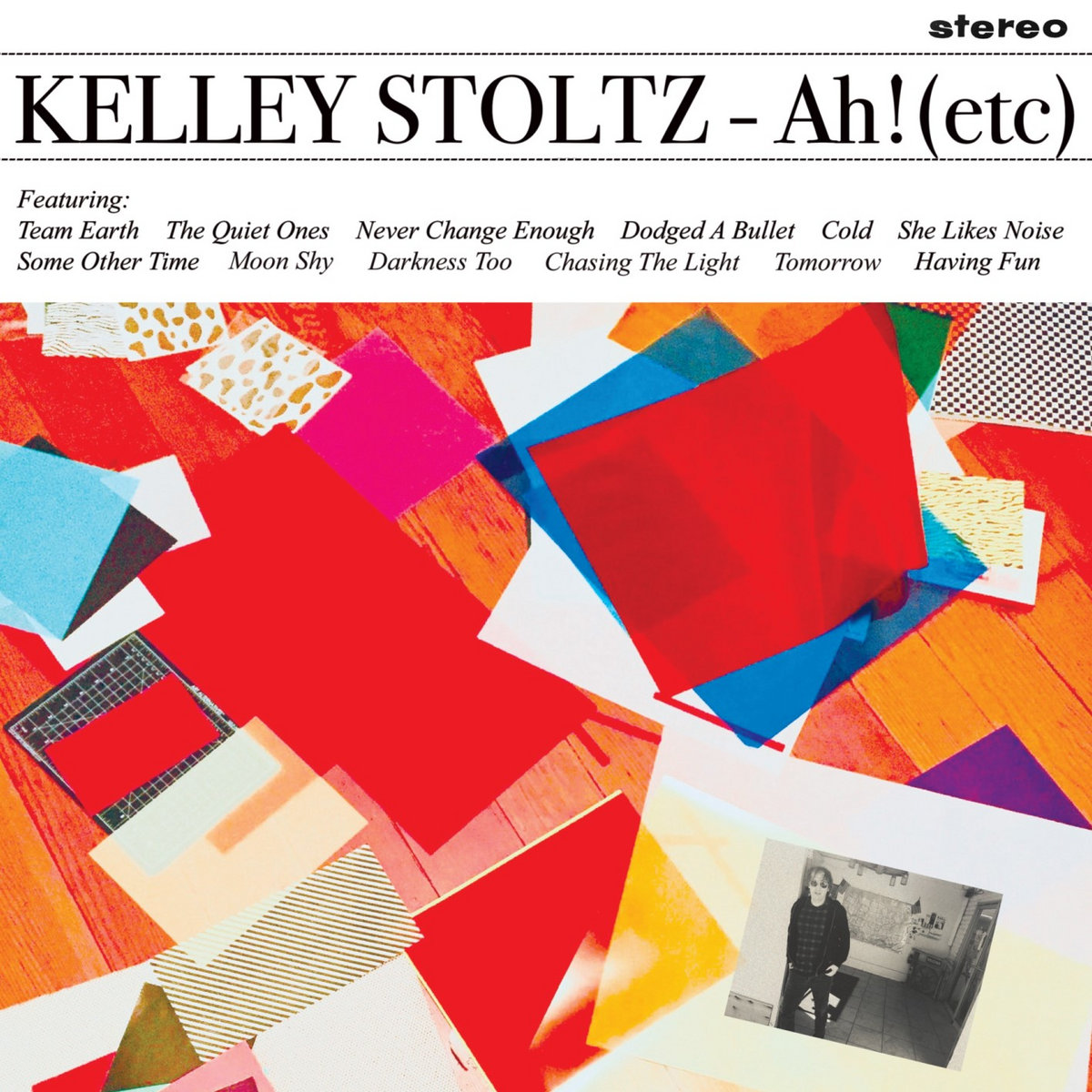 “She likes noise,” Kelley Stoltz sings on the song of the same name, and the “she” in question (ostensibly Dirty Ghosts’ Allyson Baker) might not like Stoltz. His music – aside from some experimentation here and there – could rarely be classified as noise. He writes such pure pop, with everything perfectly organized without sounding overly fussy, that a melody would probably spring from him dropping silverware down a flight of stairs. That particular song, after an ’80s start, turns into his classic ’60s psych-pop, a gorgeous number that celebrates the happiness of listening to bands. “She Like Noise” could be a celebration of Stoltz’s own work, of turning out easy hooks while moving from darker tones to a general brightness – and his new album Ah! (etc) does that work across its entire run, getting Stoltz back to his quintessential sound.

The album marks his third of the year. Hard Feelings played with what he describes as “power-pub” music (think Stiff Records as a base). Crockodials simply covered the similarly-named Echo & the Bunnymen album, a move that makes sense given his long-time fandom and eventual role as a touring guitarist in that act. Part of the pleasure of following Stoltz likes in these sorts of diversions, as with his atypical Castle Face releases or his Willie Weird music. The multi-instrumentalist could find a home in about any genre, but he’s established a particular blend of ’80s new wave and west coast pop that never fails.

“Chasing the Light” starts with a riff that could go in either of those directions, bringing the darker side of the Dunedin Sound into his work. The pulse supports the kinetic restlessness of Stoltz’s lyrics even while providing the cushion for it. “Team Earth” moves in that same sort of college rock world while nodding toward the post-punk elements of Stoltz’s sound even as the harmonies draw more from ’60s pop. The track’s infectious energy adds urgency to the recurring question – “Are you on the team?” – allowing the piece to become a rally rather than an inquisition.

That sort of combination of influences and sustained enthusiasm highlight Stoltz’s strengths as both a songwriter and a performer (nearly everything on the album is his playing). “The Quiet Ones” brings more psychedelia into the album, but what really makes the track work are all the small, well executed flourishes throughout. “Never Change Enough” tempers the sonic exuberance with the melancholia found throughout Stoltz’s work, but the rhyme scheme and scattered flamenco strums keep a bounce in the tune.

It would be possible to listen to the album and follow its various lines from the Beach Boys through the Paisley Underground or new wave through indie-rock. It makes more sense to appreciate the finished blend, a concoction that Stoltz has mastered, but has never become rote in performing. He sounds as charged as ever right now, and the focus on doing his distinctive work has paid off in another memorable album. The disc approaches rave-up status as it closes with “Having Fun,” and there could be no more fitting way for Stoltz to end this year’s run of records.