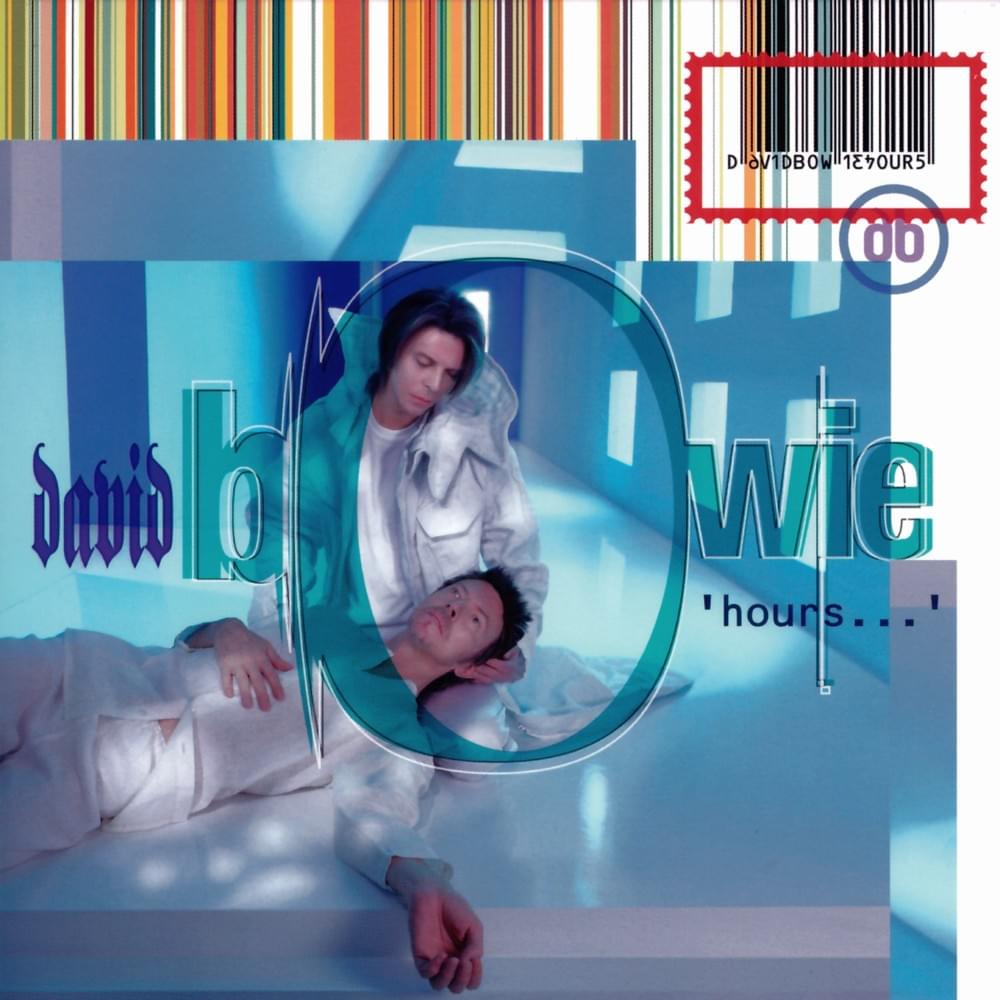 After the ambitious sprawl of 1. Outside and the doubled-down electronica of Earthling, David Bowie must have thrown even his most loyal fans for a loop with 1999’s Hours. Retaining many of the electronic and industrial elements that defined his ‘90s work, the album nonetheless marks a pivot into a more reflective, subdued Bowie, one who regularly flecks the electronic washes with flavors of soft rock and pop. Not since the reviled mid-‘80s commercial era did a Bowie LP sound so hyper-produced, and this is by some distance the closest that the artist ever came to adult contemporary. After he rang in his 50th birthday with a record influenced by hardcore jungle, perhaps it was inevitable that the star would finally turn pensive and reserved.

The first half of the album is defined by songs that gaze back on life’s regrets and rewards and forward to the unknown and the certainty of death. That is subject matter that Bowie would compellingly explore for much of the rest of his career, but here the lyrics are obscured behind the kind of irony that was prevalent in the ‘90s (and which Bowie himself had helped pioneer with his various personae), which robs, say, “Thursday’s Child” of what could have been deeper meaning with lines like “Lucky old sun is in my sky/ Nothing prepared me for your smile.” Backed by a repetitive digital string pattern and a loping electronic beat, the track also sounds trapped between old-school, late-Sinatra class and Bowie’s enduring interest in current pop trends, which makes it both too saccharine and too aloof.

Elsewhere, “Something in the Air” continues this odd electronica schmaltz, and its six-minute runtime feels possibly twice as long as its puttering intro gives way to a guitar riff that Reeves Gabrels clearly plays with guitar hero passion but is so buried in the mix of white noise and strings that the song sounds like you’re hearing it on the radio in one of those spots where two transmission tower signals meet and scramble whatever is playing on each one. “Survive” trades its bracing, metallic acoustic guitar for a lyrical solo that nonetheless feels like a pale imitation of Gabrels’s prior theatrics, and the lyrics too quickly collapse into a refrain of “I’ll survive” that doesn’t feel defiant enough to make it anthemic. “Seven” confronts the specter of death and shies away from it, falling back into lyrics so pat that they make Bowie’s cut-up, impressionistic style seem craven and noncommittal.

Listening to the record’s first half, it’s no wonder that Gabrels butted heads with Bowie over his creative direction for the record. Even when Gabrels is clearly present, his contributions are marginalized in mixes that manage to be incredibly busy and packed while still lacking any sense of energy. Only the distorted, grinding blues twang that Gabrels adds to “If I’m Dreaming My Life” has any personality, and the guitarist, such a crucial collaborator for Bowie’s decade of creative rebirth, would understandably part ways with the artist after this record.

Mercifully, the album’s second half contains a number of strengths that keep this from going down as Bowie’s dullest and least memorable record. If Gabrels was all but invisible on the first few songs, he roars into view with a vengeance on “The Pretty Things Are Going to Hell,” which swaps out Bowie’s listless reminiscences and character sketches to this point for a revved-up tribute to punk and glam that were so formative to him. Gabrels’s riff sounds uncannily like a prime glam stomp fed through the trebly squall of late-‘90s crossover, and Bowie comes alive during chorus yelps of “You’re still breathing but you don’t know why/ Life’s a bit and sometimes you die.” “ New Angels of Promise” opens with a synthesized flute trill that is as much an acknowledgment of influence as the punk number that preceded it; here, Bowie subtly shouts out the legacy of early Berlin School electronic pioneers and especially Edgar Froese, whose Epsilon in Malaysian Pale sported similar electro-classical elements and was one of Bowie’s go-to LPs during the Berlin phase.

The record ends on its highest notes, following the brief, quasi-ambient “Brilliant Adventure” with “The Dreamers.” Grounded by a brassy stomp and skittering synths, Bowie paints a dream vision of “black-eyed ravens” in a “vermillion sky” as the band slowly speeds and abruptly grinds to a halt behind him. With his voice processed through electronic effects, the artist sounds disembodied, as if he were glitching (it’s worth noting that this was the first album by a marquee artist that was released via the Internet). Gabrels’ swaggering riff cuts through an equally strutting snare and in a reversal of the other songs, maintains its prominence in the mix as more things are added. Bowie so often sounds stuck in first gear on Hours, singing with a pained restraint on even the rawest moments, but here he lets loose with the full power of his croon, and at long last captures the maturity and wisdom that the rest of the album only feigns at.

Critics were fairly positive toward the record when it came out, finding it closer to Bowie’s New Romantic style than the more significant diversions of the past two albums. In retrospect, it marks a brief flirtation with an artistic conservatism that would culminate, ironically, in the biggest comeback success of his late career: the headlining slot of Glastonbury 2000, in which he would jettison most of his recent work from the setlist and play reworkings of the hits to adoring throngs. Hours could have been the start of a twilight career as a respected but stagnant elder statesman, but all of the artist’s subsequent studio records would show that neither this album nor the Glastonbury performance were an accurate reflection of a legend resting on his laurels. That all of Bowie’s albums from this point are invigorating and challenging only further marginalizes Hours in his discography, yet even here there are gems that prove his restlessness at an age where most of his contemporaries had creatively surrendered.