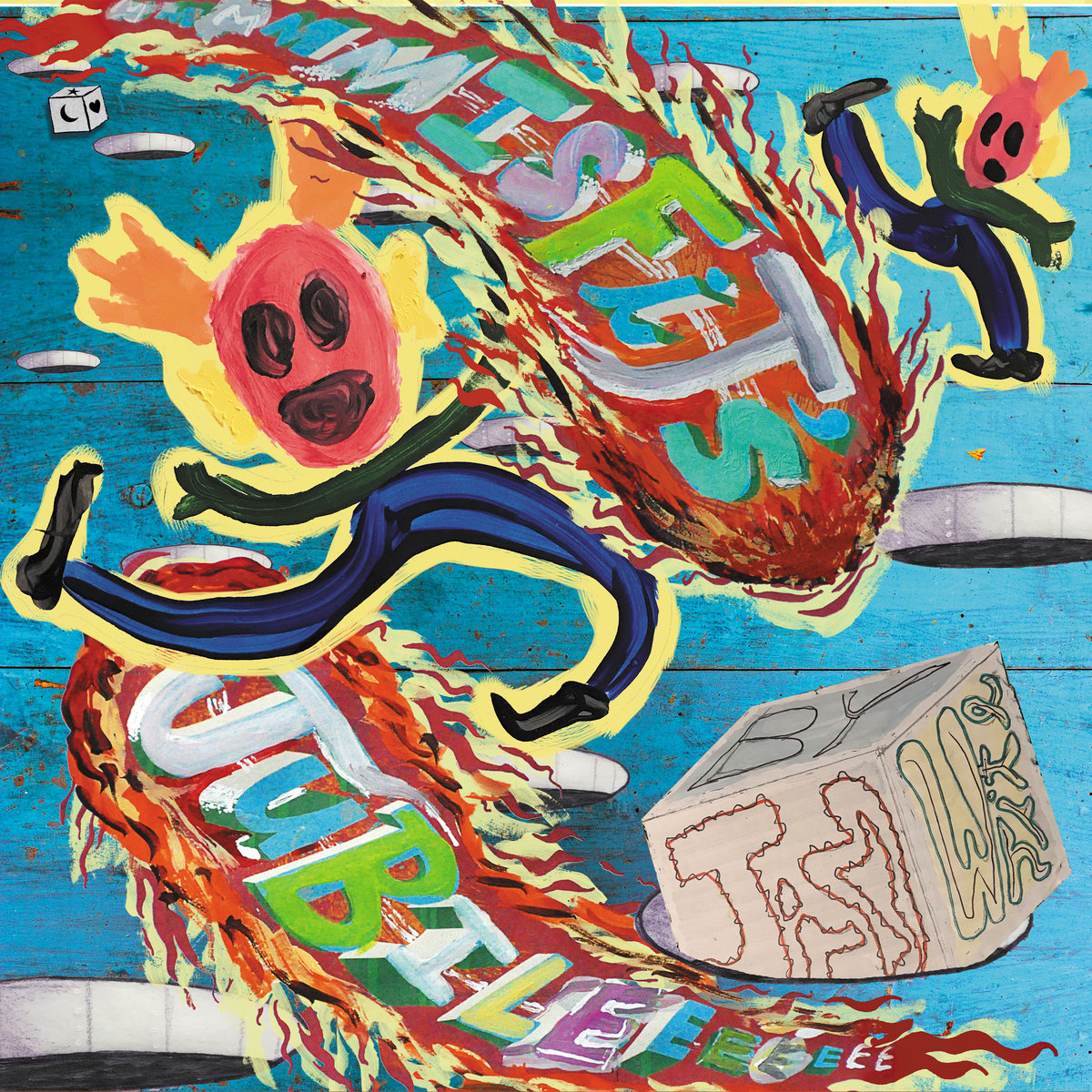 As Jim White’s career has progressed, his weirdo tendencies have come forward, but they’ve been less able to obscure the sharpness of his songwriting. A couple decades ago, you could see him as something between a folklorist and a sociologist, digging into the creepier sides of the American South for tunes that ranged from offbeat to classic folk. His various Wrong-Eyed Jesus releases (two albums and a film) set the context for his work, coming out of a troubled place full of faith and oddity. He seemed to be as dislocated as he was deeply grounded. Since then, he’s continued an ever-broadening look at his culture, but he’s also refined his musicality. What once seemed like strange forays into experimentation have solidified into clear compositional thoughtfulness, whether writing pretty folk music or more challenging bricolage.

Misfit’s Jubilee continues that arc but adds a little extra oomph. “My Life’s a Stolen Picture” starts with a banjo coming in over a newscast to tell tales of pumpkin-based murder and the appearance of Sasquatch. The looping country parts still build as if White were doing his one man show, but he integrates a chorus to add tension. The song meets the sorts of outsiders that White has long turned toward, but he makes some opaque suggestions about the connections between their lives and mass media, tragedy or novelty turning into fleeting fame while reality is upended by its media broadcast. White doesn’t connect the dots for us – he just develops a few ideas, enough to make us stop and think, all while hooking us with his songcraft.

As in that song, many of White’s characters come to us just a little twisted. That bent can lead to documentary work or social analysis, but sometimes it just leads to fun. “Where Would I Be” could be taken as a love song or an existential dilemma, but whatever it means, it’s a hooky treat with a series of deep questions turned to comical means. Considering alternative lives, he muses, “Would I be walking down the street in Paris, France shooting the shit with Anaïs Nin?/ Making fun of all her complicated ideas?/ I wonder where would I be without you?” White pushes at something deep and retreats, an idea he mocks in the following track, “Smart-Ass Reply,” where he offers to sell his soul ostensibly to be smart, but then only to have “a smart-ass reply.” White likes to keep his listeners off balance, and he comfortably does so through odd characters, surprising lyrical moments, or sonic oddities.

The album’s closing track poses a direct challenge. “Divided States of America” feints at electronic percussion before beginning one of White’s classic sorts of riffs. His calm pulse belies the fractured society he describes, the fall out of the war industry, empty religious takes and a system of deceit. More voices enter as the track progresses, both as background chatter and further instrumentation. White sounds at ease in the midst of the country’s division, a presentation that makes his presentation all the more troubling. Were he to emote more, he’d risk turning his song into one more screed. Instead, he unsettles us with what feels like a report. As society collapses, even the misfits can’t truly celebrate, but they can see a little extra from their outsider status. White uses the words of George Washington, Emma Lazarus and Jesus to make a sincere pitch for what we can be. When he undercuts the moment with the return of the drum track and an attempt to order fries, it’s comedy, but it’s also revelation. The misfits, it turns out, aren’t here for forgiveness or celebration, but just to keep doing their strange, essential work.