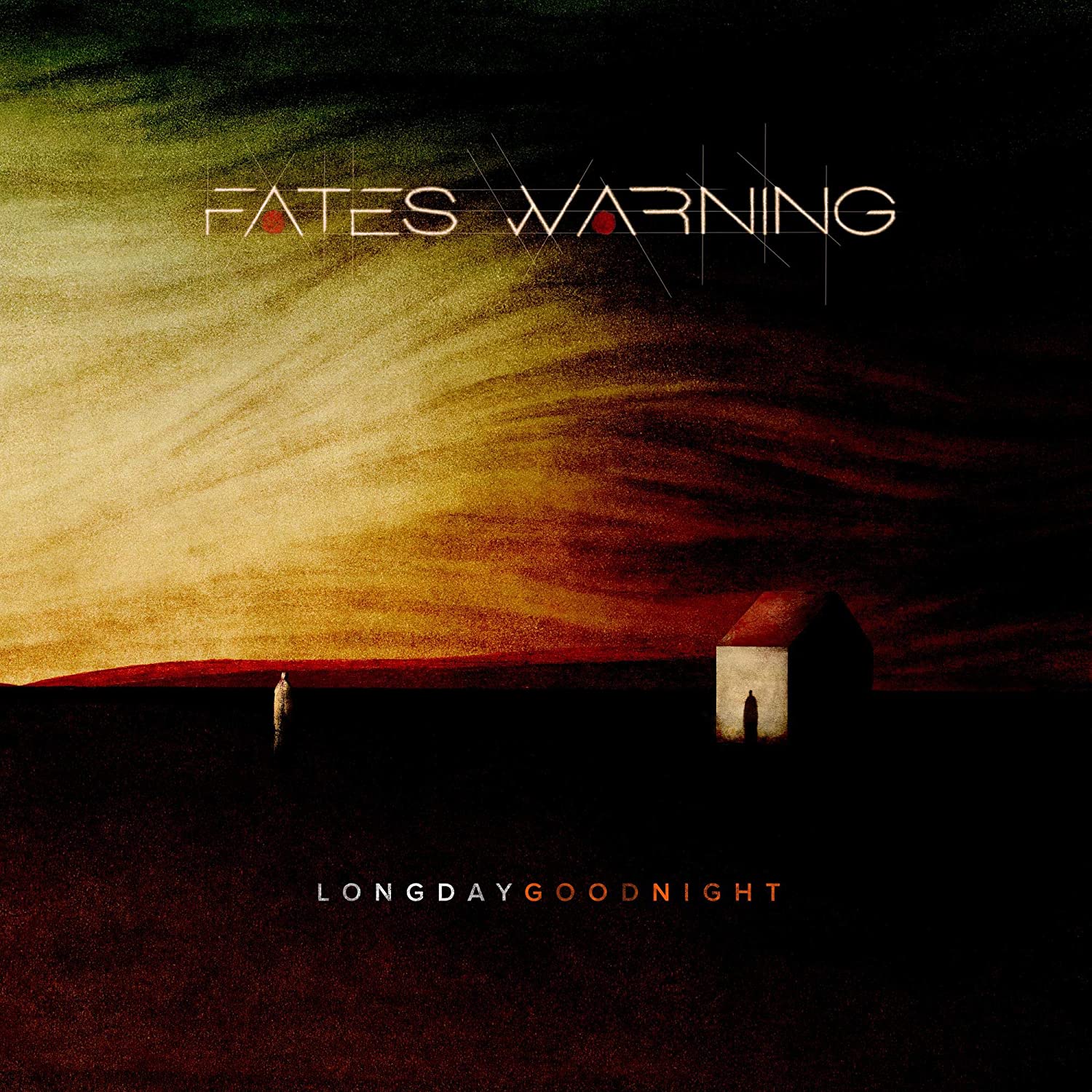 Compared to the other acknowledged pioneers of progressive metal, Fates Warning have long had an agreeable interest in subtlety and appeal over pure chops. Barring their earliest records with original, operatic singer John Arch, the band tends to favor a more down-to-earth style than contemporaries like the bombastic Queensrÿche and the time signature nerds and arpeggio fetishists Dream Theater. Long Day Good Night, the Hartford band’s 13th LP, contains many of the attributes that have made the group the most underrated of the genre’s “Big Three.” Their talents are on display from the start, with the surprisingly-concise eight-minute opener “The Destination Onward.” Opening with a whimper and not a bang, Fates Warning ease in on a slow pattern from drummer Bobby Jarzombek and soft, mid-range vocals from Ray Adler. And when it finally does drop into full metal, it’s less a dazzling showcase than a well-balanced soundscape. Sole remaining founder Jim Matheos lays on a driving riff and regularly floats up for trebley contrasts to Jarzombek and Joey Vera’s elegant interplay of warm bass chords and jazzy cymbal fills. It certainly rocks, but there’s a cohesiveness too often missing in prog’s “look at me” showboating.

The album jumps between equally lengthy, atmospheric numbers, and shorter tracks that pick one mood and stick with it. “Shuttered World” is pure, bruising metal, overdubbing a corkscrewing line from Matheos that contrasts with his lower, more propulsive riff as Adler sings of self-isolation and nostalgia on lines like “Try to hide in some shuttered world again / And find it hard to align loss with win / All this leads to indecision / One more way to sow division.” “Now Comes the Rain” is more contemplative, riding a lighter, mid-tempo groove with ringing bass notes from Vera that align with Matheos’s own, almost chiming riff.

In these shorter songs one gets a more concise view of the band’s strengths. Unlike many of his contemporaries who came out of the epic metal of the ‘80s, Adler was never a tenor wailer, but this has had the unexpected benefit of preserving his more conservative range than others in the genre. Neither a growler nor an opera wannabe, Adler instead sounds more like a hard rock singer, stressing a certain level of grit amid a greater grasp of melodicism, which makes him perfect for Matheos’ down-to-earth lyrical interests in aging and other common anxieties of life. Matheos himself may be the least interesting member here, which isn’t a knock, but rather a testament to his generosity as a composer. Though capable of crunchy riffs, Matheos tends to play higher on the neck to leave more space for Vera to come through clearly. The bassist makes the most of that, stressing warm, knotty clusters and contrasts just as often as he simply grinds in the pocket.

But if there’s any one star here, it’s Jarzombek, an accomplished prog stickman who brings such finesse to this album. Prog metal is full to bursting with drummers who can keep a different time signature with each limb, and Jarzombek can hang with the lot of them. But few, if any, have his gift of suppleness, of making even the most complex fill swing; listen to him dance on the snare on “Begin Again” or put a delicate aftertouch of even the most pounding hits on “Liar.” It’s Jarzombek who is simultaneously the album’s most technically dazzling star and the grounding unit of its sense of simple appeal, and to listen to him is to wish that more prog drummers understood the value of groove as much as theory.

It must be said that at 72 minutes, Long Day Good Night does wear out its welcome, mostly in the middle stretch when the band lines up a few too many sedate or otherwise one-note songs in a row. “Under the Sun” starts intriguingly as shimmering post-rock before settling into a less-engaging acoustic piece, while “Scars” is equally frustrating in its simplistic aggression. The latter feels like the most traditionally “prog metal” track on the album, with its weaving guitars wheedling solos, but that only calls into sharper focus how much better Fates Warning are when going their own way. Worst of all is the lengthy “The Way Home,” which runs for nearly eight minutes of dull, retrograde power balladry in the vein of Queensrÿche’s radio-friendly yet moribund “Silent Lucidity.” A good three decades out of date, this style only proves that so-called “progressive” rock is often the most conservative kind of music.

Happily, the band recover strongly in the endrun, getting back on track with “Liar,” which sounds like a bar band with an inexplicable grasp of odd time signatures and interplay before hitting a three-song finale that makes the record. The cascading loop of “Glass Houses” has all the muscle of “Scars” but with twice the focus, forging a blistering, 7”-length assault. Closer “The Last Song” is brittle and lilting, letting its acoustic chords ring out into ample space under wistful, mournful lyrics like “The days ahead / Just questions in the mist / while we wonder / How we ever ended up like this.” The highlight of the album, and one of the best tracks the band have ever recorded, is the sprawling, emotional “The Longest Shadow of the Day.” At 11-and-a-half minutes, the track could easily have been a technical wankfest, but instead it consistently prioritizes gorgeous, evocative tones. Opening with soaring, delicately phrased guitar and rolling bass chords that sound right out of classic Pink Floyd, the song soon becomes a gentle showcase for Jarzombek’s dizzying groove. And when the band kick into high gear, they appear to have taken some cues from Mastodon in how to craft a modern prog metal epic with charging-yet-jazzy riffs that eventually dump into a neo-psychedelic drift through space. The band traverse a number of styles here but almost maintain a focus on the tonal logic, offering the perfect reminder that within the realms of prog metal, perhaps only Opeth can beat them at their best when it comes to a grasp of atmosphere and emotion.