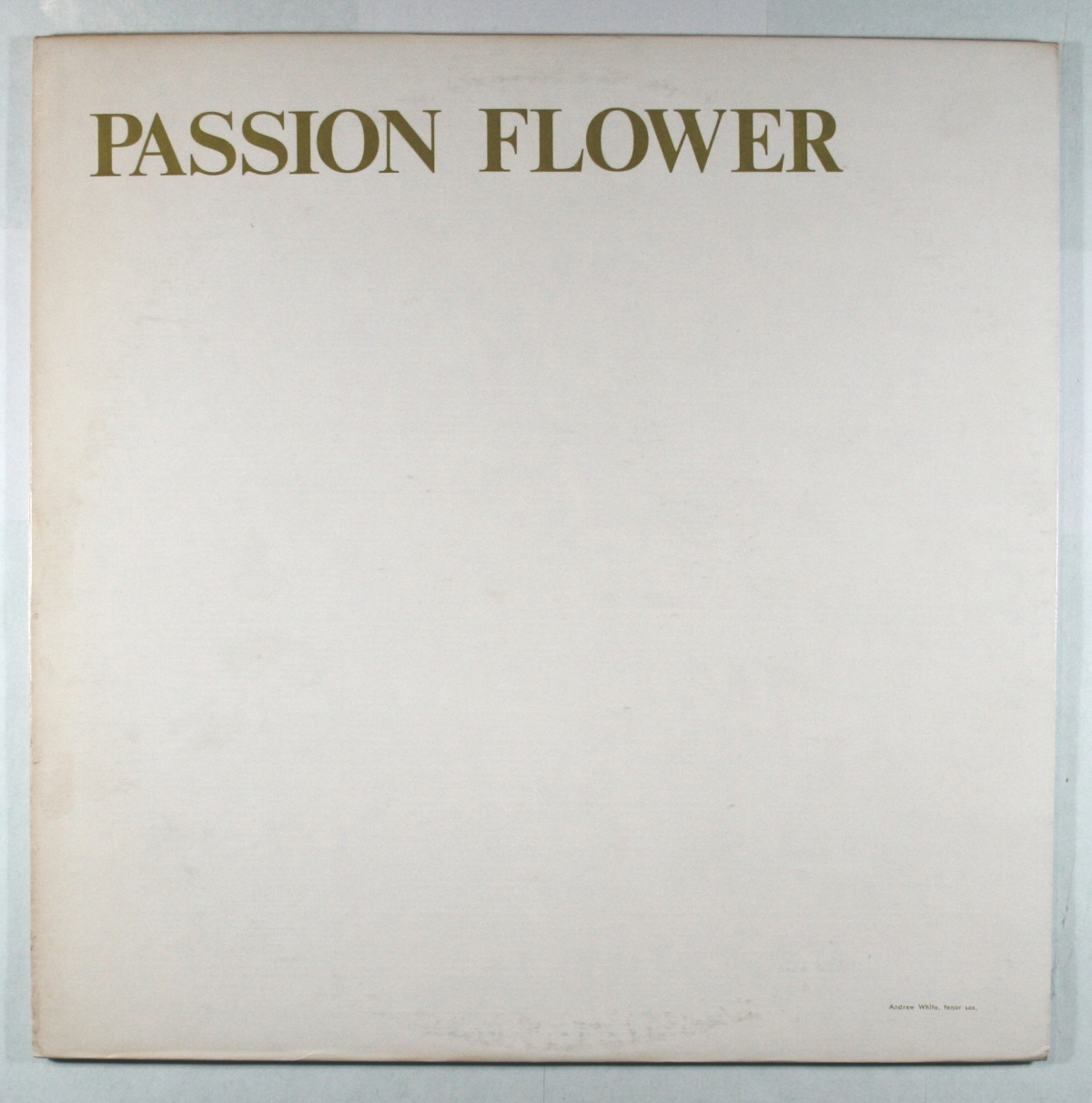 Saxophonist and scholar Andrew White had a varied and colorful career: he played with jazz legends such as Julius Hemphill and McCoy Tyner but also had stints playing bass with Stevie Wonder and the 5th Dimension, and for three years he played oboe with the American Ballet Theatre. His major body of academic work includes transcriptions of more than 800 John Coltrane solos; yet his sense of humor also led him to release a recording of gaseous emissions as “Far Out Flatulence.” White passed away just outside Washington D.C. last month after a long illness, but while he was a local legend in his hometown, his work as a leader is less familiar to those outside the Mid-Atlantic, in part because he was resistant to the internet era, promoting concerts till the end through printed flyers that he’d mail to his fans. One hopes his legacy will be sorted out and made more available online soon, but even then, newcomers may be intimidated when faced with the more than 40 albums White released on his label, Andrew’s Music. A good place to start with this prolific and wildly entertaining artist is the 1974 album Passion Flower, an accessible sample of his gift as a composer and technician that begins with an irresistible hook.

The opening title cut swoons on White’s gorgeous ballad tone, which may come as a surprise given his more iconoclastic bona fides. White’s often wild improvisation emerged around the same time as Eric Dolphy’s; you can hear White’s unmistakable solos on The J.F.K. Quintet’s 91961 album New Jazz Frontiers from Washington, which may be the best example of his playing available on Spotify. “Passion Flower” is as essential a jazz ballad as any that came out of the ‘70s, but its sound is timeless. Accompanied by pianist Kevin Toney (perhaps better known as leader of the Blackbyrds), bassist Steve Novosel and drummer Bernard Sweetney, as well as some judicious reverb in the recording studio, White floats on the most romantic of tenor tones, its tenderness almost an anachronism in that electric decade.

That three-minute track would have made a great single, and it’s the only ballad on the record, as if White programmed something easy to draw in listeners before he opens up. And when he opens up, it’s no less accessible. White follows with several originals based on the blues, and his band is there with him for every soaring post-Coltrane exploration, every element caught in intense concentration. On the 10-minute up-tempo “New Blues,” for instance, as the leader pushes into ever wilder flights of virtuosity, Sweetney in particular follows with increasingly furious fills. “Superfly Blues” comes in at a mellower tempo, and despite the cheeky title this isn’t one of White’s conventionally funkier outings (neither is the excellent 1979 album Fonk Update, for that matter). Over Toney’s melodic vamping, White continues in Coltrane-ish mode, albeit with a timbre a bit more earthbound than purely spiritual.

“Straight Ahead Blues” uses a simple four-note riff as a jumping-off point for an eight-minute jam session that gives each member of the quarter a spotlight, Sweetney varying the deceptively basic beat with an ingenuity and humor that inspires the whole unit. “Shaft Blues” is another straightforward track with a winking title. Sweetney almost immediately subverts the conventional blues structure with brilliant fills, and while Toney’s solo makes a quiet kind of juke joint conversation, White’s solo brings on the Coltrane-goes-honky tonk goods. One can imagine White, whose taste for sharp suits and flamboyant accessories got even more pronounced as he got older, walking the bar during a fevered solo and wowing everybody with both sartorial and saxophone prowess.

The album closes with a somber “Theme” that White would return to again and again throughout his career. Beginning with a long Sweetney solo, It’s a chance to take a breath near the end of a fairly high energy 41-minute set. For now, you’ll have to dig a little to track down Passion Flower, though copies aren’t particularly expensive—yet. If you’re new to White, it may be the beginning of a beautiful musical friendship.