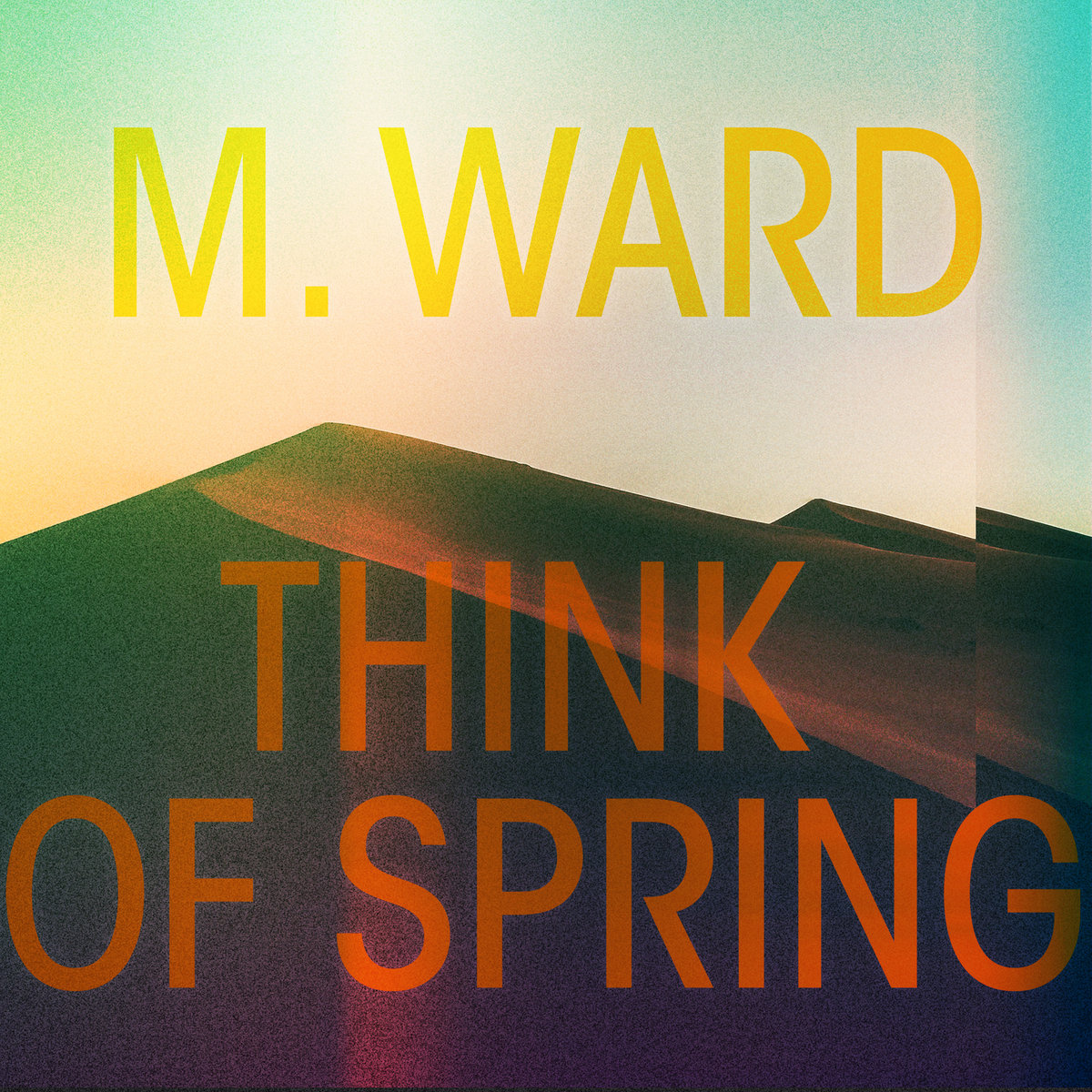 M. Ward could have taken it easy for the rest of the year. His latest, Migration Stories, was his tenth solo album, and stands up as strong as, well, any other M. Ward record – he’s not exactly much of an experimentalist, but he’s remarkably consistent. Instead of taking it easy, though, he decided to go a different route with a Holiday record – no, not a holiday record, as would be seasonally appropriate, but with a near-complete rendition of Lady in Satin, the final record by jazz giant Billie Holiday. Was it happenstance that led to the album’s release during the holiday season, or a cheeky move on Ward’s part? It’s hard to say, but either way, it’s thoroughly charming.

Right off the bat, it’s obvious that Ward has handily tackled one of the biggest challenges in doing a cover, whether it be one song or a whole album: do you play it straight, or tweak the original song’s format? Lady in Satin was recorded with a 30-piece orchestra, while Think of Spring contains just two instruments: Ward’s perma-distant voice and acoustic guitar. While this means that the spirit of Holiday’s songs is ultimately lost, it also does magnificent work to strip back almost everything to present her songs with as little distraction as possible, unvarnished and un-primped.

That fact is, truly, Think of Spring’s most magical asset. Ward has done the schmaltzy thing before with the insipid and saccharine music of Zooey Deschanel vehicle She & Him, which always rang as both incredibly earnest and repellently insincere all at once. This isn’t a vanity project, though, and each gentle rendition is a renewed, gentle wave of good feelings borne of that exceptionally-high purity level. It was recorded on the Tascam Portastudio four-track cassette recorder he’s been using to record song ideas since the ripe old age of 15, so even the ripple of the cassette hum seems designed to feel like the sonic equivalent of a hug.

If there’s anything to really complain about, it’s the fact that these songs aren’t all that engaging. They’re undeniably great – it’s hard to argue with the greatness of Billie Holiday, and Ward is an unquestionably talented musician – but after a couple listens, it’s clear that Think of Spring is more for Ward than it is for us – especially because the album is as much a love letter to the formative relationships we forge with the musicians that have a hand in making us who we are as it is a love letter to Lady Day herself. But, also, these compositions don’t really surpass a whisper and strum, and there’s only so much for your ears to latch onto with songs this threadbare. It’s not boring, but it is certainly not exciting stuff.

Think of Spring feels almost unfair to judge or critique. Holiday is one of Ward’s biggest inspirations, a legacy he himself figures dates back nearly 30 years, and the presentation here – just 11 of the 12 songs of Lady in Satin, resequenced to his liking – rings as one artist paying a debt of gratitude to another in the most natural way they can. In fact, there’s very little here to actually sniffle at – though each song’s arrangement can feel a little bit samey, it’s not exactly like an album in which Ward’s voice drifts across quietly strummed acoustic guitar is out of left field for him. The biggest criticism possible is that it would have almost been fun to see the artist expand it a little bit more, adding in a few delicate layers to the proceedings – some soft drums here, maybe a piano there, or even a second guitar track to fill everything out. Doing so, though, would disturb the magic of what Ward made here.