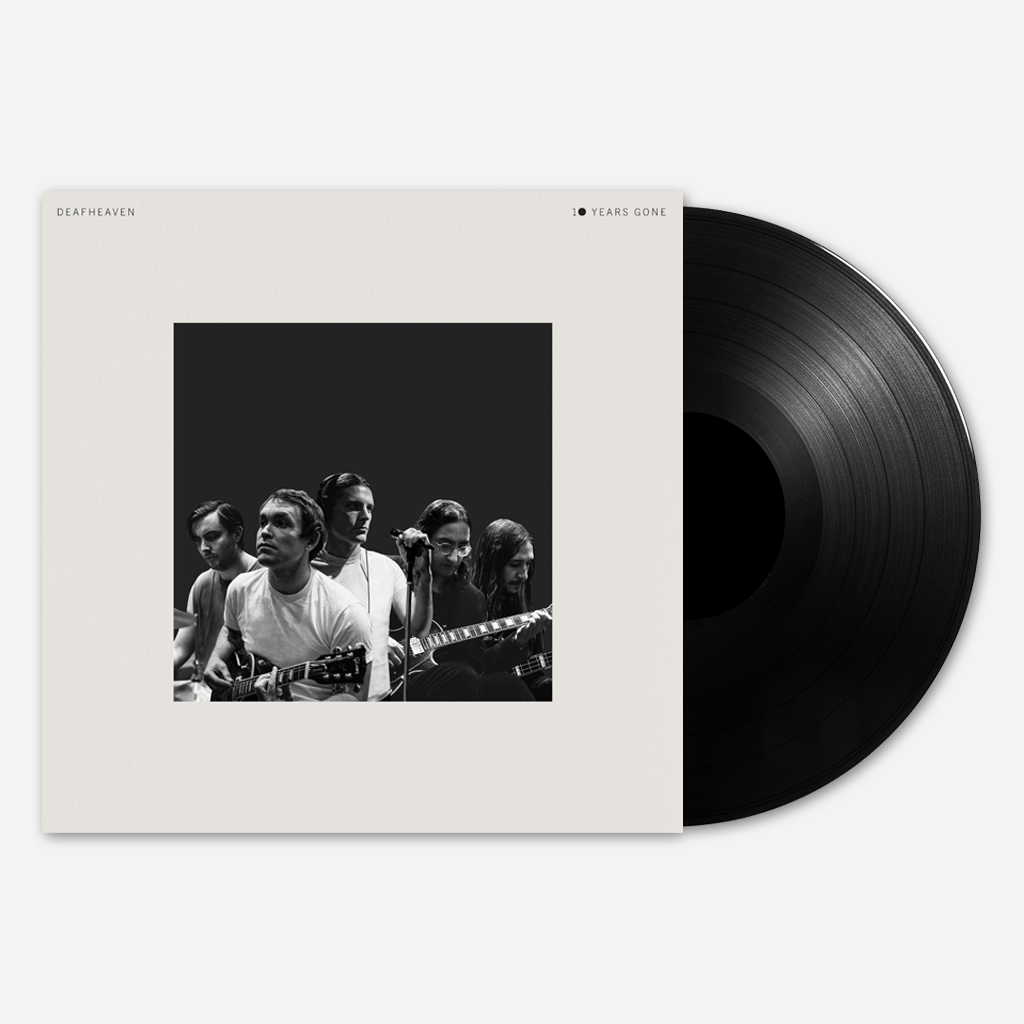 Four years ago after a set at a country bar in a non-country town, Deafheaven founder and guitarist Kerry McCoy engaged in a verbal scuffle with an audience member who was all too keen to see McCoy’s black/post metal/shoegaze group retire from the stage. Sitting up in the rafters and wearing a Bathory cut-off t-shirt, the heckler might’ve threatened McCoy to meet him outside. Even after delivering a phenomenal performance that drew crowds that competed with metal heavyweights, Deafheaven still battled snobs who would never accept them because the San Francisco group operated on feel as opposed to what’s allowed. 10 Years Gone celebrates the decade since the group’s aptly titled demo.

After the demo release, Deafheaven soon got picked up by Deathwish Inc, releasing their impressive debut Roads to Judah in 2011 and their flag-planting, fanbase-dividing, Pitchfork-baiting and, as even Deafheaven admits, perhaps not-so-revolutionary-as-those-not-attuned-to-metal-believe follow-up Sunbather in 2013. Composed of the same setlist they intended to play on their cancelled world tour and recorded live at Atomic Garden Studio, 10 Years Gone summarizes how far Deafheaven have pushed their sound—and proves they aren’t content to stay in the blackgaze box they elevated.

Deafheaven have always opted to shimmer, ingesting their blast beats and tremolo picks with a sheen that suggests the wind echoing on the beach. They were never threatening as much as outward-looking, and that’s magnified on 10 Years Gone. Each moving part in the mix is provided ample space: the frantic drums are crispy and the riffs ravage with the acoustics and echo of a theatre setting. From their rawest roots on “Daedelus” – the first song Deafheaven ever wrote and their purest distillation of shoegaze-cum-black metal – one can already detect a trained eye for melding the disparate. The track runs the gamut of many of the tricks employed on Roads to Judah and Sunbather in half the time of songs from those albums, delivering a punch that satisfies as both an alternative rock highlight and hints that Deafheaven were looking to expand their black metal brand beyond blast beats.

Due to the clarity of production, the highest peaks on the album are the valleys Deafheaven tread outside of metal. Both the haunting stir of “Vertigo” and the mutating shoegaze of “Baby Blue” surpass their studio originals. The additional weight of the bass guitar tethers Deafheaven’s lofty, spacey guitars to earth.

George Clarke’s vocals are the other major improvement here. He conjures a more visceral, less ethereal shrieking performance from years of honing these tracks on the road. His sharpened fangs bite deeper and draw a bit more blood. Clarke sounds volatile after nearly five minutes of mounting tension on “Vertigo,” eventually resembling a vermin as the track culminates. The climax of “Dream House” hits harder because Clarke better enunciates the emphatic closing lines, lines which have guided Deafheaven’s career path of studying brighter, bigger, bolder pictures beyond genre conventions – “I want to dream/ For you.”

As a celebration and a yearbook, 10 Years Gone is a fitting gift. It possesses the spirit of a Deafheaven live show, uplifting while maintaining a sonic ferocity unmatched by many blackgaze contemporaries. Although blackgaze applies less to Deafheaven as years pass, evidenced by the thrash solo on “Baby Blue” and Ordinary Corrupt Human Love’s spoken word, 10 Years Gone reaffirms why the band loom large over the microgenre. Highlighting their strengths won’t convert any non-believers to the group who once repurposed Clarke’s text message flirting attempts into lyrics, but it does assert their vitality during the past decade.