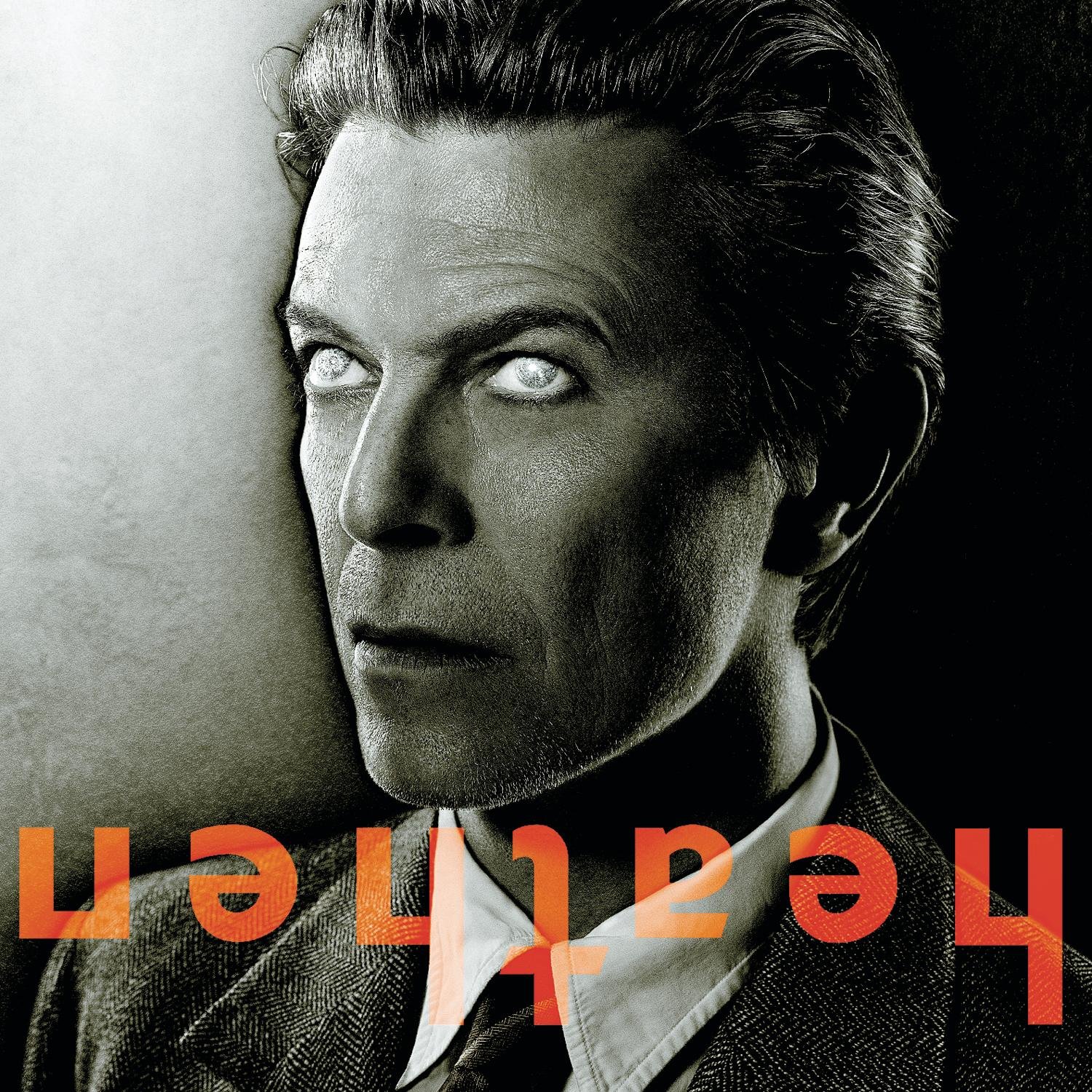 Depending on who you ask, David Bowie’s ‘90s output is either an adventurous return to form after a mostly disastrous ‘80s run or another lost decade that saw the musician careen between overproduced snoozers and behind-the-times electronica. There is even debate about Hours (1999): is it the marginalized bore fest our own Jake Cole argued in last week’s entry in this series or is it a meditative step into a mature, new direction?

On Heathen (2002), Bowie’s penultimate album before going silent for a decade, the musician released his best work since Scary Monsters (And Super Creeps) (1980), an album that plays well from start to finish. Some key personnel shifts perhaps account for Heathen’s greatness. Returning to the fold was Tony Visconti, with whom Bowie co-produced the record. A solid presence throughout Bowie’s career, Visconti was behind the musician’s masterful run beginning with Young Americans and culminating in Scary Monsters. Getting Visconti back on board was perhaps Bowie’s signal that he was done fucking around and ready to get back to business.

Bowie also parted ways with guitarist Reeves Gabrels, a key collaborator since Tin Machine (1989), due to creative differences. Gabrels balked when Bowie wanted to bring in TLC to sing on Hours. He was also fed up with Bowie’s love for slick production, wanting to move things in a more raw direction. When Bowie opted to leave Gabrels’ favorite track, “We Shall Go to Town,” off Hours for being too dark, the guitarist decided enough was enough.While this personnel shake-up seemed to be exactly what Bowie needed, Heathen was not the natural follow-up to Hours. There would be some growing pains first.

In 2001, Bowie recorded the never-released album, Toy. Meant to be a showcase not only for new material, but re-recorded versions of some old songs (such as his 1967 tune “Silly Blue Boy”), Virgin/EMI opted against releasing the record. Devastated, Bowie left the label and joined forces with Columbia Records, where he launched his own label, ISO. Although Bowie later put out some of the material from Toy as B-sides, much of remains unreleased, even though it leaked on the internet in 2011.

Some of the Toy material also saw the light of day on Heathen, including opening track “Uncle Floyd” which would morph into the superior “Slip Away.” “Afraid,” which keeps its name, also appears re-worked on the latter album. The Heathen sessions began with Bowie on guitars and keyboards, Matt Chamberlain on drums and Visconti on bass, banging out more than 40 tracks. Once the songs were ready, Bowie went into the studio with a cavalcade of faces old and new that included Dave Grohl, Tony Levin, Carlos Alomar and Pete Townshend, ready to get down to work.

The album begins with “Sunday,” a song that captures the otherworldly space rock Bowie has mined on and off since “Space Oddity.” “Nothing remains/ We could run when the rain slows/ Look for the cars or signs of life/ Where the heat,” Bowie croons after a glitchy intro that sounds like something from his Berlin Trilogy. It is a lonely intro, something that led critics to tie Heathen down as Bowie’s response to 9/11. Evidence of mankind’s destruction litters the album, a step towards the darkness inherent on Blackstar. Bowie, who lived in New York during the attacks, claimed that all the songs had been written before 9/11 but the feeling present during the aftermath followed him into the studio, calling the record “traumatic” to finish.

That trauma leads to the catharsis of “Slow Burn,” the album’s sparkling centerpiece. Boasting muscular guitar chops from Townshend, Visconti’s buoyant bass line and a mélange of horns that wouldn’t sound out of place on Young Americans, “Slow Burn” takes place in a “terrible town/ Where the price for our eyes/ Shall squeeze them tight like a fist,” a place where the “walls shall have eyes/ And the doors shall have ears.” This prophetic allusion applies not only to the paranoia that would grip the world post-9/11 but the liberties ripped away from us by the Patriot Act and the fear of suicide bombings, pestilence and airplanes falling from the sky. Perhaps the most visionary stanza predicts “Oh, these are the days/ These are the strangest of all/ These are the nights/ These are the darkest to fall.” The fact that Bowie wrote this song before that dark day in late 2001 and foresaw the horrors to come, makes the tune even more chilling.

Not only did the songwriting seem to click on Heathen, but Bowie also seemed to cast off some of the ennui that had plagued him for most of the ‘80s and ‘90s. The album features some of Bowie’s finest vocals ever recorded. His aged tremolo works, especially during the aching “Slip Away” and in “Slow Burn.” When Bowie pushes into the upper registers his voices is missing the contrary melodramatic quaver that made some of his ’80s songs point towards parody. In fact, “Slow Burn” would even net the singer a Grammy nod for Best Rock Male Vocal Performance, if that means anything.

Bowie also works three interesting covers into Heathen. He plays all the instruments except bass on his ornery take on the Pixies’ “Cactus,” the only track to feature Bowie on the drums. He trusses up Neil Young’s “I’ve Been Waiting for You” into a hard rock number while Norman Odam’s “I Took a Trip on a Gemini Spaceship” feels tailor made for the man who gave us Major Tom.

Fans may have felt that Heathen indicated Bowie was back in business. Yet, some serious health troubles awaited the singer and after one more album, he would be gone for another 10 years. For those of us who bought Heathen when it was released in June 2002, the CD came adorned with a sticker that said “Classic David Bowie 2002.” It may have been a ballsy premonition then, but it has since become just that: a classic artifact by an artist finding his purpose again in response to a national tragedy.