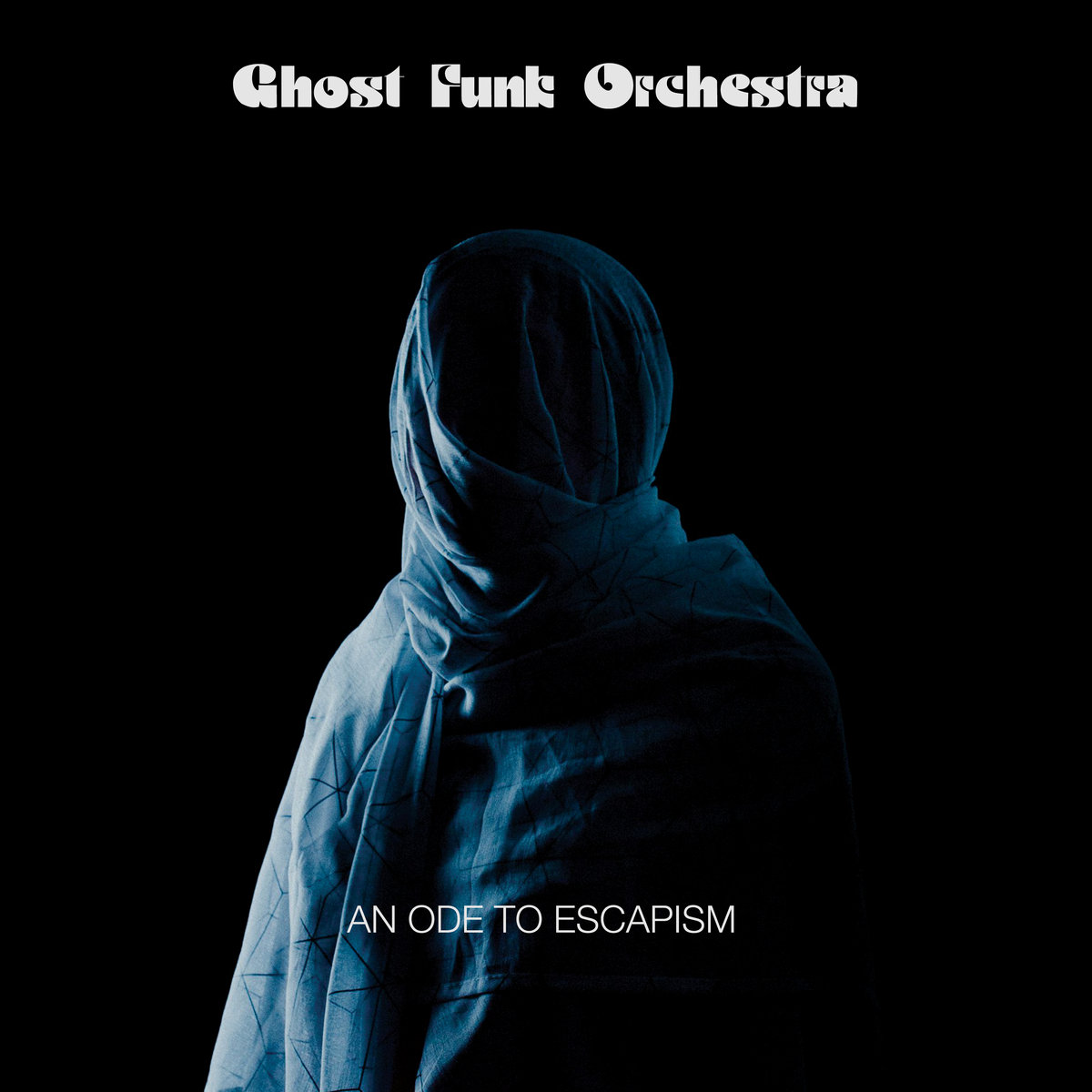 This year has certainly provided a number of new and interesting challenges for artists looking to promote their work without being able to physically present it in front of a live audience. With gathering sizes restricted and states issuing all manner of stay-at-home/shelter-in-place orders, the ability for folks to congregate to enjoy live music (let alone those musicians who would usually be providing said live music) has been significantly curtailed. Where many groups have managed to pivot their usual spate of promotional pushes by offering fans a direct, intimate quarantine concert delivered in a minimalistic style – generally one or two musicians attempting to replicate that which was laid down on the album – the 10-member Ghost Funk Orchestra could not realistically or safely manage to present their latest release, An Ode to Escapism within a live (or live-streamed) context.

This begs the question for larger bands whether or not it was even worth releasing an album this year if they were not able to tour behind it in hopes of garnering a broader fanbase and earning that all important return on investment for their labels and any and all backers. And while it is still the music business, one which requires a fair amount of legwork on the part of performers to present their product to an audience with disposable income, this year has put a major dent in artists and consumers alike. Yet where live performance would, in a normal year, help a band recoup expenses and generally make enough to get by, this year has seen that particular business model completely and potentially irreparably damaged.

Instead, artists have had to rely on the strength of their recorded output alone in order to hopefully recoup some of their expenses. It’s a dicey proposition in an era in which anyone and everyone can put out all manner of music at seemingly any time on myriad platforms. You have to have a great deal of faith in your product on offer, trusting that it will be of a high enough quality to ensure a receptive audience and manage to cut through the massive amounts of white noise presented by the seemingly innumerable songs and albums released in a given year. That may all sound somewhat pessimistic – and, to be sure, it’s incredibly difficult in 2020 not to sound pessimistic regarding just about anything – it’s refreshing to know there are still albums being made that can cut through the bullshit and reach listeners in a way albums were once designed to.

Such is the case with Ghost Funk Orchestra’s An Ode to Escapism, the quintessential headphone listen and ideal introspective companion in this shitshow of a year. Kicking off with what sounds like a lost recording phoned in from somewhere in the mid-‘60s, a spoken-word introduction thanks the listener for joining the band, offers a few introductory remarks and, in a sultry (though fortunately not kitschy) voice, warns that, “for the next 40 minutes, [they’re] going to take a peek into [our] subconscious.” That’s a bold statement in any year, but in this year, when we’ve had time to do nothing but stare into the gaping void that is, was and has been our subconscious, it’s simultaneously downright terrifying and incredibly comforting. “Let’s see if we can get some of those inner demons to climb their way to the surface,” the female voice continues, almost daring us to stare into the abyss to see if the abyss will really and truly stare back.

After advising the listener to turn off the lights, unplug the phone and essentially lose themselves within the context of the music, the album settles into a series of warm analog grooves that touch on psychedelia, funk, soul and sound library recordings that harken back to an age nearly a half century now gone. It’s a warm, wholly immersive listening experience that calls to mind hazy, warm summer afternoons when the world was a much different place. “Little Bird” kicks the record into high gear with its vaguely Latin groove and swirling atmospherics that slowly mutate into a unison line melody, the bass doubling the guitar and horns before ceding control to the vocals. There’s a hypnotic quality that begins to settle in right about this point, one which lasts the remainder of the album, each track flowing into the next with a fluid ease.

“Fuzzy Logic” plays with time and feel, the rhythms bobbing and weaving to delirious effect. Here the vocals swim circles round one another, alternately in unison and diving off into lush, layered harmonies, all while the horns and incessant rhythm section float and flutter before abruptly leaving off in favor of an almost frenetic solo section led by baritone saxophonist Stephen Chen’s growling tone. The voice heard at the beginning periodically checks in with the listener throughout, ensuring we’re all still on the same page and still hanging in there. Any other year this tactic would likely feel kitschy or overwrought. But in 2020, it offers up a comforting sort of reassurance, showing a genuine concern for the listener’s well-being. That the music itself manages to be as consistently engaging feels like an added bonus, like having a best friend worried about your state of mind and, in between periodic check-ins, offering up a killer mixtape to help you get through.

Whether or not An Ode to Escapism’s intimacy would translate into a live setting is, at this juncture, a very moot point. The band hasn’t been able to do much of anything in support of the album – save an animated video created by bandleader Seth Applebaum – but the album itself is more than enough to help listeners through this incredibly trying year. It may not find its way on to year-end best-of lists, but An Ode to Escapism will likely find those who need it the most and will offer up more than enough to help those listeners get through these dark times. Such is the hallmark of a soon-to-be classic.