January 26, 2021
Home Music Guided By Voices: Styles We Paid For 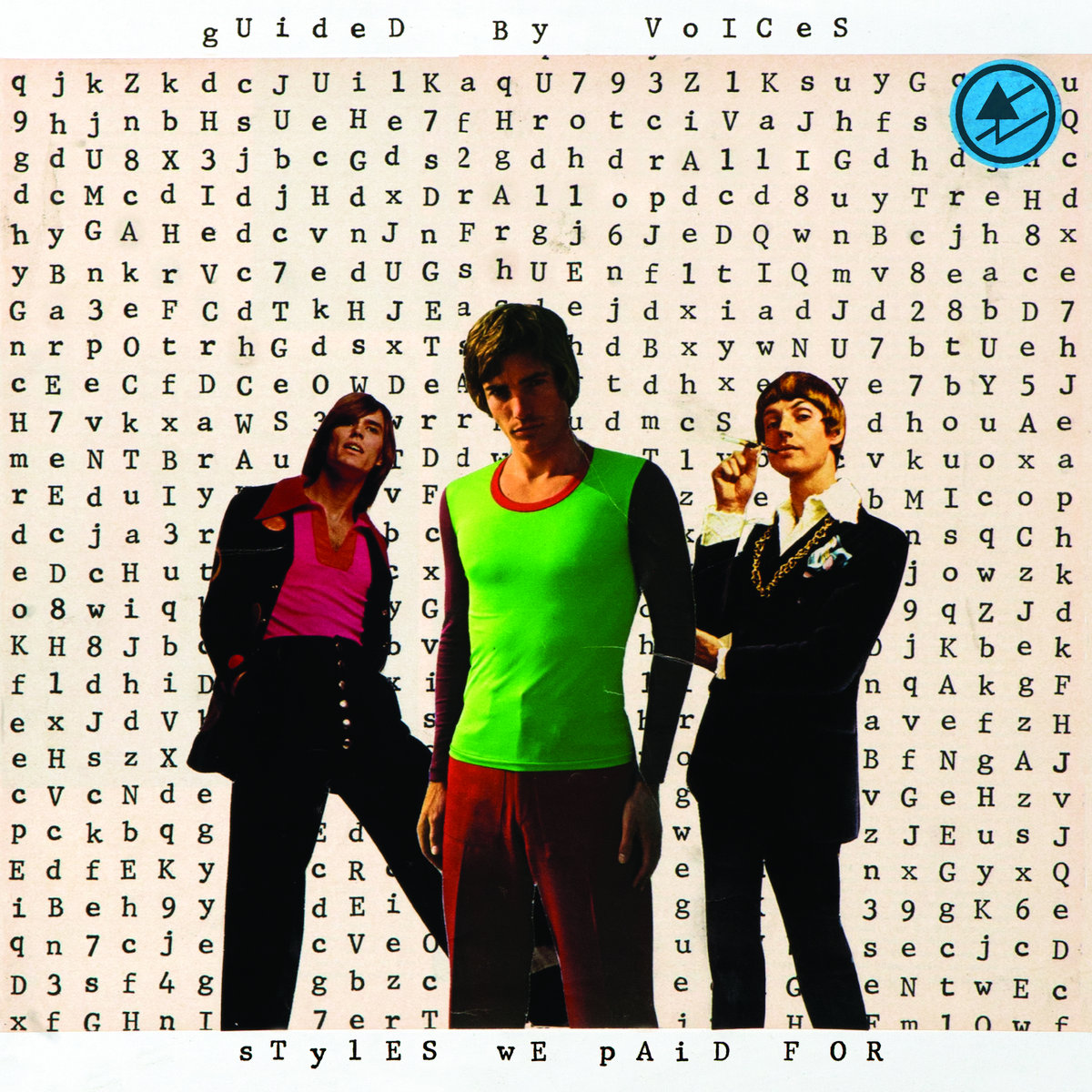 Nothing, it seems, will stop Robert Pollard. Even in the midst of a global pandemic, the insanely prolific songwriter has not reduced his output in the slightest, releasing three albums with the current lineup of Guided By Voices. Even so, Styles We Paid For has the unique distinction of being the 2020 Guided By Voices album that was actually recorded in 2020, meaning that this was made by a socially distant Guided By Voices spread out across the country. However, if one were to think that extenuating circumstances or current events would prevent GBV from making recognizably GBV music, Styles We Paid For is here to put that notion to rest permanently.

Recent Guided By Voices releases have eschewed the smorgasbord approach that one associates with the band at their peak (think Alien Lanes) in favor of focusing on one aspect of Pollard’s songwriting fascinations for the course of an album. The band’s previous albums, Mirrored Aztec and Surrender Your Poppy Field, centered around Pollard’s twin loves of psychedelic hard rock and fractured lo-fi pop, respectively. Thus, it would make sense that Styles We Paid For would find similar focus in some aspect of Pollard’s musical psyche. Yet, that’s not what happens. Surprisingly, Styles We Paid For returns to the aforementioned smorgasbord approach, offering everything from off-kilter prog to gleaming power-pop over the course of its runtime. It is perhaps not as chaotic of an album as GBV are capable of, but it has that spirit throughout it. Call it Alien Lanes as filtered through the lens of Half Smiles of the Decomposed.

Even so, Guided By Voices are kind of past stylistic innovations at this point, and the real strengths of any latter-day GBV album lie in the songwriting. Does that mean that Styles We Paid For has Pollard firing on all cylinders? Honestly, not quite. The patched-together prog songs on the album fare the worst, as they tend to lack any of the band’s raucous energy and feel haphazard in a way that feels lazy rather than the happy accidents that sloppy GBV songs can be at their best. Occasionally, Pollard shifts to power-pop or arena-rock mode, and things very much pick up from there. However, this results in Styles being a deeply disjointed record in the worst way. One moment, you’re listening to the chiming guitars in “Endless Seafood” or “Crash at Lake Placebo” and you think that Pollard is having a new renaissance, only for something like “Mr. Child” or “Electronic Windows to Nowhere” to bring proceedings to a screeching halt with a dearth of melodies and tempo shifts that seem to exist for the sake of it. In revisiting that “anything goes” record-making aesthetic, Pollard has unfortunately created an album most notable for how uneven it is.

Perhaps the lack of cohesion that characterizes Styles We Paid For was inevitable given the nature of how it was created. One doesn’t expect the most coherent collaborations to be done over Zoom and Dropbox recordings, after all. However, it’s close to impossible for Pollard to make an album without any enjoyable songs, and many moments on Styles are as delightful as any others throughout his long, storied career. It features both the best and worst of Guided By Voices as a band, and the end result is something that is… well, it’s pretty good.