April 11, 2021
Home Books Sorry for Your Trouble: by Richard Ford 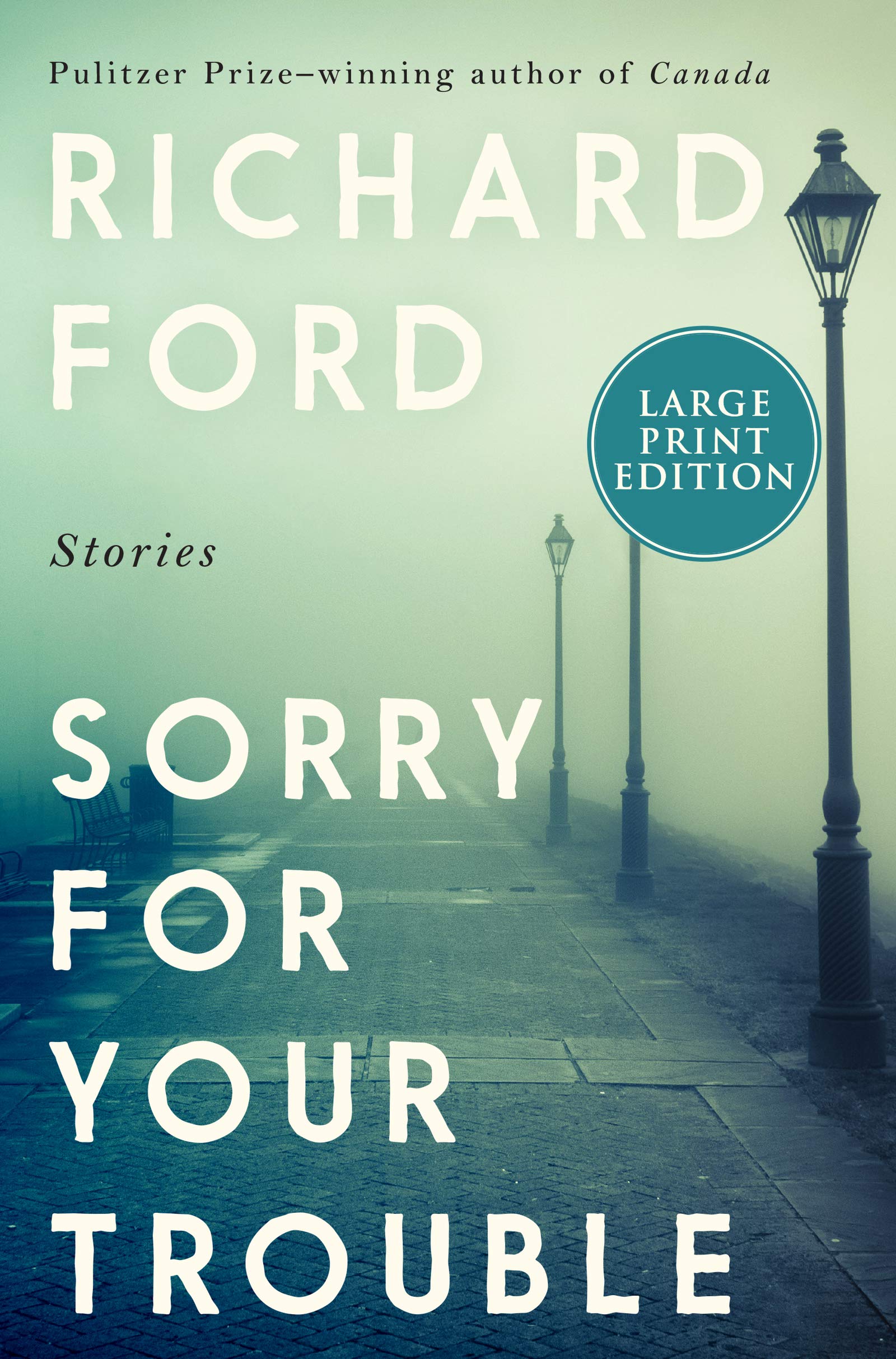 If we were to stop and think about the myriad individuals with whom we’ve come into direct contact throughout the course of our lives, how many will have left any sort of measurable impact? Aside from the small, almost imperceptible moments that may subtly alter the narrative arc of our existence — those moments that give us pause or perhaps force us to reckon with or reconsider our perceptions to varying degrees — the vast majority of people who come through our own personal stories leave little to no trace. In essence, we are all merely travelers experiencing a number of tangentially connected, transient interpersonal relationships. Even our most intimate of relationships, either with close friends, family, a spouse, our children or coworkers, carry an undeniable sense of impermanence that can be startling if dwelt upon long enough.

Such is the narrative through line of Richard Ford’s latest collection of short fiction, Sorry for Your Trouble. In each story, Ford’s main characters find that they only ever truly develop any sort of lasting, meaningful relationship with themselves, not other people. Friends and lovers come and go over the years, some becoming more deeply entrenched than others. But, ultimately, we are really and truly on our own. In “Nothing to Declare,” Sandy McGuinness finds himself in the presence of a woman with whom he had a relationship in college that took them to Iceland, where they abruptly parted ways, his paramour electing to remain in the country and pretentiously declaring her intention to study the Icelandic Sagas. When he meets this woman once more, he immediately feels a sense of both attraction and revulsion, seeing how little she has changed over the years in both his perception of her at the time and the actuality of her person nearly 40 years later.

Here and in nearly every other story in Sorry for Your Trouble, we’re dropped abruptly into the middle of a scene, background information on each character afforded piecemeal throughout the course of the story. In this, Ford manages to craft tightly structured stories that play out much like any real-world encounter with a new person, in that all we know is what is immediately presented in the moment. These first impressions are gently massaged until a fuller picture of each individual is gleaned. In the case of Sandy and Barbara (initially referred to as Ms. Nail by Sandy’s drunken cohorts drooling lasciviously over her presence), we find that, despite the passage of time, Barbara appears to be as self-involved and egocentric as when she left Sandy in Iceland. Aloof and attempting to retain an air of pixieish mischief, Barbara suggests they take a walk, catch up and, eventually, kiss as they stroll along the streets of New Orleans.

Just as abruptly as we meet these two, we’re removed entirely from their lives, the story ending as many in the collection do in the midst of either an exchange or bit of potential action. It’s yet another tactic that helps lend each story the feeling of hyper-realness in the way in which people are brought into and, just as quickly, removed from our lives as the reader. In Sorry for Your Trouble’s longest story, “The Run of Yourself,” we meet widower Peter Boyce, a man whose terminally ill wife decided to end her life while the couple were at a vacation home in Maine. Peter returns to the same area in the years following his wife’s death, however, he elects to stay at a different cottage from the one in which his wife committed suicide.

As we learn more about both Peter and his wife Mae’s suicide, we discover she did so after sending him out on an errand. Peter never goes into detail regarding the suicide, however its abruptness resonates throughout the remainder of the story, showcasing once more the heartbreaking impermanence of even our most intimate of relationships. When he meets a young woman down on her luck at a local bar and offers her a place to stay, it becomes yet another in a long line of gently dangling narrative threads that briefly brushes against his own, the story ending almost mid-conversation as the two make small talk on the beach.

This approach can be somewhat maddening when Ford’s characters become worthy of attachment on the part of the reader. But, as in life, our connections with others are remarkably fleeting within the grand scheme of things. This is most directly illustrated in “Crossing,” in which an American man about to finalize his divorce in Ireland comes into contact with three middle-aged Midwestern women on a ferry to the mainland, each of whom is on their way to a Lionel Richie concert. It’s a short and rather simply story, but, as with each in the collection, Ford drops the reader in the midst of a scene that then plays out like any real-world interaction between strangers might, ending without any real resolution or deeper meaning.

In fact, the only uniting principles throughout Sorry for Your Trouble other than the thematic elements regarding interpersonal relationships are the settings, as each story is either set in or refers to New Orleans, Maine or Ireland in some way. It’s a neat little through line that helps lend the collection a sense of unity by showing just how small the world really is. Like real interactions we have each day, none of these stories or characters manage any sort of permanence within the mind of the reader. Yet their very presence and interpersonal and existential dilemmas mange to be universally relatable, making for a resonant collection of stories about the human condition and what it means to connect with other people.