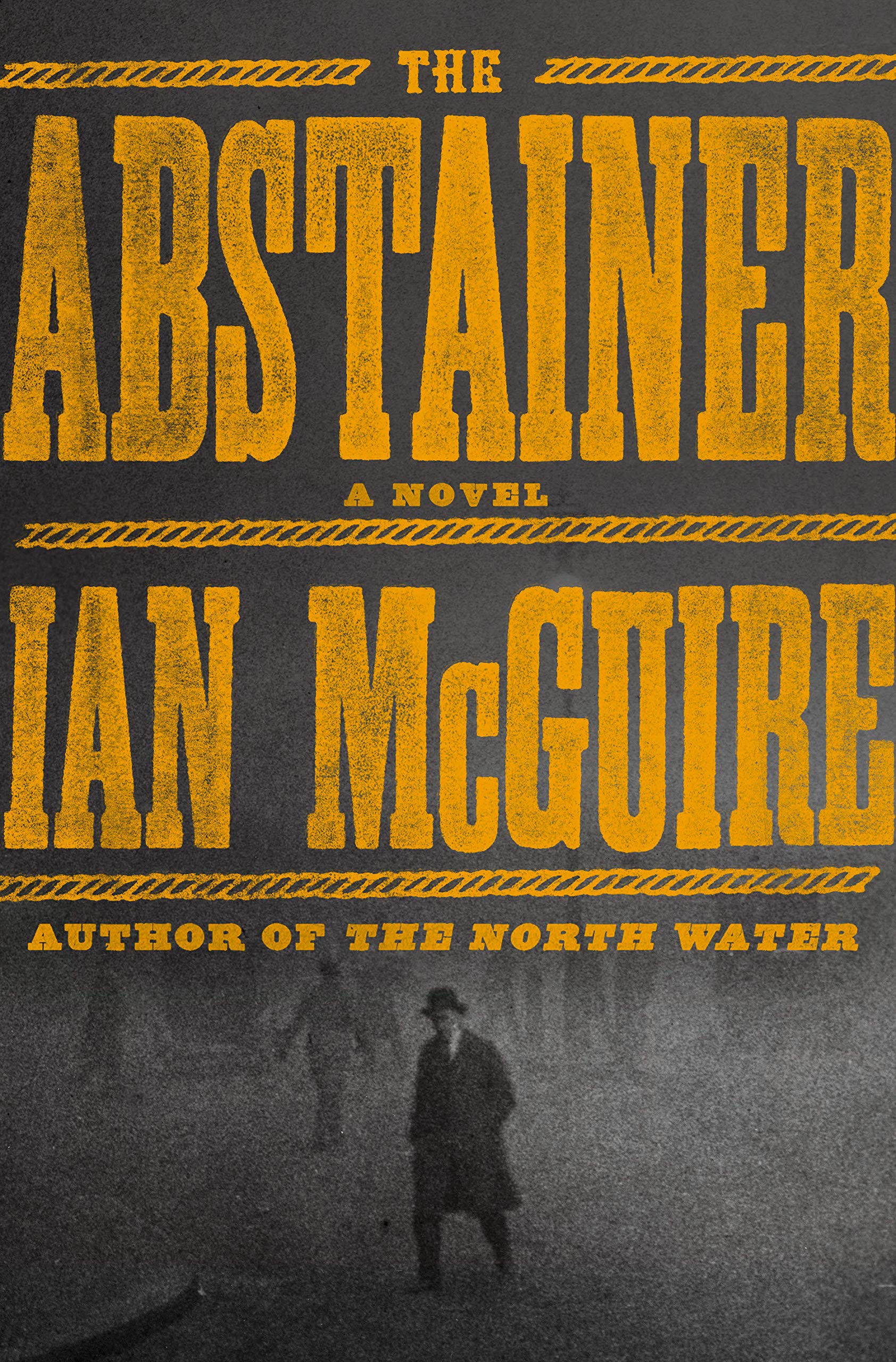 Imagine yourself tossed out of your already divided native land to work to defend the laws set down by the rulers of that land, but now on their own turf. Head Constable James O’Connor seeks to abstain from drink, which led to his downfall in Dublin. In the aftermath of the hanging of three Irish rebels in 1867 Manchester, the transplanted protagonist uses spies and informants to break down any threat of Irish payback. Meanwhile, his English colleagues mock him, and his accent immediately identifies O’Connor as one of the enemy, not one who seeks to rout them.

This complication propels The Abstainer along. Following Ian McGuire’s breakthrough 2016 thriller The North Water, this new story shares the tensions of men pushed to their limits, but this time in a raw, recently built but already decaying urban landscape – what O’Connor late in the tale will prophesy to be the look of the future. The “cruelty” and “bombast” that the Mancunian municipality represents makes for a sober encounter for the reader, and all of its characters.

At the funeral for the trio dubbed by all Irish nationalists (in real life) as “the Manchester Martyrs,” the policeman views “black umbrellas upraised like Roman shields against the afternoon drizzle.” It’s a place that feels perpetually dismal, in McGuire’s dispiriting descriptions. The cause of Irish freedom romanticized in barstool ballads collapses into grim gang wars.

The fear felt by a tout soon doomed to die after O’Connor’s mistakes betray him “feels down in his stomach something hot and fierce that may be terror but may just as easily be love, but he is not sure, he cannot tell.” The run-ons and comma splices, the repetition of “but” speak with the hesitancy of many in this novel, caught in a balancing act between falling into the clutches of Irish retribution or English repression. Neither camp allows for weakness, or even for survival.

Even in the too rare moments of escape, tangles emerge to trap the unwary. Two lovers – if only for a night of passion for purchase – fall asleep with “their four pale limbs warped and wefted together like threads on a loom.” Perhaps this subtly nods to the Greek Fates weaving one’s measured span of life. For O’Connor, no new locale provides shelter. “Time becomes memory, and memory” digs into our anguished psyche and dire prospects “the ditch in which we drown.”

Meanwhile, his Fenian antagonist vows to follow the regimen that led him out of the cholera epidemic that did in his family of birth. He buries weakness, to strangle it. While his foe O’Connor cherishes his “bitterest memories” so as to feed them and watch them grow. The contrast to how two Irishmen, in the era immediately after the Great Hunger that devastated their homeland, face their born entrapment within the endless cycle of retribution.

McGuire, at a pivotal scene that the narrative will revolve around, reveals the horror of being at point-blank range of such relentless scorekeeping. O’Connor, with the muzzle of his wanted man held at his forehead, has a glance at redemption. “All we ever know is this one moment, he thinks, this single now. The darkness releases us, and then the darkness takes us back, and if it’s not pure and abject fear that keeps us living, then what else can it be?” This existentialist immersion permeates The Abstainer. Belief or solace absent, only endurance or luck survives.

And luck seems in short supply for everyone in this story. McGuire at his best, as in the episode above, conveys despair and channels the forlorn. As for plot, this moves along efficiently until the last 50-odd pages. The decision to shift the locale and set the climax and denouement in another setting unsettles. Still, the author invents an evocative chapter about a key character trapped in another labyrinth, not only as metaphor but punishment, and he keeps the tension thick.

But the final scenes and the curious coda feel rushed. The aftermath may hint at a minor figure to be made major in another book to come. Whether McGuire chooses to extend the eerie environment and the miserable miscreants exiled from Ireland remains to be seen. For now, his strength shown in The Abstainer emanates in his knack for staging set-ups and showdowns (except arguably the final one). There’s no relief in his worldview. Some readers may rush this as another in a long series of cat-and-mouse pursuits, one of the most durable genres. Others may hope that McGuire cultivates his depictions of sly character, and that in his future work, this element – rather than just another chase – may draw audiences.