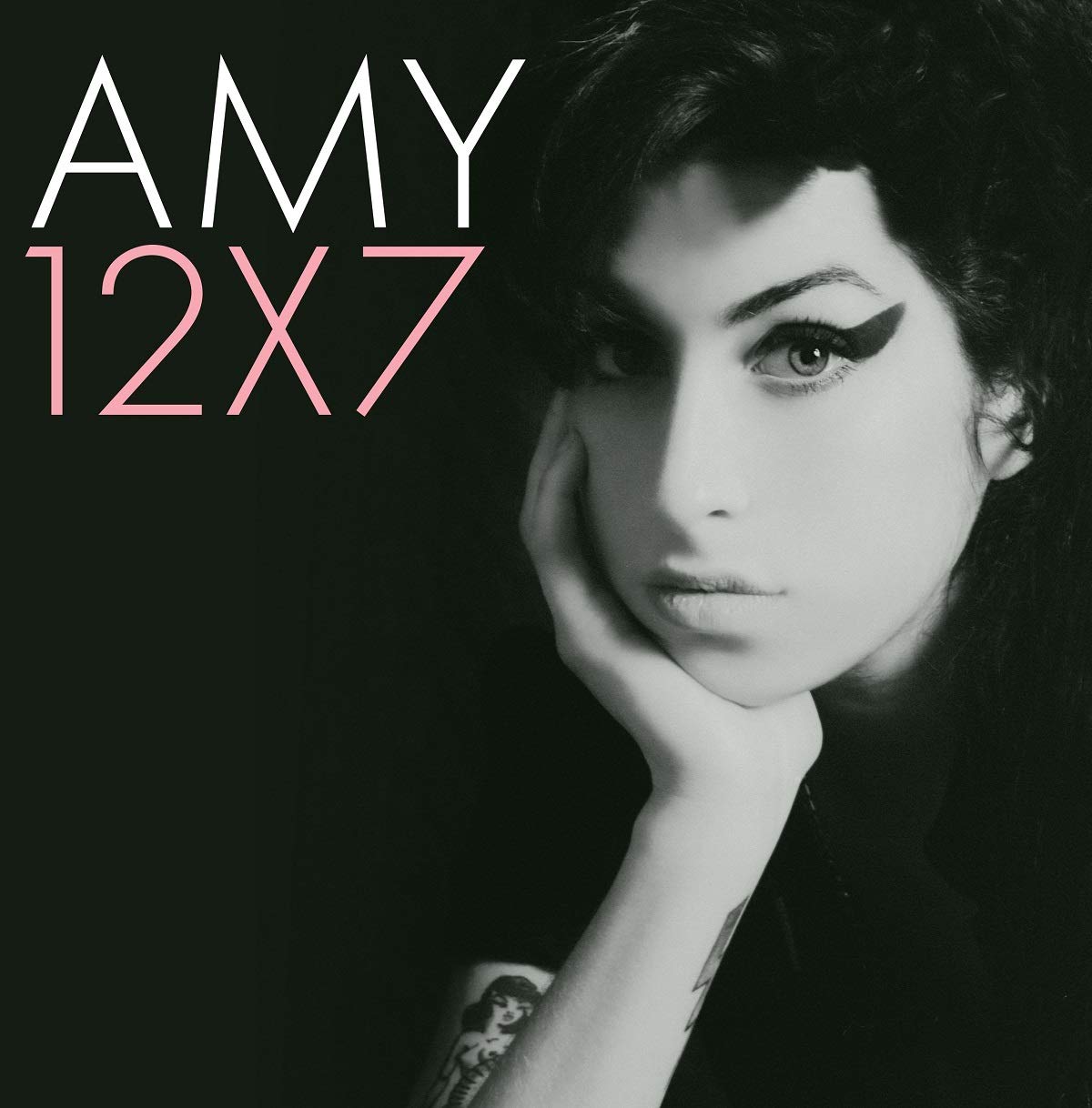 If you’re the kind of person who checks ratings before reading a review, you know that the Amy Winehouse boxed set, 12×7: The Singles Collection merits a staggeringly low 40% rating. “How could that be,” you may ask. That’s a fair question: though she recorded so few songs during her brief career, the late singer’s collective output is essentially bulletproof. That output amounts to just two albums – 2003’s Frank and 2005’s Back to Black – plus the posthumous B-sides collection Lioness: Hidden Treasures, amounting to roughly two-and-a-half hours of music over a few short years. The problem, though, is that because there’s such a limited amount of music she made in her short life, there are only so many ways you can repackage and resell that same music.

And so, we have 12×7, which is exactly what it says on the tin: Amy’s 12 singles, presented in 7” format. That format choice is exactly where the faults become evident: if you’ve ever spent time listening to several 45s at once, the whimsy of the 7” single starts to wear thin after the third or fourth time you’ve gotten up to flip the record. Record enthusiasts with lavish sound systems may lead you to believe that the format will result in slightly improved sound, but any boost in fidelity is lost by the fact that, if you want to take a trip through the 24 sides of 12×7, you may as well remain standing for it.

None of this is to say the music isn’t good. Of course it is – not a single song presented here is inessential to Winehouse’s career, even the B-sides and cuts that don’t get talked about with the same ferocity as “Rehab” or “Back to Black.” It’s a joy to get to hear how killer songs like “Fuck Me Pumps” and the Thelonious Monk-inspired “‘Round Midnight” are. Arguably, the most redeeming quality of 12×7 is the presence of each single’s respective B-sides – most of which also exist in the deluxe edition of Frank and on Back to Black: B-Sides, and thus are readily available elsewhere. Truly, the only appeal is that you can collect physical version of a few songs that don’t exist on vinyl elsewhere – but, honestly, you can probably give it a year and you’ll be able to buy The Complete Amy Winehouse with a special 2LP set that contains all of those tracks. This is surely not the end of the unnecessary rehashes of the singer’s catalog.

Even if we look past the fact that the format of this collection is impractical and its content stale, the overall cost is the ugliest part. Right now, you can buy the entirety of Winehouse’s output (excluding the soundtrack for the documentary Amy, not technically represented here) for less than $60 straight from her own website. If you feel like being a completist, you can toss an extra $15 into that and purchase her B-sides to round out the collection. Compare that to 12×7, which can be picked up for a whopping $141.99 from the same location – a price difference massive enough that you can throw in a couple $30 tee-shirts for your buck. All of this combined makes the collection feel like a cynical cash-grab meant to keep the Winehouse estate’s cash flowing now that the Amy Winehouse Funko Pop figurines aren’t in production anymore, and is only meant for people who buy their vinyl records at Barnes & Noble or Target, who want it because they’re looking to have the spine of the set on a shelf. If that doesn’t apply for you, you’d do well to steer clear of this set.