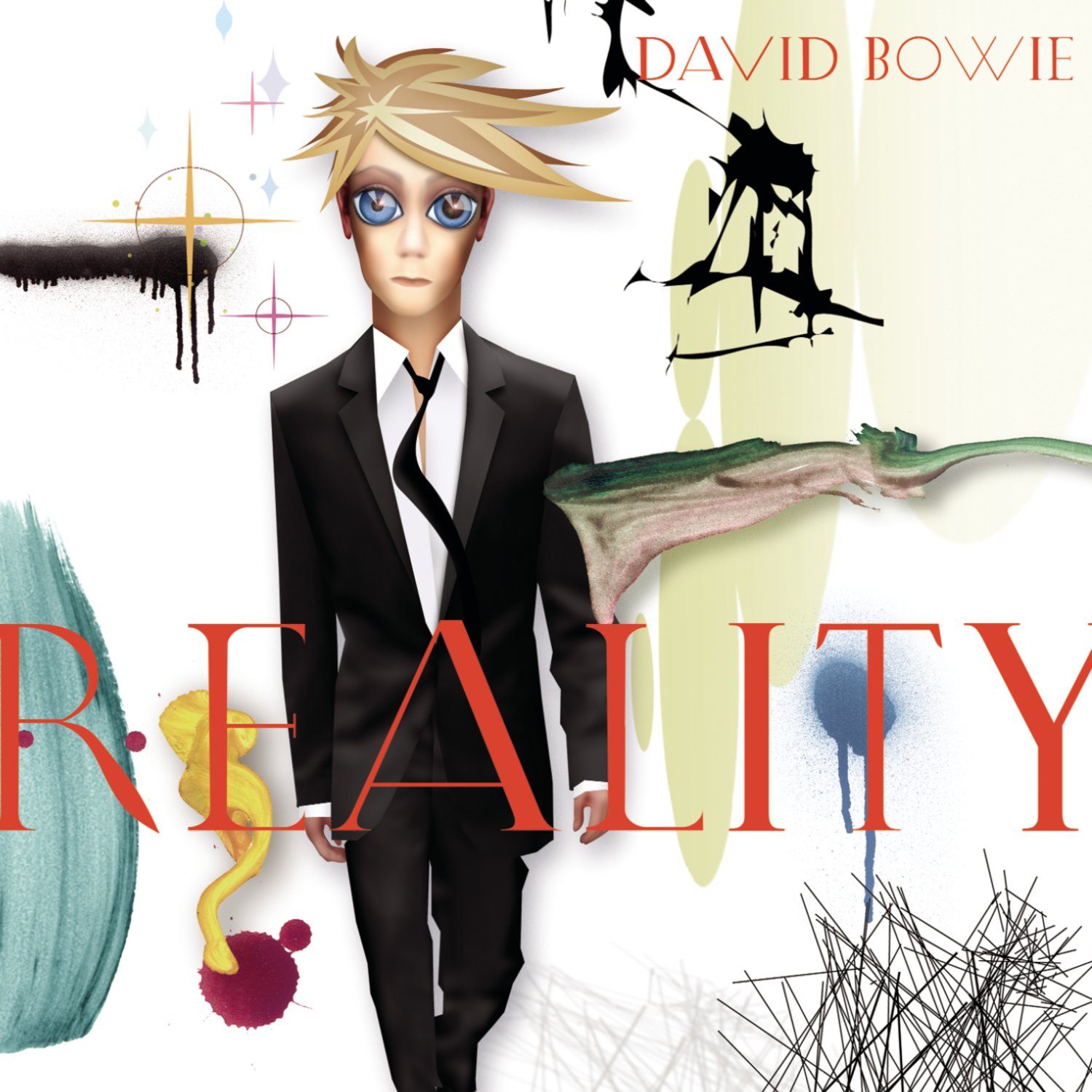 David Bowie’s Reality came quickly on the heels of Heathen, releasing only 15 months later. Having found a groove with Tony Visconti in the studio, Bowie pivoted directly from touring in late 2002 to recording in January of the next year. The energy from the previous album carries over, and if Reality sounds less revelatory than its predecessor, it is only because the sonic territory Bowie treads is rich and worth mining further.

Opening with an evocation of 9/11, “New Killer Star” is anchored by the kind of fat, crunchy guitar sound Bowie employed in the early ‘70s before opening up in the bridge and chorus where the vocals elide the difference between “nuclear” and the “new killer” of the title. Bowie sings, “I discovered a star/ I got a better way/ Ready, set, go” and it comes off as both a perfect way to launch into an album and to reify the inauguration of this new phase in his art and career.

“Never Get Old” settles into a thick groove due to Visconti’s bass line while the lyrics walk a tricky line between the anxiety of aging and the fear of a long life lived without meaning. But the power of Bowie’s vocals is such that you believe, for a moment, that he might really live forever, or, at least, that he believes he might. The title track sees Bowie looking back on “tragic youth” and pointing out all the ways he tried to distance himself from his own life, before being pulled back down to earth, to reality. The song goes by at a blistering clip, like Bowie can’t dwell on these thoughts too long. He sings “I look for sense but I get next to nothing” and by song’s end, the lyrics have morphed into abstract vocalizing.

Like Heathen, Bowie takes the chance to mix in some cover songs here, too. “Try Some, Buy Some,” a George Harrison composition originally recorded by Ronnie Spector, is probably the best version of the song, even if not a highlight on Reality – treading some of the same themes Bowie elucidates better elsewhere and not offering much new in terms of arrangement. His cover of The Modern Lovers’ “Pablo Picasso” is far more successful. Forming a great one-two punch with the opening track, Bowie turns Jonathan Richman’s off-kilter composition into a raucous stadium-ready rocker. Bowie tweaks the vocal phrasing significantly, while retaining the songs core structure and Richman’s lyric sense of humor, offering some contrast with some of the more serious content on the album.

Given the hiatus that would follow this record – and, now, Bowie’s death – it’s hard not to look for portentous phrasings. After all, one of the lyrics on “Reality” is “Now my death is more than just a sad song.” The elegiac “The Loneliest Guy” and almost-folk ballad “Days” are the sound of an artist and person – as is to be expected at this stage – taking a moment to survey their life and career as they age. They aren’t maudlin, these songs, but mature.

That maturity is suffused throughout the sound of the record – which is tastefully and effectively produced, if not particularly daring – and its content. On “Fall Dog Bombs the Moon,” Bowie even tries an oblique pass at political commentary, taking a stance against the looming (and by the time the record came out, ongoing) War in Iraq. That the song was supposedly written in 30 minutes should tell you something about the complexity of this commentary, but still, the song is good – and points to Bowie for seeing things correctly at such an early stage. That spirit remains in the album’s title, too, of which Bowie said that reality, he thought, had become more and more abstract and subjective, that “knowledge seems to have been left behind and there’s a sense that we are adrift at sea. There’s nothing more to hold on to, and of course political circumstances just push that boat further out.”

The record closes with the stunning “Bring Me the Disco King,” a song Bowie had been trying to record since Black Tie White Noise. Nile Rodgers, who worked with Bowie on this earlier version of the song, described it as a kind of disco pastiche. For Reality, the original tempo of the song was cut in half, lending a mystery to the track it had previously lacked. Slinking across almost eight minutes, the song is stripped bare compared to the rest of the guitar-centric Reality. Bowie croons the opening line – “You promised me the ending would be clear” – and from there proceeds to glide above Mike Garson’s lively piano and Visconti’s thumping bass. The key that unlocks the track is Matt Chamberlain’s percussion. Originally recorded for another song entirely, Visconti looped the drums, lending the song a recurring, ghostly quality. On its own, the song is among Bowie’s best, but it is notable, too, for how it portends the final sonic evolution he would undergo on Blackstar.

For nearly a decade, it looked like Reality would be Bowie’s last album. Like the tour that followed it – abruptly ending due to an emergency surgery – this lent an enormous weight to the work. But unlike the tour, which was Bowie’s last, Reality was released from its unintentionally significant placement in his discography. Listeners can approach it now freed of this (anyhow, unfair) baggage and take the album in for what it is: a solid Bowie album with a few highs and not any serious lows – the sound of an artist emerging from a restless and creative wilderness and finding steadier footing. It would have been a shame to have to look at Reality as a farewell, since it and the preceding Heathen amounted to Bowie clearing the cobwebs and finding a way forward.

Bowie, thankfully, got to manage his own exit after his decade hiatus with two more albums (again, with Visconti), eventually landing on the star he discovered at the beginning of Reality and fulfilling the promise made on its closing track.

Blackstar isn’t just a death mask, or a puzzle box – even as it is those things, too – but…