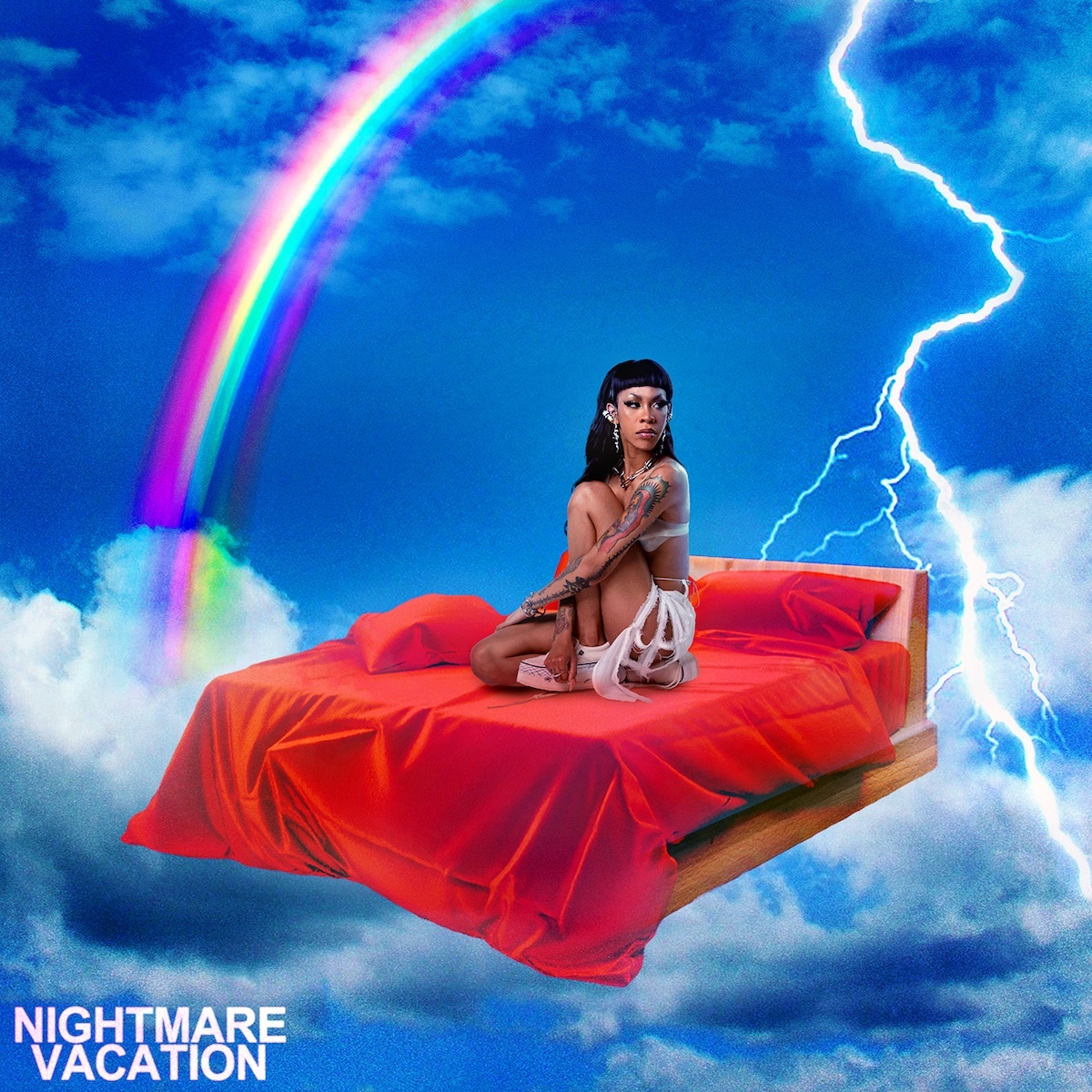 Elements of Rico Nasty’s debut album, Nightmare Vacation, have floated around rap consciousness for the past two years through a slurry of strong releases with Kenny Beats where she solidified a brand of hip-hop so pungent in its brattiness that she legally trademarked the term for it, “sugar trap.” Nightmare Vacation doesn’t feel like a debut because her persona was already solidified through prior releases. It doesn’t feel like it’s only been two years since Rico signed with Atlantic because she’s been carving a spiked-Crocs logo in Maryland hip-hop for years. Nightmare Vacation is the tipping point for Rico. Despite how effortlessly she levitates between snarling and a recently discovered pop aptitude, much of it winds up as fluff.

Nightmare Vacation hinges on Rico’s persona; a potent combination of rambunctiousness, charm, and a need to provide for her son and empower other women. Rico wishes to impart young girls with self-confidence and an indifference in the preconceptions of others, values for which she’s championed sex workers in their harshly stigmatized profession. As such, all of Rico’s prior music felt like she was rallying for something beyond herself.

Nightmare Vacation is bereft of these heartfelt ambitions. It’s difficult to find a through line that connects tracks like “10Fo” or “No Debate” to the Rico that rapped so defiantly for the women who couldn’t. This is furthered by the lack of clever wordplay or lyrical revelations. There’s a dearth of memorable punchlines in all the hoarsely shouted choruses and pitch-shifted bubblegum hooks and elongated pouts. Yet Rico could be rapping gibberish and it’d still be entertaining. “IPHONE” draws from PC music’s hyper-edited aesthetics and Rico sinks into the role as well as she does on the crass bombasity of “Candy” and on poppier, topical ventures like the Aminé duet “Back & Forth” or the addictive “Don’t Like Me.”

“Loser” flaunts an airy beat riding a sensual guitar line and “No Debate” bubbles into Billboard pop rap pastures but the industrial “Let It Out,” courtesy of 100 gecs, and imposing keys of “Check Me Out” show Rico isn’t fully committed to abandoning aggression. From Nightmare Vacation’s opening until “Back & Forth,” she bounces through a cavalcade of styles, spitting nothing memorable but with enough flair to justify the ride. After that, the record lulls into a slew of forgettable tracks due to a combination of unimpressive production and Rico leaning too heavily into insolence.

Nightmare Vacation closes on a remix of her biggest track “Smack a Bitch” (a rally cry for an armada of Rico Nastys). But to close an album touted as not being about bashing people’s brains with the track solely about bashing people’s brains signals an endgame for Rico’s character. What is Rico Nasty beyond her image and solid delivery? Nightmare Vacation is a line in the sand where Rico has to find that answer herself.