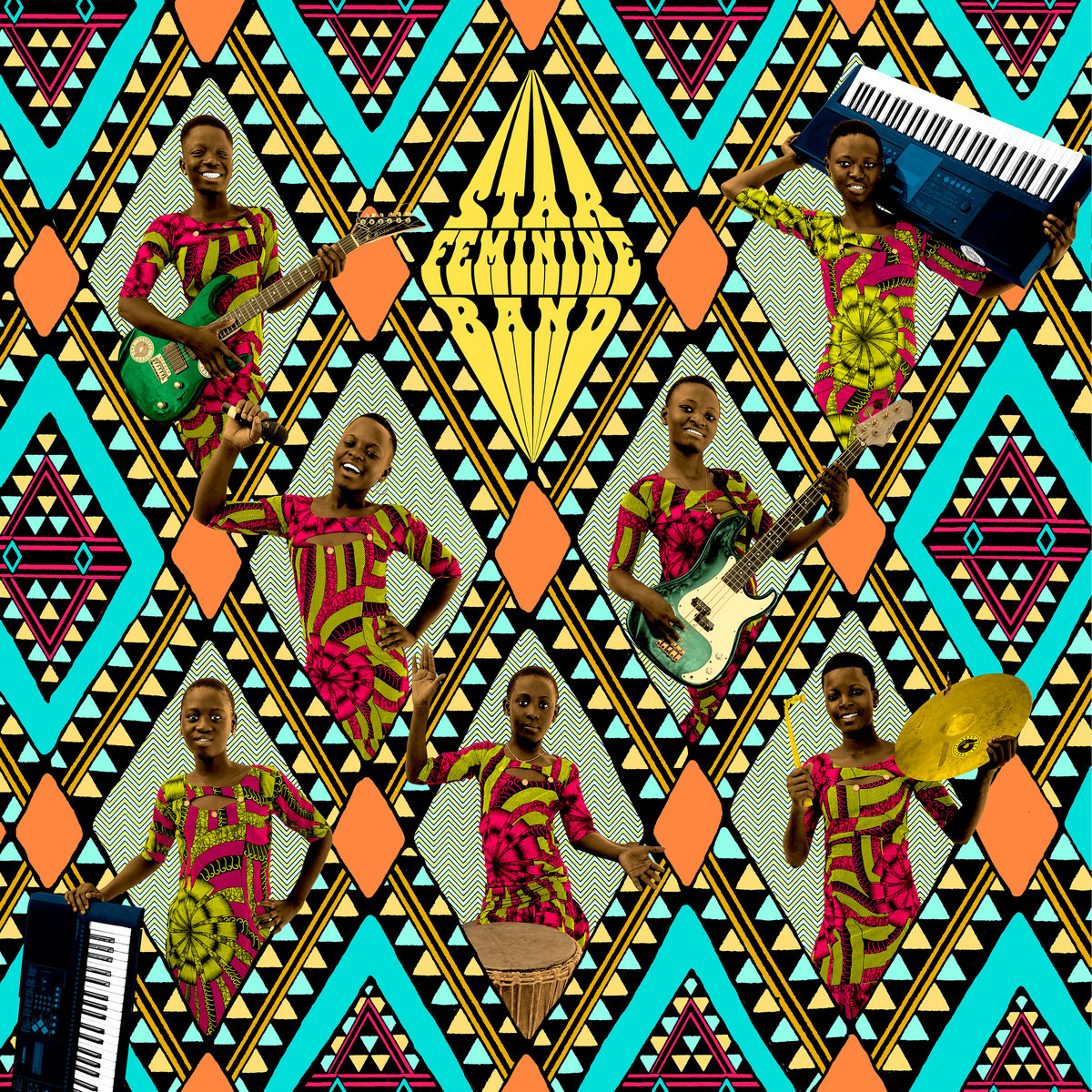 In a world that seems to be falling deeper into oblivion on an almost hourly basis, It’s impossible not to root for Star Feminine Band. On paper, they’re the definition of manufactured pop: The group consists of seven girls, aged from ten to 17, recruited by a radio station. What makes Star Feminine Band different from other girl groups is that they’re from the West African nation Benin and sing about forced marriages and genital mutilation. Yet despite the struggles they’ve experienced, their music is full of resilience and joy, a catchy universal language that shines a light and keeps a beat for a troubled world.

Opener “Peba” sounds like an instant hit, and in fact makes for the album’s first music video. The group infuses the vocal and rhythmic elements of highlife with a swirling garage-band ebullience and a discipline remarkable for musicians who, in some cases, had never even seen musical instruments before answering the radio station’s call. The girls’ enthusiasm comes with a message; according to press notes, the lyrics, sung in the Waama language, are “about how education enables young girls to truly be themselves.” With a bit of a Congolese rumba beat, the French song “Femme Africaine” encourages the women of the continent: “You can become the country’s Prime Minister/ Get up, something has to be done/ African woman, be independent/ The country needs us, let’s go to school.” The moodier “Iseo,” sung in the Bariba language, is a call for the diverse cultures of Benin to come together: “Men and women, let us rise/ From the south, from the center, from the north/ Let us unite and be one so that the country can evolve.”

The album’s original songs were composed with input from the young musicians, and led by Andrè Balaguemon, a local musician who launched that fateful radio station call in 2016. “In our region, women are marginalized, humiliated, also beaten,” he says. “I simply wanted to show the importance of women in the societies of North Benin by forming a female orchestra.” With the backing of officials in the remote town of Natitingou, Balaguemon taught music to his young charges (including two of his own daughters) and at the same time insisted that they keep up with their regular schoolwork.

While many Americans are struggling more and more, it’s sobering to read of a typical girl’s life in Benin. The children are frequently taken out of school in order to help make ends meet for their families, which means selling bananas or peanuts by the side of the road. Many Beninese frown upon the idea of women playing music. Yet the girls of Star Feminine Band, looking up to such musicians as Miriam Makeba and Benin-born Angélique Kidjo, have a more promising future. The celebratory “La musique,” whose lilting soukous guitar figures come from 14-year-old Anne Sayi, feels like the album’s centerpiece, with an anthemic chorus and keyboard ear-worm that is sure to inspire other young musicians in their community—and enchant music fans around the world.