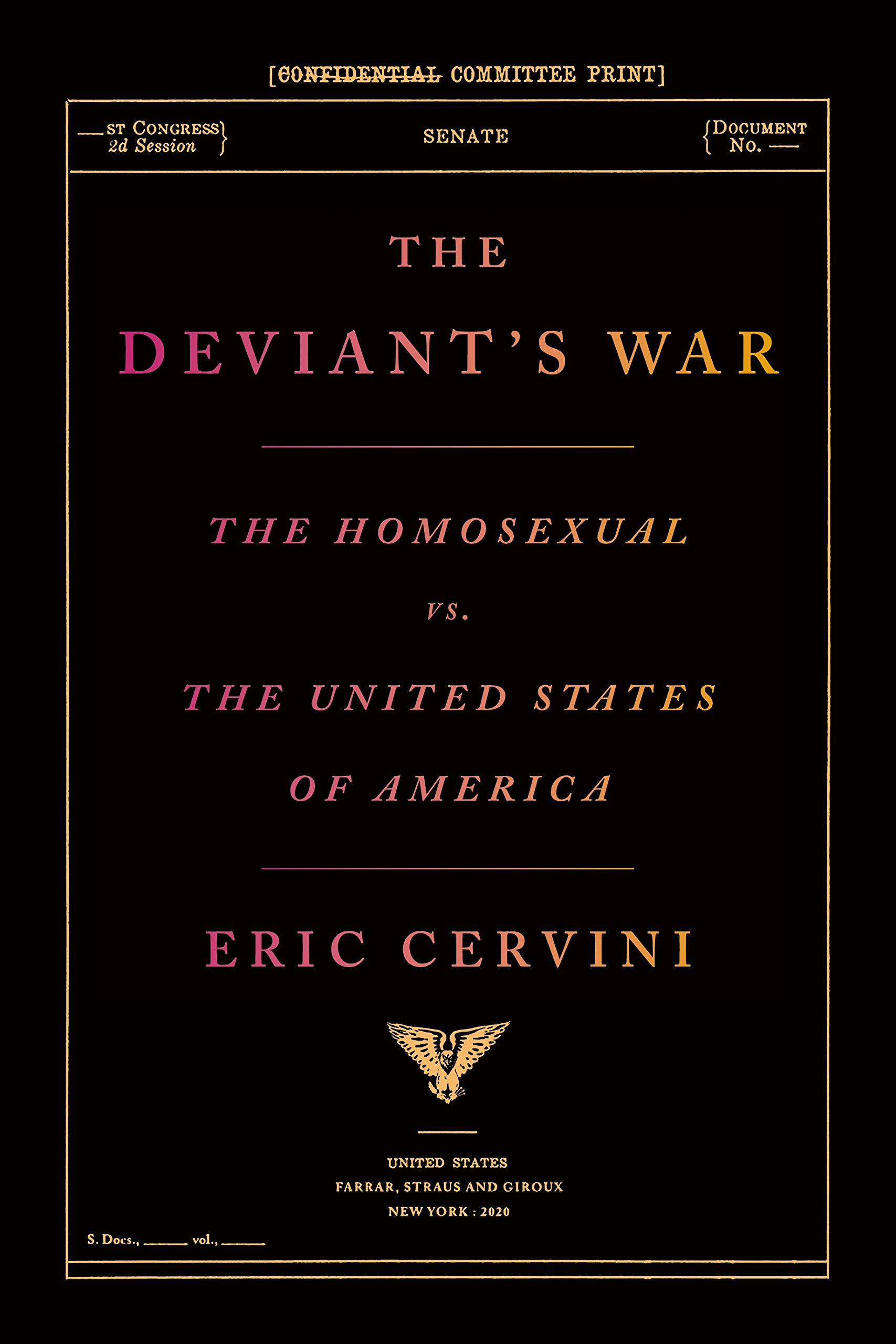 For most, the idea of militant gay politics as they have come to be defined and known over the last several decades began with the Stonewall Riots of 1969. Here, gay men and women clashed with police during a series of spontaneous demonstrations in the wake of a June 28th police raid on the Stonewall Inn in Greenwich Village. And while it was certainly a watershed moment in what would become the gay liberation movement of the 1970s, it was a flame that grew from a long-simmering spark. LGBTQ+ historian Eric Cervini’s exhaustively researched The Deviant’s War: The Homosexual vs. The United States of America seeks to, if not necessarily correct this assumption, at least provide greater insight into the cultural climate which gave rise to Stonewall and those proto-gay rights organizers whose names and deeds might not be as well known.

In 1957, Frank Kameny was a young, highly intelligent and highly ambitious astronomer working for the United States government in the Department of Defense. Following Russia’s launch of the Sputnik satellite, the U.S. found itself quickly embroiled in the increasingly heated Space Race. Kameny’s highly specialized skill set – something he’d been honing since he was a child, having settled on astronomy by the age of six and finally earned his PhD from Harvard following a stint in the Army during WWII – found him in great demand. With a seemingly limitless future in aiding the United States’ attempts to venture into space, Kameny appeared to have it made.

Unbeknownst to his coworkers, however, Kameny was leading a separate life exploring the assorted “homosexual scenes” of Washington D.C. and, when business called, the assorted coastal cities catering to a homosexual population. Due to the legal issues and massive social stigma surrounding homosexuality at that time, Kameny rather understandably kept his sexual orientation under wraps. However, he had largely long since made peace with his identity. Using his penchant for logical reasoning, he had come to the conclusion that there was, in fact, absolutely nothing wrong with him desiring men. Rather, it was society in general that was mistaken in its assumption homosexuality was a form of deviant behavior rather than something completely and totally normal.

At that time, homosexuals were prohibited from holding government jobs of any kind out of fear of their easily persuaded and/or manipulated personalities. Dubious anecdotal histories offered several purported instances of gay men whose sexual orientation resulted in their downfall, their homosexuality being used as an excuse for their lack of loyalty to their respective countries and thus posing a massive security risk. It’s yet another one of those gigantic lapses in logic that seems to belong to some far-off era, several hundred years removed from the modern age rather than within the last century.

Yet such was the concern, particularly with regard to security clearances required to work within the government’s defense and space programs. When Kameny was questioned about an arrest several years prior in a men’s room in California, he neither affirmed nor denied his homosexuality, something he (quite rightly) saw as completely irrelevant to his ability to perform his job. This encounter would lead to his dismissal from the United States’ government at a time when they could not have afforded to lose someone so valuable.

The discriminatory practices would subsequently spark a legal battle that would stretch over decades, as Kameny and others took their grievances before the U.S. government in an attempt to gain recognition for their sexual orientations. During this period, he and hundreds of other government employees lost their jobs due to an increased pressure to flush out gay men and women, all of whom were bizarrely thought to be a greater security risk due to their “questionable moral fiber.” Through his work in the Mattachine Society – one of the earliest gay rights organizations in the U.S., founded in 1950 – both on a national level and, more crucially in Washington, D.C. and the East Coast, along with partnerships with offshoots of the ACLU and other civil rights groups, Kameny and a handful of gay men and women helped establish the framework upon which the gay rights movement would eventually stand.

Cervini offers a broader contextualization for Kameny’s crusade, bringing in assorted civil rights leaders and groups, fellow gay men and women who had similar aims and cultural and societal shifts that both helped and hindered Kameny and company. This approach helps better frame the overarching narrative, making Kameny the unifying factor throughout and using his story to help illustrate the broader history of proto-gay rights champions.

It’s maddening to read The Deviant’s War and have to reckon with the level of discrimination and persecution these men and women had to undergo in order to live their lives in a manner meaningful to them. The fear of being outed at that time in particular is palpable, making Kameny’s willingness to have himself outed in the press and come forth as a figurehead for a movement all the more admirable (the majority of his fellow Mattachine Society members used pseudonyms for fear of losing their jobs or facing possible social retaliation). That we’re still dealing with a number of similar issues in the 21st century shows just how deeply hate and intolerance are engrained in the framework of American society. The Deviant’s War should read as history, yet it feels wholly relevant to our modern era, a quality that only serves to enhance its significance and importance, offering up a microscopic examination of these little-known, yet massively significant events in America.