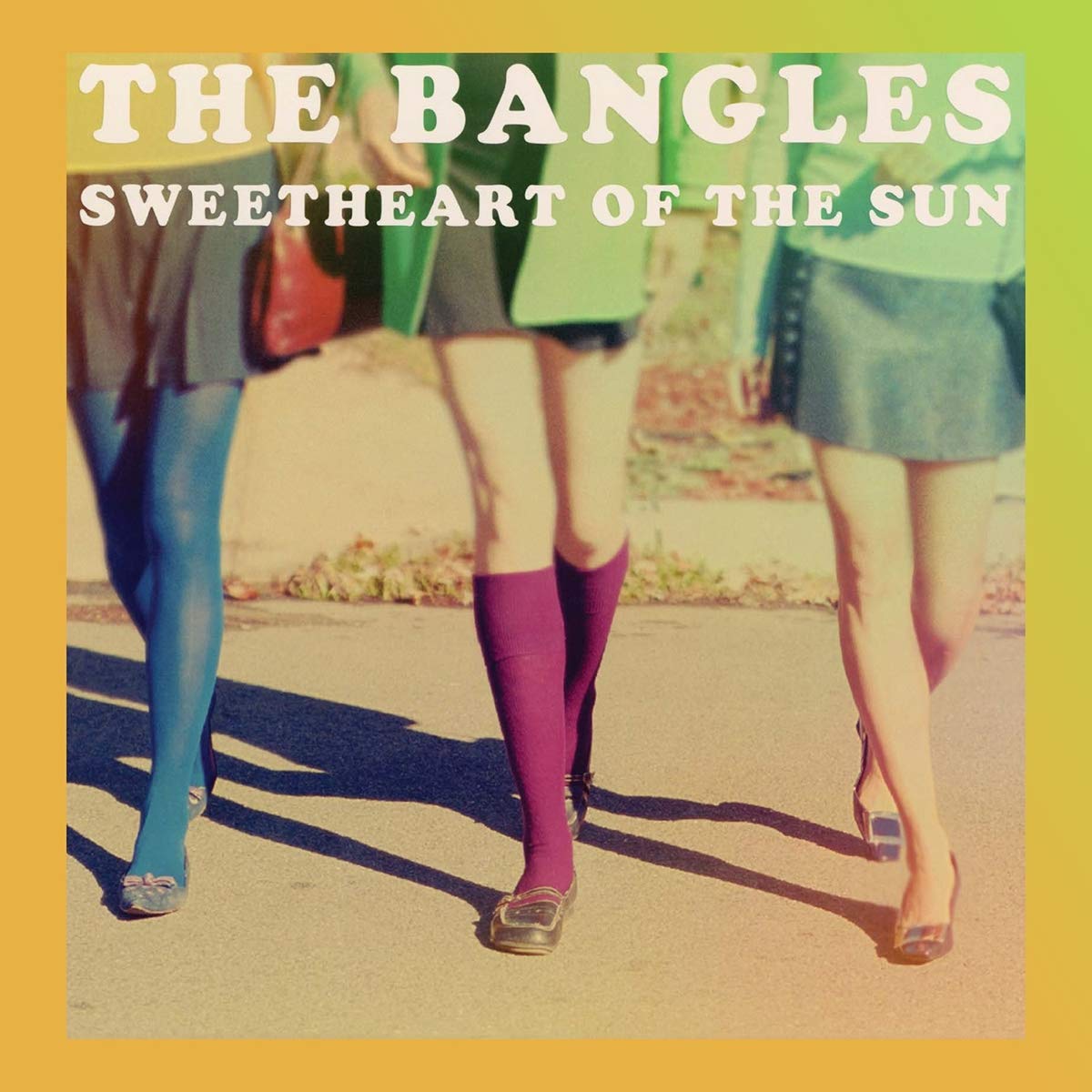 It’s unfortunate that most of the Bangles’ biggest hits have been cover versions, from “Manic Monday” (written by Prince) to “A Hazy Shade of Winter” (Simon & Garfunkel). This tends to detract from their place as a pioneering all-female group, writing and performing their own material at a time it was still regarded as a novelty.

If it’s time to reappraise their legacy then Sweetheart of the Sun, now being reissued on purple and pink vinyl, is a solid addition to their catalogue.

Originally released in 2011, it’s only their fifth long player, despite forming over three decades ago in California. The second to be released since they reformed in 1998, it’s also their first to be recorded without bassist Michael Steele, who departed due to artistic disputes in 2005. She’s replaced here by session player Derrick Anderson, although original member Annette Zilinskas has subsequently re-joined.

The album acknowledges their female forebears on opening track “Anna Lee (Sweetheart of the Sun).” Written in response to Sheila Weller’s book Girls Like Us – a three-way biography about Laurel Canyon’s Carole King, Carly Simon and Joni Mitchell – it creates a composite character they want to celebrate. “All of us who came in later/ Quiet power, simple grace/ No man could put you in your place right now,” sings rhythm guitarist Susanna Hoffs.

The power-pop harmonies on the opener and the other 11 tracks on the album are immediately identifiable as the band’s core sound. Yet while it’s distinctive, they’re prepared to incrementally push their sound.

There’s a country feel to “Circles in the Sky” and “What a Life,” on which Vicki Peterson takes lead vocals. “Ball N Chain” with its chugging slide guitar and “Sweet and Tender Romance” are also heavier and bluesier than their usual sound. The latter in particular, which is a cover of a 1964 single by UK girl group the McKinleys, has the garage-pop sound of their early years.

The co-production, by Matthew Sweet, encourages this slightly rougher edge. If their commercial peak, with 1988’s Everything, saw them being packaged as polished soft rock then here they benefit from working with a fellow power-pop aficionado. A regular collaborator on Hoffs’ solo material, he allows a looser feel that gets the most from their ‘60s influenced pop and harmonised songcraft.

The absence of Steele doesn’t unduly affect the harmonies although some of the individual lead vocals are a little weak, especially when Hoffs tries to reach the high notes on “Under a Cloud.” Their pop sensibilities and unerring ability to hook an earworm nonetheless carry tracks that variously reference the Beatles’ “Norwegian Wood” (the introduction to “Through Your Eyes”) and Big Star’s “September Gurls” (the opening chords of “Mesmerized”).

They more directly reference their influences with “Open My Eyes”, a cover of Todd Rundgren’s early psychedelic band the Nazz, and “I’ll Never be Through with You,” a co-write with former Go-Go’s guitarist Charlotte Caffey. That these tracks sit so easily within the band’s sound speaks volumes about the way in which they absorb influences and the distinctiveness of their now three-part harmonies.

Coming eight years after their previous album, Sweetheart of the Sun is a labour of love and a refusal to play the nostalgia game. There’s enough on it to vindicate their decision; it might not contain another hit single, but at this stage in their career it’s probably enough to still be pushing the boundaries of their power-pop sound.