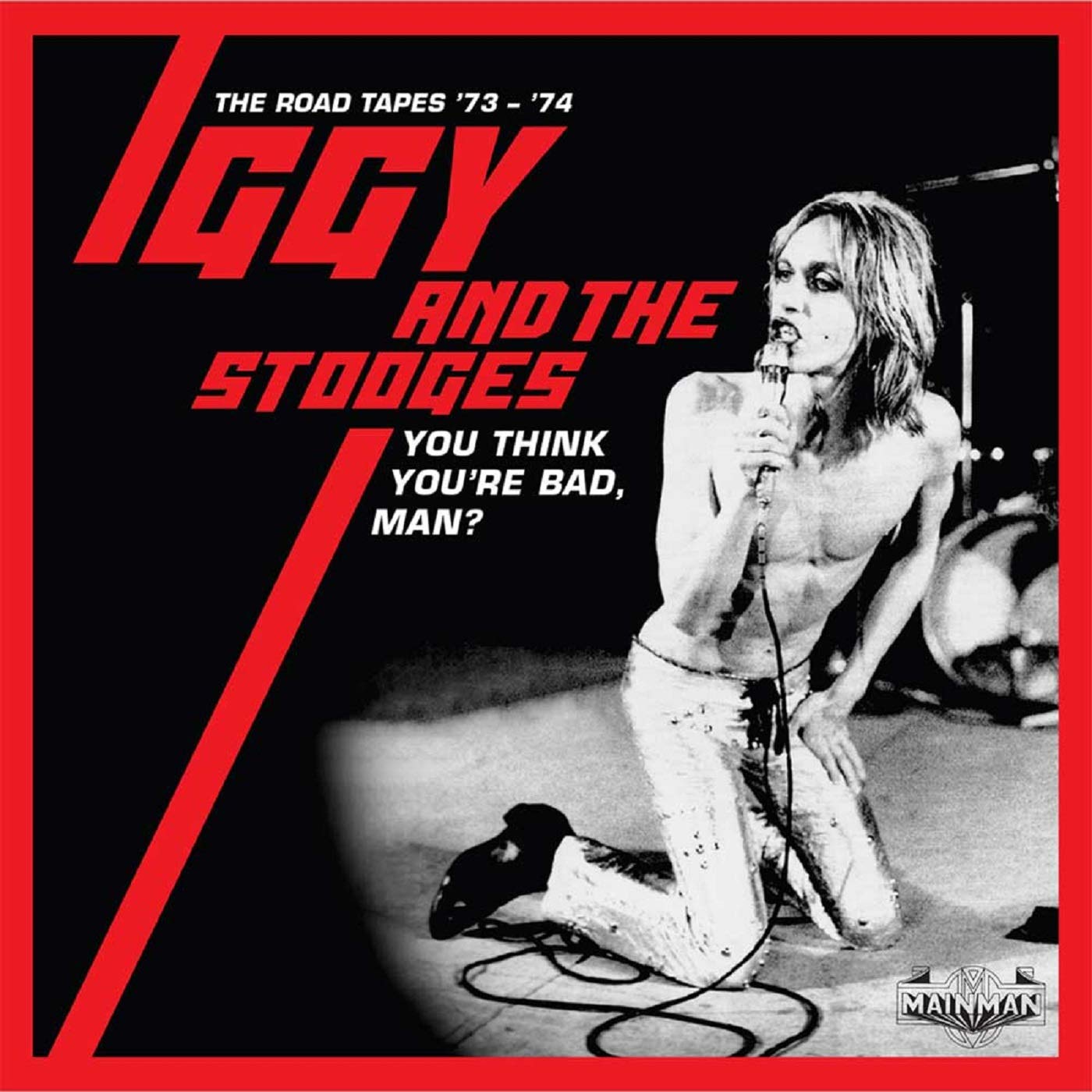 Befitting their nature as perennial outcasts, the Stooges at this point owe as much of their legacy to copious bootleg recordings as their actual, official documents. Naturally, this has made tracing the group a difficult task, with no end to repetitive collections of demos and gigs. Recent efforts to organize such treasures into definitive sets. Cherry Red’s You Think You’re Bad, Man? The Road Tapes ‘73-‘74 is but the latest and among the most sprawling of such archival releases, a box of five concerts the band gave in its final months. Compared to the recent issue of the band’s 1970 performance at the Goose Lake Festival, which showed the group still hungry and ambling for success, these shows find the Stooges splintering from the pressures of rapidly fading commercial prospects and spiraling drug addiction. The band take out this tension on the crowds, filling setlists with new, unreleased material and pushing their confrontational and daring live act into outright antagonism.

Arranged chronologically, the set charts an internal breakdown that manifests in increasingly hostile performances. The first show, a September 1973 performance in Los Angeles, mostly consists of cuts from Raw Power along with a few new tracks in the process of being workshopped. The final performance, and indeed the then-last-ever performance by the band, comes mere months later at the top of February and offers only “Gimme Danger” as a tether to the past while otherwise throwing the crowd to the wolves with slovenly renditions of new cuts that will never make it past the demo stage. Enthusiasm from crowds gradually gives way to contentiousness, culminating in the notorious last show, where, yes, you can indeed hear the sharp crack of a beer bottle thrown at Iggy Pop’s head explode on a speaker.

In terms of audio fidelity, one must keep in mind that these are documents of a cult band in the midst of combusting to an ever-dwindling audience of increasingly hostile punters, so it should come as no surprise that most of these bootleg tapes sound as if they were recorded from the venue bathroom by someone who went in to shoot up and nodded off for the whole show. The opening Whisky-A-Go-Go recording is so murky that it’s sometimes difficult to tell when Iggy even comes to the mic, though admittedly that’s also because his vocals often descend into strung-out slurring and moaning. Indeed, the cleanest sound on the entire five-disc set comes about halfway into the December 31, 1973 gig from New York when, between songs, an audience member can be heard screaming “Go home!” in perfect clarity

Nonetheless, come to terms with the muddy audio quality and the awareness that this was a group barreling toward the edge of a cliff and you’ll be rewarded with some shocking insights into just how innovative this band was right up to the end. By 1973 and ‘74, rock was in its most imperial, self-indulgent and technically demonstrative phase, with new guitarists emerging on a monthly basis to add to the arms race to craft the most dazzling solos. But to hear the Stooges at this stage is to experience a band who took the baton from the Velvet Underground’s attempts to test the tensile strength of a single chord and pushed it even further. This can be best heard at the Whisky show, where new songs like “Head On” and “New Orleans” and especially “Open Up and Bleed” are given extended workouts that are too two-dimensional to be called jams but nonetheless play into the Velvets’ genius of showing just how much mileage you can get from repetition and breakdown.

The Stooges were always smarter (and more musically talented) than they let on, and if they tend to be seen as the raw embodiment of the kind of gutter trash that Lou Reed and co. played up as a romanticized image, that precludes just how precisely the Detroit noisemakers ran against the tide. At a time when the social consciousness of ‘60s hippie rock was giving way to the egotism that dwelt within it, the Stooges crafted songs like “Dirt” and “No Fun” that ran completely counter to rock-god poses. Raw Power leaned into this antisocial slant, but it’s the material for the never-recorded fourth album that embraces such nihilistic furor that, had said LP ever been completed and materialized, it might have rendered the entire punk explosion redundant. Even beneath the layers of murky tape, the ferocity of tracks like “Rich Bitch” and “Cock in my Pocket” seethe with Pop’s rage, and it’s hard to imagine anyone else in early-‘70s rock with the confidence to scream out the title of “Wet My Bed” over and over again more than a decade before post-post-punk college rock groups would embrace that level of irony.

The cleanest audio in the set belongs with the New York set, which perhaps inevitably is also the sloppiest performance from a cohesive standpoint; at numerous points, everyone is out of step with each other. Yet if Fun House-era Stooges flirted seriously with avant-garde jazz, here they reveal their true nature as Jerry Lee Lewis’s bastard, untameable children as Scott Thurston’s piano is heard clearly smashing away at chords as if actively trying to break the wires inside. The best material here, though, is that final gig, already immortalized on Metallic K.O. But with relatively stable audio and the palpable hostility of the crowd, the February 9 show remains one of punk’s greatest documents, and such a pure encapsulation of that genre’s penchant for self-immolation that only Johnny Rotten sitting at the edge of the Winterland stage a few years later asking “Ever get the feeling you’ve been cheated” can match its bleak, defeated anger. Stooges fans will always have to contend with the poor audio of various unofficial tapes, but You Think You’re Bad, Man? is a phenomenal document of a band as caged animal, lashing out at all the hands coming to snuff it out.