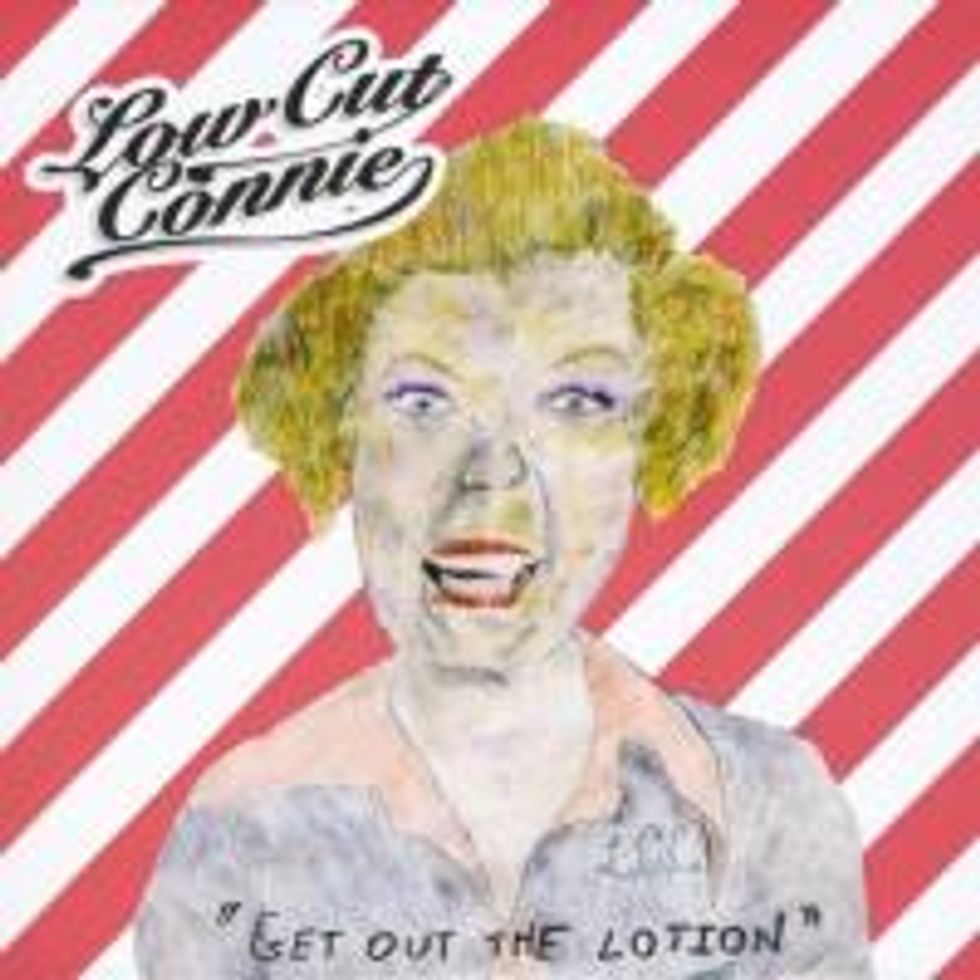 Somehow, Low Cut Connie seems to have finally made it during 2020, a stretch when most musicians found their artistic struggling deeper. Frontman Adam Weiner was named a “Pandemic Person of the Year” by The New Yorker, largely due to his energetic live stream series “Tough Cookies.” New album Private Lives made its way onto a number of notable year-end lists, and the band, while maybe not a household name, certainly has the public’s attention by now.

The ascension doesn’t make a ton of sense. Weiner comes from an experimental theater background, playing rock ‘n’ roll at a time when his throwback influences aren’t necessarily in fashion. The early records were full of raunchy sentiments and even the album covers didn’t suggest much of a highbrow aesthetic. One way to read the group’s narrative (and it’s not an inaccurate one) would be to see Weiner’s writing shift from mindless fun in the gutter to more thoughtful takes on marginalized figures, including his own fan base. At the same time, the group became more ambitious musically, adding in not just more R&B influences but embracing a wider range of rock for a bigger sound to support the more piercing ideas.

That line of thought largely explains the band’s success after 10 years (as long as you add in the extreme hustle Weiner’s put in to advance the band), but it makes light of the early albums, as if they were simply a prelude the later, more mature records. That approach misses the joy and the intelligence of those first discs, a time when Weiner could sound more interested in transgression for its own sake than in careful analysis, but also when he was already merging high-spirited bar rock with witty lyrics and strange offers of solidarity.

Get Out the Lotion began the whole story as Weiner and bandmates (most notably Dan Finnemore, who contribute four of the 11 songs) casually put together a record in 2010 and self-released it the following year, when it managed to both fly under the radar and getting attention from critics like Robert Christgau. From title to cover art, the record doesn’t attempt to appeal to everyone; it’s clear you’ll need a shower after this one, and the band follows through on that winking promise.

The band hasn’t fully found its footing yet – the album has a couple clunkers – but it doesn’t lack confidence. “The Cat & the Cream” opens the show with a retro number bragging about being the one who got the hot girlfriend. Weiner’s piano comes straight from his days performing in happily deviant location, as he never struggles to make even Sun Records sound salacious. The strut, though, comes with an awareness of the struggles in the forgotten places of life. The group’s not chasing some mythic underbelly. They’re here to sort out what’s wrong at home in “Big Thighs, NJ” (the comic name smirking past the darkness in the song).

For the most part, there’s no revelation in Low Cut Connie’s pursuit of the margins. The group’s more likely to provide acknowledgment and then just jump in. “Rio,” one of the two absolute classics on this album, demonstrates the jouissance of this liberated life. Weiner’s strange narrative involves a number of surprises, plenty of glee, and a general lust for life (among other things) that’s as infectious as Rio’s streets hopefully aren’t. The band fits the pieces together well, with no showboating, but everything – particularly the little guitar honks – in its right place. With less suggestive lyrics, this song and its humor could have been a radio staple.

The other classic on Get Out the Lotion, “Right Here” has plenty of naïve heart, but the band chooses to undercut it with a smattering of profane studio chatter at the start, as if they’re unwilling to just cut an honest-to-goodness love ditty. The track itself, though, is a true charmer and an immediate earworm. At this first step in its career, Low Cut Connie has just come to play. The musicians are having fun, tossing off a few numbers and thinking about some of the less highlighted parts of life. They’re stumbling into a process that’s going to turn into something bigger and more consistent. That doesn’t undercut what they’re doing at the start, though, and Get Out the Lotion maintains its immoderate pleasures a decade later.