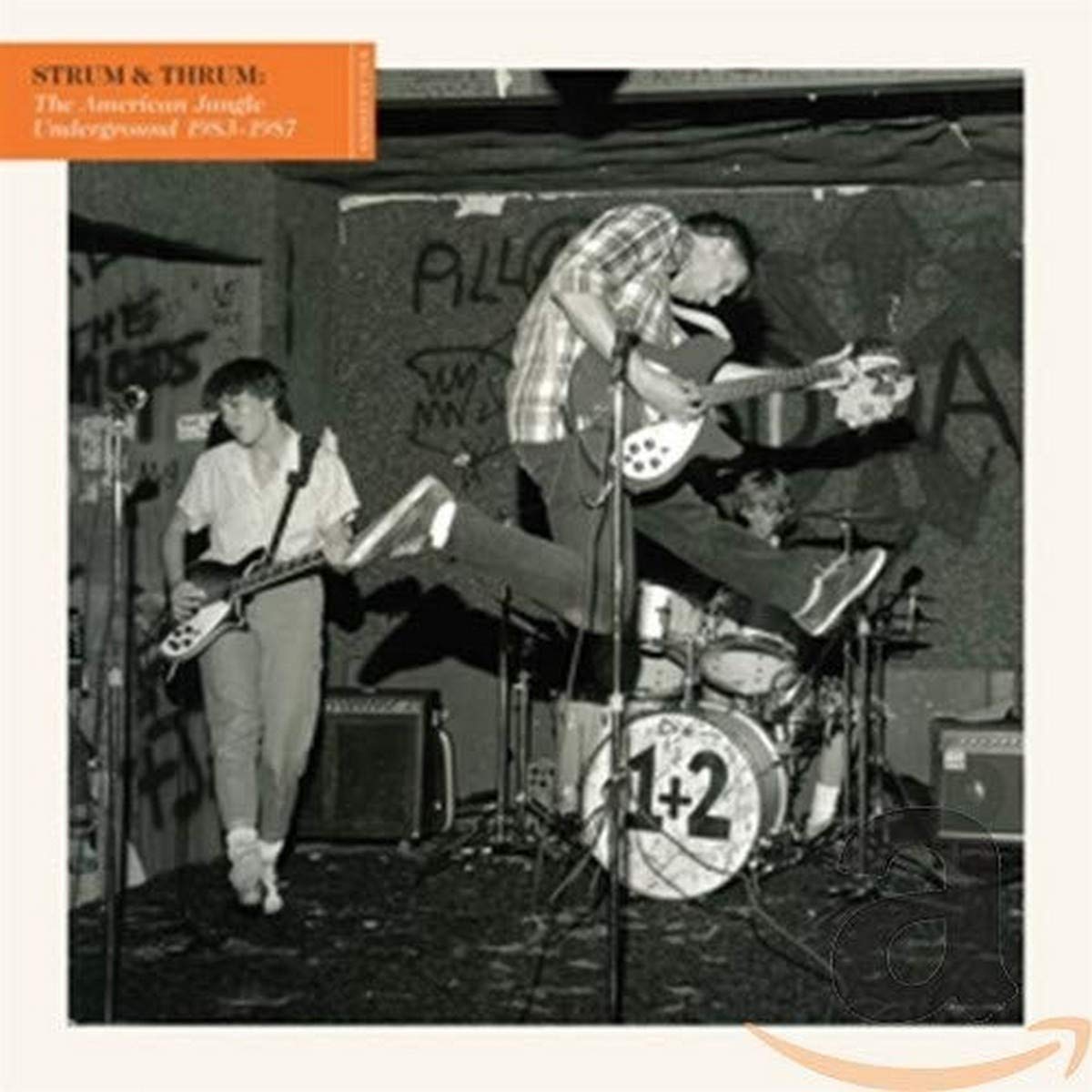 When a band strikes it rich with a given sound or template ( say, the jangly strumming of the Byrds and other mid-‘60s groups), myriad acts quickly follow suit. The hope is, in hopes to, not necessarily to reach the same ascendant heights, to get their music heard by discerning listeners careful to take the time to seek out the latest and greatest. With Strum & Thrum: The American Jangle Underground 1983-1987, the folks at Captured Tracks have taken a page out of the Numero Group playbook and compiled an absolutely stellar collection of some of the best and brightest acts following in the footsteps of R.E.M. and, to a lesser extent, groups like the dBs who sought to repurpose the sound and feel of mid-‘60s pop rock for an ‘80s audience.

Every 20 years or so, pop music seems hellbent on recycling itself, repurposing its existing parts and pieces for use in the modern age. It’s not for lack of trying new things and pushing the form forward; rather each new wave of revivalism is predicated on the arrival of a new generation of musicians reared on the music of their predecessors. In the ‘60s, it was a return to the blues and folk music of the pre-war era leading to the folk revival (and, subsequently, folk rock) and the British Invasion and its myriad American blues-influenced acts. By the ‘70s, bands were beginning to look back on the embryonic years of rock and roll, borrowing bits and pieces here and there and stripping away the artifice of what rock had become in order to unleash what would become punk.

In the years immediately following punk’s explosive arrival and fiery demise following its mainstream appropriation, a certain segment of the next generation of musicians began looking back to the ‘60s for inspiration. It was easily found in the music of the Byrds, the Beatles and countless other jangly guitar acts who built a sound around plangent chords and heavenly harmonies. When REM managed to take the sound of the burgeoning underground to greater national success in the early-‘80s, more and more bands jumped on the bandwagon of what was soon to be christened “college rock” thanks to its ubiquity on campus-based and underground radio stations.

Throughout Strum & Thrum, influences become impossible not to spot. Bangtails’ “Patron of the Arts” aims for John Lennon’s nasal snarl following a Sgt. Pepper-esque intro married to a Byrdsian guitar riff. Sex Clark Five’s “She Collides With Me” sounds like The Who at their most unhinged and willfully eccentric. Meanwhile, The Love In’s “Late as Usual” offers an amalgam of ‘60s and ‘80s sounds, playing like a punkier version of the Smiths, the band near-perfectly replicating the latter’s particular blend of jangling guitar and muscular bass lines, all filtered through mid-period Beatles harmonies.

Great Plains’ “When Do You Say Hello,” a frenetic bit of garage rock-inspired jangle adds Farfisa organ to the mix to help break up some of the more monotonous moments of pure jangly bliss. Extra points for the out-of-control tempo and questionable drumming that threatens to drive the track forever off the rails. The White Sisters’ “Misery, Me & You” is notable for the use of a mandolin, one of the many nods to R.E.M. scattered throughout the compilation, each band essentially operating in a post-R.E.M. world of college rock and jangle pop. But it’s One Plus Two’s “Promise” that goes full R.E.M., borrowing seemingly wholesale from the band’s by then (1985, when their album The Ivy Room was released on Homestead Records) signature sound. The band is also featured on the compilation’s cover, making the R.E.M. connection all the more implicit.

Of all the groups on display here, it’s Chicago’s the Springfield’s (“Sunflower”) who come closest to perfectly replicating the ‘60s sunshine/jangle pop sound from which the vast majority of these bands cribbed their sound. Their contribution is pure bliss, all Byrdsian jangle, sun-kissed, Hollies-indebted harmonies and descending guitar figure, making the Springfield’s top contenders for rightful heirs to the mid-’60s throne.

The Ferrets’ “She Was Unkind” is easily one of the weakest offerings – which is saying something, given the overall quality of the compilation and artists represented therein. There’s just something about their Byrdsian jangle that is a bit too on-the-nose, particularly with it being filtered through a punk/New Wave lens that makes it sound exactly like the strange amalgamation of eras it is; their approximation of the opening riff of “Turn! Turn! Turn!” certainly doesn’t help matters. Meanwhile, A New Personality’s “Essential Things” bears a striking resemblance to Modern English’s “Melt With You,” making it a somewhat strange note on which to end the compilation. It’s clearly commercial aims, more New Wave-oriented sound and nearly five-and-a-half minute runtime make it something of an outlier on an otherwise stellar collection of short, sweet singles.

And while it’s a primarily male-dominated collection, tracks like Salem 66’s “Seven Steps Down,” Riff Doctors’ “Say Goodbye” and 28th Day’s “Pages Turn (Alternate Version)” help to break up the testosterone-fueled ennui and heartache liberally on offer throughout. Their inclusion helps show off the often overlooked gender diversity on display in the wake of punk and post-punk’s DYI ethos, making it possible for seemingly everyone with a melody and guitar in hand to make a record. Absolute Grey’s “Remorse” sounds heavy indebted to the Bangles and even the Go-Gos were it not for the rather dark chorus lyrics: “I feel a bit remorseful now that you’re dead/ With no more darkness in your head.”

Ultimately, everything falls somewhere between The Byrds, The Beatles and The Who, more often than not struck through with a hint of punk swagger and firmly establishing the template for what came to be known as “college rock.” Strum & Thrum plays like the very best late-night college radio station playlist circa-1985 or so, all killer and no filler with plenty of unknowns and barely-remembereds delivering their absolute best material. Captured Tracks has done for college rock what labels like Numero Group and Soul Jazz have long done for vintage soul, R&B and funk, digging deep to put together a truly inspired collection of lost classics. It’s the kind of compilation that lends itself to countless hours spent venturing further down the rabbit hole, each artist offering a jumping off point for boundless new discoveries.

The Deviant’s War: by Eric Cervini